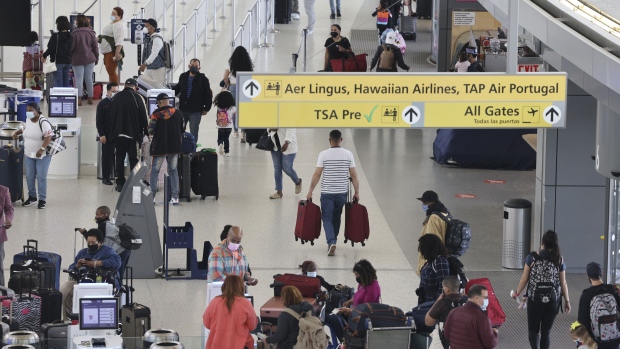 If you think herd immunity is the finish line to this pandemic, it’s time for a reality check.

Herd immunity with COVID-19 could come and go, scientists say. Or we might never reach it at all.

“There’s a lot of things that have to go our way to actually get to herd immunity,” said Dr. Christopher Murray, director of the University of Washington’s Institute for Health Metrics and Evaluation.

And with vaccine hesitancy, “I’m not sure that we are going to reach herd immunity,” CNN Medical Analyst Dr. Leana Wen said.

But don’t panic. Here’s why it’s possible to dip in and out of herd immunity, and what you can do now to maximize the chances of snuffing out COVID-19 for good:

WHY HERD IMMUNITY IS SO DIFFICULT

“Herd immunity is the point where there’s enough people that have been either infected or vaccinated that you basically can’t sustain transmission in the community,” Murray said.

“And if one case leads to less than one new infection, then eventually it peters out.”

Estimates vary on how much of the population needs to have immunity to reach that goal.

Dr. Anthony Fauci, head of the U.S. National Institute of Allergy and Infectious Diseases, has said herd immunity might be reached if 70-85% of people are immune. Board-certified internist Dr. Jorge Rodriguez estimates that number is about 85-90%.

“If we vaccinate 70% of the whole U.S. population, including kids, and then another 15-20% have already gotten (infected), I think we’re pretty close to reaching a normalcy with the virus,” he said.

But there’s a big catch: No one younger than 16 can get a coronavirus vaccine in the United States right now. The Pfizer/BioNTech vaccine is authorized for those age 16 and older, and the Moderna and Johnson & Johnson vaccines are authorized for adults ages 18 and older.

All three vaccine makers are conducting vaccine trials with children. Some health experts say high school and middle school-age children could be vaccinated by this fall, but Fauci has said younger children will likely have to wait until early 2022.

And that’s a major obstacle for reaching herd immunity, as young people can still get infected and transmit the virus.

“We have already 25% of our population not eligible for the vaccine. I mean, we’re already starting (with our) hands tied,” said epidemiologist Ali Mokdad, a professor of health metrics sciences at the IHME.

“So we want people who are eligible for the vaccine — all of them — to take it.”

A big reason we might never reach herd immunity is because not enough people are willing to get vaccinated.

If that happens, the virus will have ample opportunity to spread, slowing down a return to normal life.

“It’s important to vaccinate as many adults as possible as soon as possible,” Rodriguez said. “If you want to open up America, get vaccinated.”

That includes young, healthy adults. Not only can they be easy transmitters of the virus; many are also suffering from long-term complications such as chronic fatigue, chest pain, shortness of breath and brain fog.

Still, about 20% of people surveyed said they definitely would not get vaccinated or would only get vaccinated if their job or school required it, according to the Kaiser Family Foundation COVID-19 Vaccine Monitor.

Rodriguez said he thinks vaccine hesitancy would be reduced if everyone saw how badly coronavirus can ravage victims.

HERD IMMUNITY CAN CHANGE DEPENDING ON THE SEASON

Murray said he believes the biggest reason we can “go in and out of herd immunity” is seasonality.

“We know now that COVID-19 is quite seasonal. There’s more transmission potential in the winter than in the summer,” he said.

How could seasons impact how much a virus spreads?

“Part of it may be humidity. So there’s the idea that these respiratory viruses don’t like humidity, and because the air outside is cold (in the winter), it gets heated up inside the house, and therefore relative humidity is lower in the winter,” Murray said.

“It could be temperature itself — that the virus doesn’t like warm temperatures, it likes colder temperatures — in terms of how long it hangs around in the air or on surfaces.”

But differences in seasonal transmission could also be due to human behavior — like winter holiday celebrations and people gathering indoors because it’s cold outside.

“So there’s some physical factors, and then there’s definitely these behavioral factors,” Murray said.

Wen said she worries some people — particularly those not vaccinated — will get a false sense of security if vaccinations lead to COVID-19 decreases in the summer.

“I also fear that people are going to get complacent. They’re going to see that things are returning to normal. They can go about doing things they were able to before, regardless of whether they were vaccinated,” the emergency physician said.

“What I really worry about is that those people who are already on the fence don’t get vaccinated. We don’t reach herd immunity come the fall, and then with the winter, because coronaviruses are winter respiratory viruses, we have a big resurgence. Maybe we have variants from other countries. And we could start this whole process all over again and have another huge pandemic come the winter,” she said.

“So that is why getting to herd immunity now as much as possible is really important.”

HOW WOULD WE KNOW WHETHER WE REACH HERD IMMUNITY?

“That’s going to be the tricky part,” Murray said. “What’s going to happen, very likely in the summer, is we will see very little transmission. And I think everyone’s going to say, ‘Time to celebrate! We’re done!’

“And then sometime late in the year will be that critical period where a lot of people may get caught by surprise that COVID’s back. And that’s the tricky thing. It’s not so much how do we know we’re at herd immunity — it’s how will we anticipate that we’re going to drop out of herd immunity.”

It’ll be easier to see when we drop out of herd immunity, Murray said, because COVID-19 numbers will start spiking again.

Here’s the good news: All three vaccines currently used in the U.S. give strong protection against known variant strains of coronavirus.

But as the virus keeps spreading, replicating itself in new people, it has more opportunities to mutate. And if there are significant mutations, new and more dangerous variants could emerge.

“The more replication there is, the more mistakes are going to happen,” Rodriguez said.

“Think of a virus as a necklace full of different-colored beads. Maybe there are only eight colored beads to choose from. And in position No. 1, you need a red bead. Position No. 2 is a green bead. That’s the genetic code — that sequence of bead colours,” he said.

“When a virus replicates, it is supposed to make an exact replica of those bead colors. But every once in a while, maybe a green bead gets into where a red bead is supposed to be.”

The key is to quash the amount of virus circulating, so it has fewer chances to mutate and cause more infectious or deadlier variants.

That’s why getting vaccinated and continuing to wear masks are so important, Murray said.

TRAVEL COULD MAKE US FALL OUT OF HERD IMMUNITY

Even if the U.S. (or any other country) thinks it has reached herd immunity, global travel could introduce new variants and wreak havoc again.

That could be especially dangerous if a new variant compromises the effectiveness of vaccines or re-infects those who have been previously infected.

“Herd immunity will not happen until there is global immunity,” Rodriguez said.

And if a new variant spreads — either from international or domestic travel — it could infect even those who don’t travel.

“There might be one person in my hometown in Miami who didn’t get vaccinated. And he gets it. And it’s not a big deal (for him) because he’s 30 and he’s asymptomatic,” Rodriguez said.

“But in his body replicates (a variant). And that new virus is resistant to every vaccine. And then he spreads it to someone who’s vaccinated, but it doesn’t matter because this virus is resistant. And that person will get it. This is the absolute worst-case scenario.”

IMMUNITY COULD WEAR OFF

Dwindling immunity — either from previous infection or from vaccination — could be another reason the U.S. could slip in and out of herd immunity.

“The question is how good,” he said. “If natural immunity (from infection) is waning, let’s say, 20-30% over a course of a year or more, will a vaccine be only 10% (less effective)? These are things we just don’t know.”

With two potential problems on the horizon — waning immunity and the possibility of new, more dangerous variants — Murray said many scientists believe “people are going to end up getting vaccinated on some regular basis.”

This would be similar to how people get a new flu shot every year.

COVID-19 “may be around forever, but it may just not be as severe as it has been this time around,” he said. “That’s certainly the hope.”

HOW TO MAXIMIZE THE CHANCES OF HERD IMMUNITY

The most important step is to get vaccinated, Rodriguez said.

“By maximizing vaccinations, we can minimize infectivity and mutations,” he said.

“The more we vaccinate, the less likely we are (going to slip in and out of herd immunity) because there’s going to be less replication.”

“The virus only replicates when it infects someone. The virus does not have the material to make new viruses on its own,” Rodriguez said. “So floating around, a virus isn’t going to mutate.”

After getting vaccinated, it’s important to “still follow the recommendations by the CDC, because they will know what is happening in this country as far as variants,” he said.

“They know now, which is why they’re saying, ‘Please continue wearing masks.'”

THE BEST-CASE SCENARIO AND A MORE LIKELY SCENARIO

The best possible outcome is that coronavirus “burns itself out because there are so many people vaccinated, it has nowhere to go,” Rodriguez said. “That’s completely possible.”

But more realistically — because of vaccine hesitancy and other factors — COVID-19 will be with us for much longer, possibly in waves, Murray said.

He said people can help prevent another seasonal surge next winter by wearing masks.

By masking up, “you really have a huge effect because if there is going to be transmission, it’s going to be much less than what we’ve seen because so many people will be vaccinated,” he said.

“So it only takes a little bit more effort to sort of stop transmission in its tracks.”

Murray said simple steps now can reduce the chances of losing herd immunity in the future.

“Anything that cuts transmission will help reduce the emergence of new variants. So definitely vaccination, and definitely mask-wearing,” he said.

The fate of COVID-19 could range from coming back every year to being completely snuffed out. And the route it takes is largely in our power right now, Rodriguez said.

“Every day, every second, how long this is going to last is absolutely in all of our controls — whether we’re young or old or healthy or feeble.”