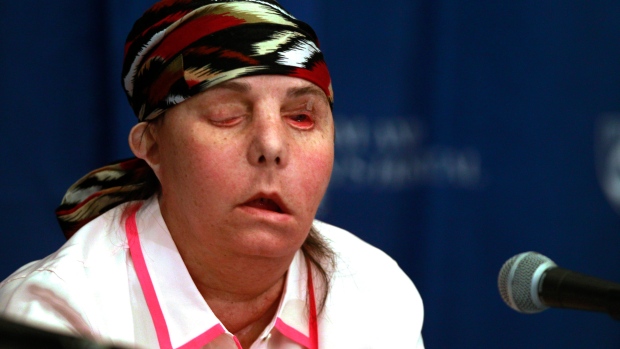 MANCHESTER, N.H. — A woman who was severely burned in a domestic violence attack in Vermont is hoping for a second face transplant after doctors recently discovered tissue damage that likely will lead to the loss of her donor face.

Carmen Blandin Tarleton was burned over 80 per cent of her body when her estranged husband beat her with a baseball bat and doused her body with lye in 2007. Six years ago, she received a face transplant at Brigham and Woman’s Hospital in Boston, where she’s being evaluated for a possible second transplant.

Tarleton, who now lives in Manchester, New Hampshire, told The Boston Globe that she has no regrets about the transplant because it dramatically improved her quality of life.

South Korea ‘all out’ to contain virus outbreak, vows to stabilize market

China counts 106 virus deaths as U.S., others move to evacuate