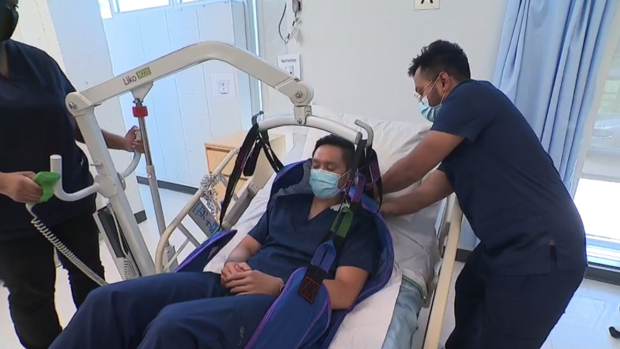 TORONTO — As the military pulls back from Quebec’s long-term care facilities, thousands of Quebecers are preparing to step in.

Among those aiming to fill 10,000 orderly positions in time for a possible second wave of COVID-19 are trainees transitioning from industries hit hard by the pandemic, like former restaurant manager Maria Dhe Paganon.

Although they’ve completed the three-week fast-track training program, much about the prospect of working in Quebec’s hardest-hit residences feels uncertain, said Dhe Paganon.

The province has been the hardest hit in the country. Quebec health officials have confirmed nearly 56,000 cases of COVID-19 and more than 5,500 deaths since March — more than 60 per cent of all Canadian deaths– most of which are in long-term care centres known as CHSLDs.

Those centres have been the object of scrutiny in recent months after a Canadian Armed Forces report found there was a “critical need” for improved staff with medical training. Though Quebec Premier François Legault had originally asked that 1,000 members of the CAF remain in care homes through to September, more than 1,000 have recently ended their humanitarian mission.

On Tuesday, Legault expressed frustration at that news, though hundreds of Red Cross workers are expected to begin work in the homes this month.

At the same time, thousands of fast-tracked recruits like Dhe Paganon were completing a final day of training, a nine-month course condensed into three weeks. The training included proper use of personal protective equipment (PPE) and practice on mannequins for physical labour such as moving a patient from a bed to a wheelchair.

For some of the new orderlies, like former truck driver Dev Rishi, the emotional toll is the most daunting prospect. Taking care of his elders is something the 23-year-old says he learned from an early age in his culture.

“Our parents took care of us,” he said. “Now it’s time to give back to them.”

Rishi said he expects end-of-life care to be the most difficult.

“We’re going to spend time with our residents. We’re going to build a relationship for five years, 10 years,” he said. “When they leave it’s going to be really challenging for me.”

With a report from CTV News Montreal’s Angela MacKenzie

‘This country must come together’: CMA urges national approach to fighting COVID-19 crisis