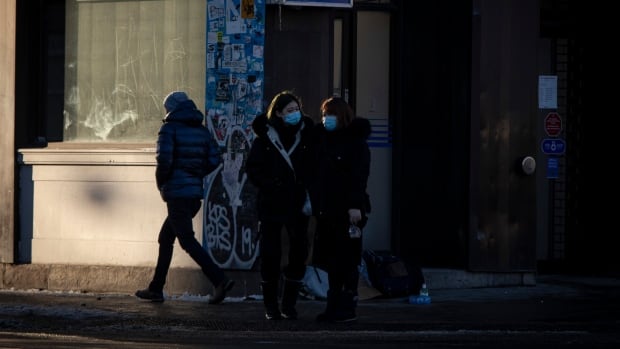 The province is reporting its first case of the South African variant of the novel coronavirus, also known as B1351, in Peel Region.

Ontario’s Chief Medical Officer of Health Dr. David Williams says the person infected had no history of travel and had no contact with a person who has been out of the country.

“With the variant, it just tells you, we have to maintain strong vigilance in our measures, strong adherence to our case contact management,” he said Monday during a provincial COVID-19 briefing. But he also said the province is seeing some positive trends.

“We’re encouraged by the data right now; we’re encouraged that maybe our stay-at-home directions and our measures are holding the U.K. variants, and may be some of these other variants, at bay,” Williams said.

Williams says the province has seen a total of 69 confirmed cases of the B117 variant, which was first detected in the U.K. He says the cases are spread out over a number of health units.

In her update Monday, the province’s Associate Chief Medical Officer of Health Dr. Barbara Yaffe told reporters the seven day rolling average stands at 1,889 daily cases, which is a drop from previous weeks.

“Overall, there is reason for some optimism. We are seeing some impacts of this lockdown.”

Ontario is reporting 1,969 cases of COVID-19 Monday and 36 deaths after completing just 30,359 tests in the previous day.

The new cases include 961 in Toronto — which may be an overcount due to a data entry issue, the province noted — 330 in Peel and 128 in York Region.

The province’s latest data shows 1,158 people are hospitalized with the virus, with 354 people in intensive care units. Of those patients, 260 are on ventilators.

Another 2,132 cases of COVID-19 have been marked as resolved.

A total of 230 long-term care homes remain in outbreak, according to the province, with 14,616 resident cases, and 6,020 staff cases. The province says 14 more residents have died after contracting COVID-19, bringing the total number of deaths to 3,543 deaths since the beginning of the pandemic.

Roberta Place says 63 people at the home have now died of the virus. There are a 49 active resident cases and 69 active staff cases, the Simcoe Muskoka District Health Unit confirmed on Monday.

The home is now facing a proposed class-action lawsuit from residents’ families who allege their loved ones were neglected by those charged with keeping them safe.

The unproven statement of claim filed to the Ontario Superior Court of Justice alleges Roberta Place, a long-term care home in Barrie, Ont., failed to take basic precautionary measures to protect against the novel coronavirus 10 months after the pandemic took hold in Canada.

Ontario Education Minister Stephen Lecce says he will announce on Wednesday the dates on which schools will reopen in the province.

“We want all students in all regions back to class,” Lecce said in a tweet on Monday.

We want all students in all regions back to class.<br><br>The Chief Medical Officer of Health confirmed to Premier <a href=”https://twitter.com/fordnation?ref_src=twsrc%5Etfw”>@fordnation</a> &amp; I that on Wednesday he will finalize his advice.<br><br>The Government will provide certainty parents deserve by announcing on Wednesday the dates for reopening.

Lecce said the chief medical officer of health for Ontario has confirmed to the minister and Premier Doug Ford that he will finalize his advice on the matter on Wednesday.

“The Government will provide certainty parents deserve by announcing on Wednesday the dates for reopening,” Lecce said.

Earlier Monday at a Queen’s Park news conference, Lecce also announced that Ontario is expanding targeted COVID-19 testing and will allow boards to tap into student teachers to fill supply roles as more schools reopen amid the second wave of the pandemic.

Provincial officials said earlier that the targeted testing will be available in all public health units where students have returned to class. They said they expect that Ontario could be doing up to 25,000 laboratory processed and 25,000 on-site, rapid antigen tests per week.

The testing will be voluntary and an option for both students and staff, officials said.

In his announcement, Lecce also said he is hopeful but not certain that remaining schools will re-open on February 10. He said local medical officers of health will have a say in whether a given region moves ahead with reopening schools.

International travellers will have to take a COVID-19 test upon arrival in Ontario starting today in a bid to stop contagious new variants of the virus from further infiltrating the province.

The testing order comes into effect today at Toronto’s Pearson International airport, and will also eventually apply to the province’s land border crossings to the United States.