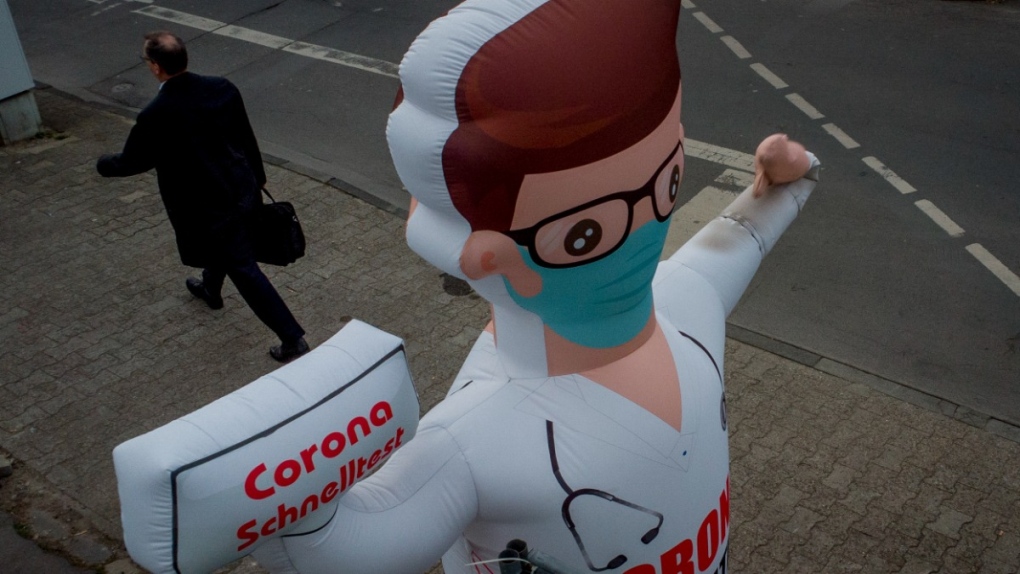 The Federal Constitutional Court announced that it had rejected complaints against the measure, arguing that the importance of protecting vulnerable people in hospitals and care homes outweighs any infringement of health workers’ rights.

The limited mandate came into effect in mid-March. The constitutional court had previously refused to issue an injunction blocking its implementation while it reached a final decision.

Health Minister Karl Lauterbach welcomed Thursday’s ruling, saying in a statement that “the state is obliged to protect vulnerable groups.” He thanked health facilities that have implemented the mandate, arguing that they have helped prevent more deaths from the omicron variant of the coronavirus.

Chancellor Olaf Scholz initially wanted to extend the vaccine mandate to all adults, but even a proposal to impose one on people aged 60 and above was rejected by lawmakers.

Almost 76% of the population in Germany has received two shots against the coronavirus so far, and nearly 60% has also received a booster shot. Demand for vaccination is very low at present, but the government on Wednesday approved spending more money on new vaccines that will allow the country to deal with a series of possible variants this fall.

Lauterbach will host a meeting of his counterparts from the Group of Seven leading democracies in Berlin on Thursday and Friday, despite having had contact with U.S. Health Secretary Xavier Becerra a day before Becerra tested positive for COVID-19.

A spokesman for Lauterbach said all safety precautions had been taken during the encounter Tuesday, and that Becerra would join by video from a Berlin hotel where he is currently in quarantine.

What questions do you have about Omicron?

With the emergence of a new COVID-19 variant of concern, labelled Omicron, CTVNews.ca wants to hear from Canadians with any questions.

Tell us what you’d like to know when it comes to the Omicron COVID-19 variant.

To submit your question, email us at dotcom@bellmedia.ca with your name, location and question. Your comments may be used in a CTVNews.ca story.