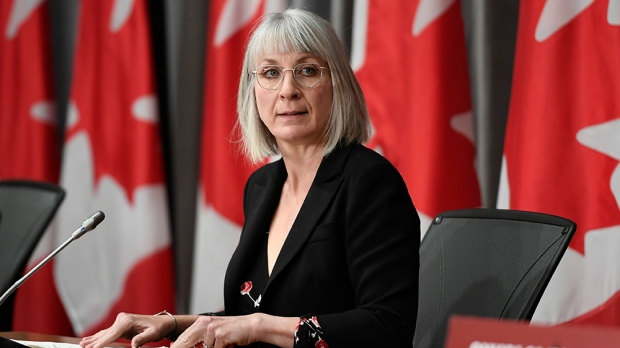 OTTAWA — The federal government is urging provinces not to waste thousands of doses of AstraZeneca vaccine that are due to expire in a few days.

In a letter to her provincial and territorial counterparts, federal Health Minster Patty Hajdu encourages provinces that aren’t able to get their AstraZeneca doses into people’s arms by the end of the month to give them to provinces that can.

She offers federal support to help ensure the doses are not wasted.

Hajdu says the Public Health Agency of Canada can assist with logistics and co-ordination should a province or territory conclude that it can’t use all its doses before the expiration date and wants to transfer them elsewhere in the country.

It’s not clear how many doses are at risk of going to waste, but Ontario is scrambling to use some 45,000 AstraZeneca shots by the end of May, with another 10,000 set to expire in June, while Manitoba has said it has 7,000 doses that will expire in a few days.

Most provinces stopped giving first doses of AstraZeneca earlier this month due to the risk of recipients developing a rare but potentially fatal blood clotting condition. The risk of blood clots is far less after the second shot.

Last Friday, Ontario announced that it would start giving second doses of the vaccine to those who received a first AstraZeneca shot between March 10-19.

But since then eligible people trying to access those second shots have run into difficulty finding pharmacies that actually have any AstraZeneca vaccines to administer.

In her letter to her provincial counterparts Wednesday, Hajdu notes “a growing concern regarding doses of the AstraZeneca (AZ) vaccine, which will be expiring at the end of May.”

“In particular, I want to offer support to ensure that these doses are used before they expire in order to allow us to continue to offer second doses to Canadians and avoid wastage of vaccines,” she says.

“Minimizing wastage will allow us to offer second doses of Astra Zeneca to fully vaccinate people faster, which in turn will support safe reopening of our communities and economy.”

If a province or territory can’t use all its AstraZeneca doses before their expiration date, Hajdu urges them “to communicate with other provinces that may be well positioned to administer these doses within their system.”

This report by The Canadian Press was first published May 27, 2021.