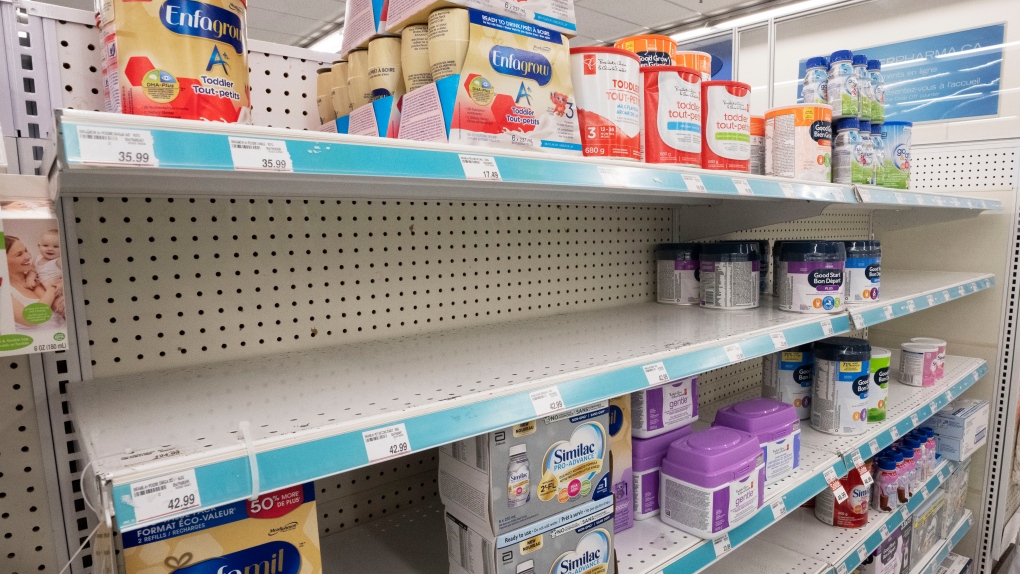 On Thursday, Health Canada updated its shortage advisory of baby formula for infants with food allergies and certain medical conditions, saying new shipments are expected to arrive next week. However, the agency warned supplies are likely to remain limited throughout the summer.

“While shipments of specialized formulas are arriving in Canada to alleviate the effects of the shortage and will be available through pharmacies nationwide starting the first week of July, supply of these specialized products will continue to be limited throughout the summer,” the advisory said.

The updated advisory from Health Canada comes amid a global shortage of baby formula following the shutdown of the largest formula maker plant in the U.S. earlier this year.

Abbott Laboratories shut down its formula manufacturing facility in Michigan in February after a recall was issued for several powdered Similac products that were thought to be linked to the death of two infants who developed a bacterial infection. The plant reopened in June, but was shut down nearly two weeks later after a severe thunderstorm damaged the plant.

The current shortage in Canada does not affect regular baby formula – only hydrolyzed formulas and amino acid-based formulas. These types of formulas are created specifically for infants at risk of serious allergic anaphylactic reactions.

Health Canada ensured an “equitable distribution” of the new shipments, which will be handled by the agency alongside provincial and territorial parties and stakeholders.

Parents and caregivers are recommended to speak to a healthcare professional if they are in need of specialized formulas or need help finding safe alternatives.

With files from CTVNews.ca’s Brooklyn Neustaeter and The Associated Press.