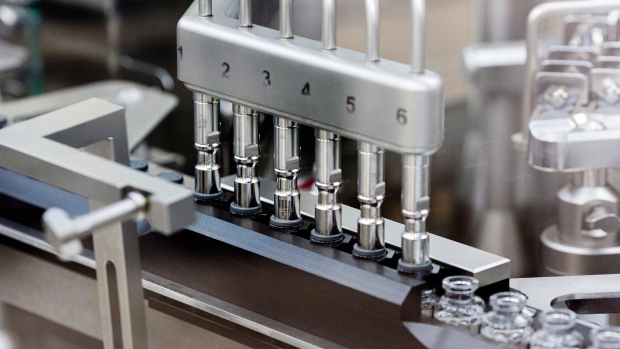 LONDON — Public health experts on Wednesday criticized the U.S. for securing for itself a large supply of the only drug licensed so far to treat COVID-19.

The U.S. government announced Monday that it had an agreement with Gilead Sciences to make the bulk of their production of remdesivir available to Americans during the next three months. The Department of Health and Human Services said it had secured 500,000 treatments of the drug through September, representing 100% of Gilead’s July production capacity and 90% of its capacity in August and September.

“To the extent possible, we want to ensure that any American patient who needs remdesivir can get it,” Health and Human Services Secretary Alex Azar said in a statement.

Ohid Yaqub, a senior lecturer at the University of Sussex, called the U.S. agreement “disappointing news.”

“It so clearly signals an unwillingness to co-operate with other countries and the chilling effect this has on international agreements about intellectual property rights,” Yaqub said in a statement

Until now, Gilead had donated treatment courses to the U.S. and other countries. That ended Tuesday and Gilead this week announced the price of the treatment going forward. In 127 poor or middle-income countries, Gilead is allowing generic makers to supply the drug.

In a statement Wednesday, the California-based Gilead said its agreement with the U.S. allows for unneeded supplies to be sent to other countries. The company said it is “working as quickly as possible” to enable access worldwide. But it noted that U.S. is seeing a significant rise in COVID cases, while “most EU and other developed countries have reduced their levels of disease considerably.”

Early trials testing remdesivir in patients hospitalized with COVID-19 found that those who received the drug recovered quicker than those who didn’t. It is the only drug licensed by both the U.S. and the European Union as a treatment for those with severe illness from the coronavirus.

Dr. Peter Horby, who is running a large study testing several treatments for COVID-19, told the BBC that “a stronger framework” was needed to ensure fair prices and access to key medicines for people and nations around the world. He said that as an American company, Gilead was likely under “certain political pressures locally.”

British Prime Minister Boris Johnson’s spokesman, James Slack, declined to criticize the United States for the move, but said the U.K. had a “sufficient stock” of remdesivir for patients who need it, but didn’t specify how much that was.

Thomas Senderovitz, head of the Danish Medicines Agency, told Danish broadcaster DR that the move could endanger Europeans and others down the road.

“I have never seen anything like that. That a company chooses to sell their stock to only one country. It’s very strange and quite inappropriate,” he said. “Right now we have enough to make it through the summer if the intake of patients is as it is now. If a second wave comes, we may be challenged.”

Gilead had been developing remdesivir for years as a viral treatment, aided by millions in funding from the U.S. government, before it was tried for coronavirus. The company’s statement said that Gilead is exploring ways to support access to remdesivir beyond the U.S. and the 127 developing countries.

Dr. Penny Ward of King’s College London, noted that many countries have legal provisions that allow them to prohibit the exportation of drugs to other countries during an emergency.

“It is unreasonable to expect that the U.S. government should deny their population access to drugs manufactured in the USA,” she said.

Ward pointed out that another drug that has recently shown may help people with severe COVID-19, the cheap steroid dexamathasone, is long off-patent and available globally.

The U.S. has the worst coronavirus outbreak in the world, with 2.6 million reported infected and 127,000 confirmed virus-related deaths, according to a tally by Johns Hopkins University. To date, COVID-19 has sickened more than 10.5 million people worldwide, killing around 512,000, according Johns Hopkins.

Top U.S. infectious diseases expert Dr. Anthony Fauci told senators on Tuesday that the U.S. outbreak is “going in the wrong direction” and he feared the country could see 100,000 new infections a day if things didn’t improve. The U.S. is seeing about 40,000 new cases a day currently.