You Are Here Home Health News Health officials warn of increasing strain on B.C. hospital system due to COVID-19

Health officials in British Columbia are warning of increasing strain on the health-care system as COVID-19 hospitalizations hit 209 — the highest they’ve been in the province since the global pandemic began.

The province reported 762 new cases of COVID-19 and 10 additional deaths on Wednesday, with the majority of the cases concentrated in the densely populated Lower Mainland.

“This second surge is putting a strain on our health-care system, our workplaces and us all,” said a statement from Provincial Health Officer Dr. Bonnie Henry and Health Minister Adrian Dix.

With case numbers on the rise in B.C. and across much of the country, Premier John Horgan on Wednesday called on Ottawa to work with provinces to discourage non-essential inter-provincial travel.

In neighbouring Alberta, the chief medical officer of health warned on Wednesday that if the province doesn’t change its current COVID-19 trajectory the “implications are grim.”

The province reported 730 new cases and 11 additional deaths on Wednesday. Hospitalizations stood at 287, with 57 in intensive care.

“This is deadly serious. I have asked for kindness but I also ask for firmness,” Dr. Deena Hinshaw said. “The need to control our spread and protect our health system is why I ask everyone, anywhere in the province, to abide by all public health measures.”

Canada’s COVID-19 case count — as of early Thursday morning — stood at 311,110, with 51,603 of those considered active cases. A CBC News tally of deaths based on provincial reports, regional health information and CBC’s reporting stood at 11,186.

In Saskatchewan, health officials reported one additional death and 132 more COVID-19 cases on Wednesday, bringing the number of active cases in the province to 2,099.

The province recently stepped up its public health regulations, making masks mandatory in indoor public spaces and limiting the number of people allowed at private indoor gatherings to five.

WATCH | Suffering through a COVID-19 lockdown in long-term care: 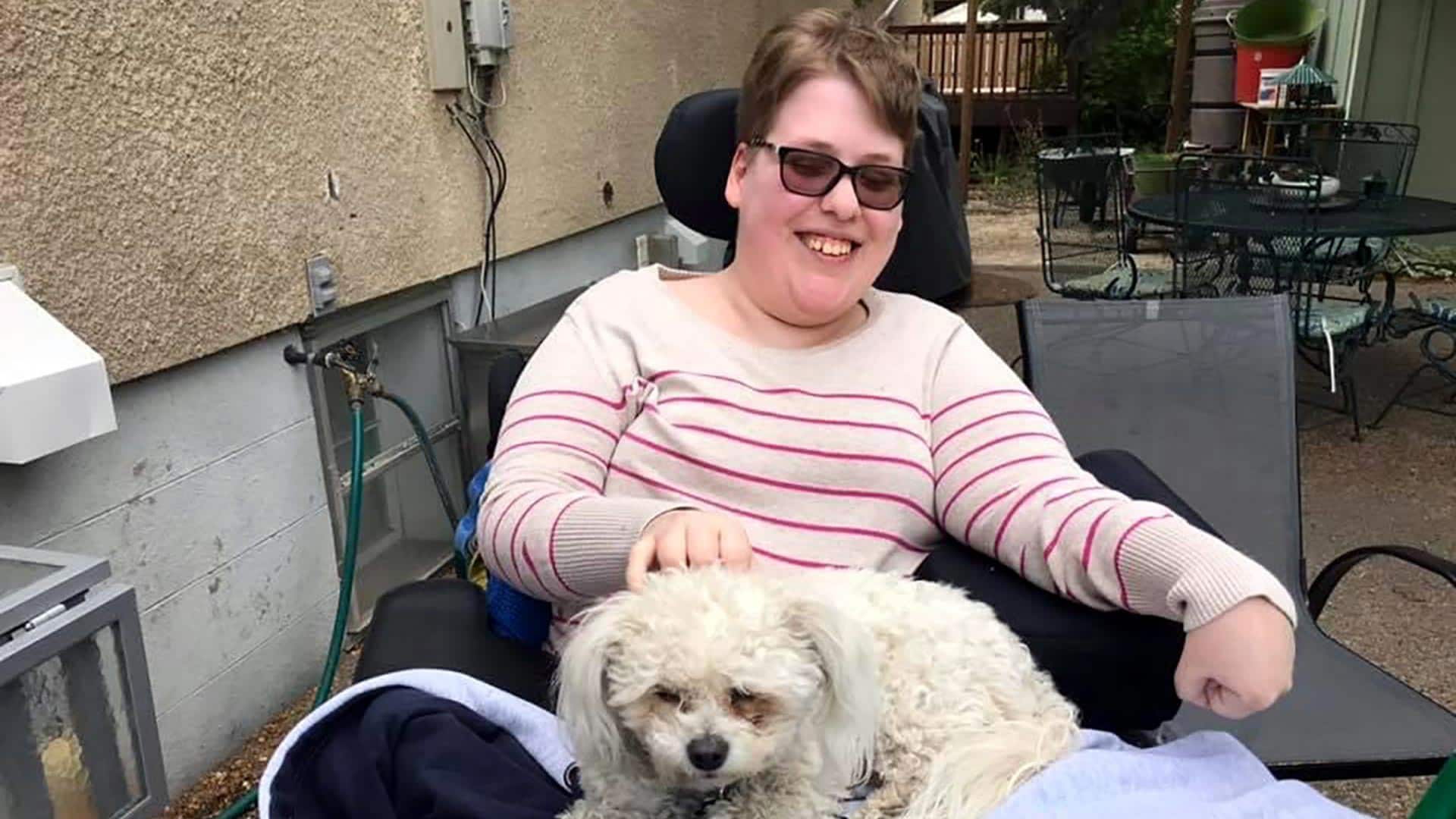 Months of isolation in her Saskatchewan long-term care facility brought Chelsea Dreher to the brink of suicide. As the province restricts care home visitors again, she shares her story with CBC News. 2:02

Manitoba’s top doctor said Wednesday it’s a “very daunting time” in the province as health officials announced 11 additional deaths and 400 more cases of COVID-19. Hospitalizations in the province hit 249, with 40 in intensive care.

Dr. Brent Roussin said in recent days contract tracers have dealt with hundreds of cases that don’t have a known source of exposure to the novel coronavirus.

In Nunavut, health officials reported 10 additional cases on Wednesday, bringing the number of confirmed cases to 70.

“This is it, folks — it’s time to take a stand and fight against COVID-19,” Premier Joe Savikataaq said as he provided an update on the first day of a two-week lockdown. 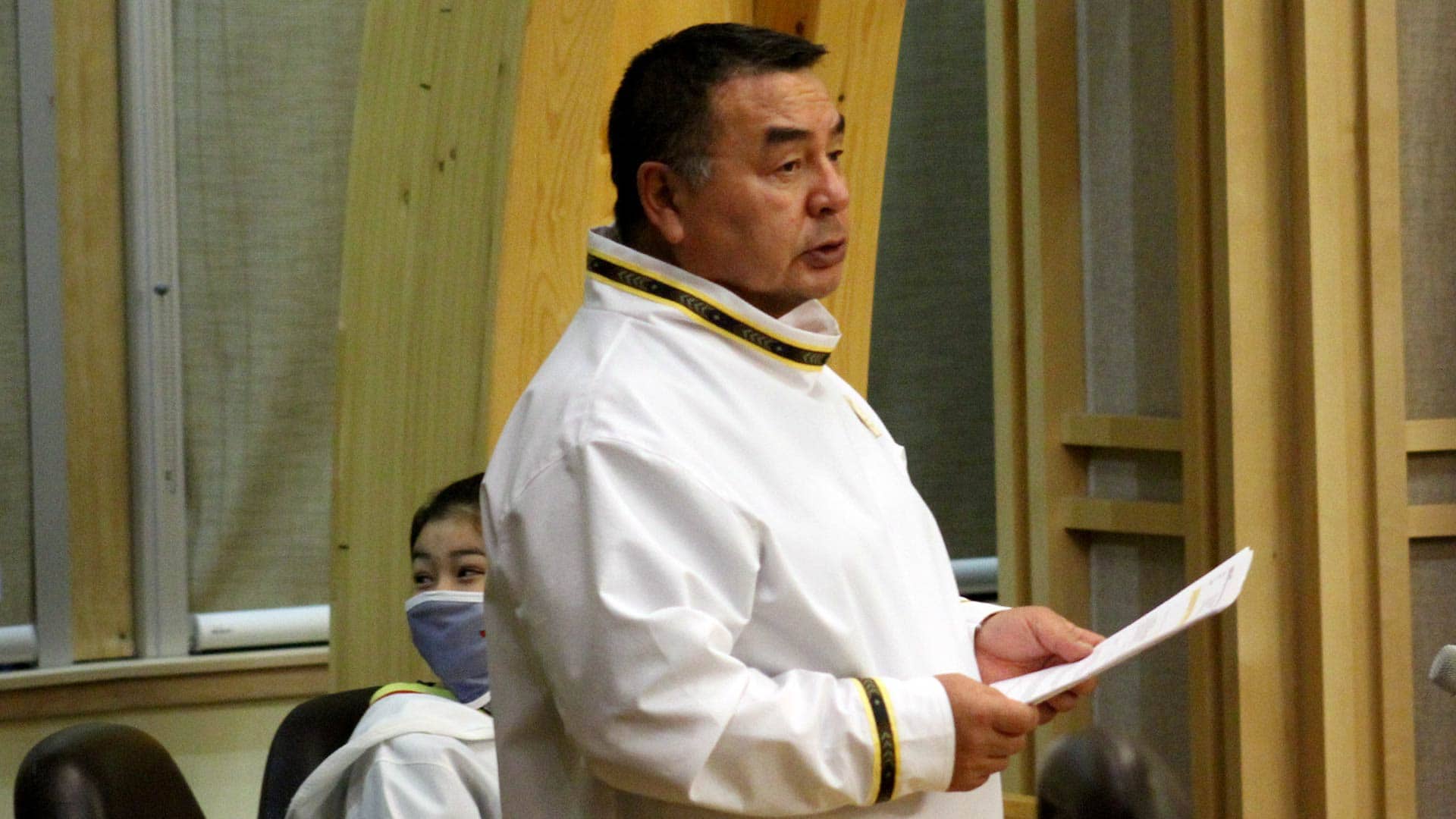 Nunavut has begun a two-week lockdown, after COVID-19 cases more than doubled this week. There are fears the virus will overwhelm the territory’s fragile health-care system. 2:03

There was one new case reported in Yukon on Wednesday and no new cases reported in the Northwest Territories.

In hard-hit Ontario, Premier Doug Ford on Wednesday warned that some of the province’s “red” zones could be facing another lockdown. The province reported 1,417 new cases of COVID-19 on Wednesday and 32 new deaths. Hospitalizations stood at 535, with 127 in intensive care.

Quebec on Wednesday reported 1,179 new cases of COVID-19 and 35 more deaths attributed to the novel coronavirus, including eight that occurred in the past 24 hours.

Health officials said hospitalizations increased by 14, to 652, and 100 people were in intensive care, the same number as the prior day.

In Atlantic Canada, there were nine new cases of COVID-19 reported in New Brunswick, with five of the new cases in the Moncton area.

Pfizer is preparing to formally ask for emergency use authorization for its vaccine in the U.S., after new data showed it’s safe and 95 per cent effective. The vaccine’s approval in Canada could come within the next couple of months. 4:04

From The Associated Press and Reuters, last updated at 8:15 a.m. ET

As of early Thursday morning, there were more than 56.3 million reported cases of COVID-19 worldwide, with more than 36.2 million of those cases listed as recovered, according to a COVID-19 tracking tool maintained by Johns Hopkins University. The global death toll stood at more than 1.3 million.

In the Americas, COVID-19 case numbers continued to surge across much of the United States, which on Wednesday hit the grim milestone of 250,000 deaths since the pandemic began.

Conditions inside the nation’s hospitals are deteriorating by the day as the coronavirus rages across the U.S. at an unrelenting pace.

“We are depressed, disheartened and tired to the bone,” said Alison Johnson, director of critical care at Johnson City Medical Center in Tennessee, noting that she drives to and from work some days in tears.

The number of people in the hospital with COVID-19 in the U.S. has doubled in the past month and set new records every day this week. As of Tuesday, nearly 77,000 were hospitalized with the virus.

The out-of-control surge is leading governors and mayors across the U.S. to grudgingly issue mask mandates, limit the size of private and public gatherings ahead of Thanksgiving, ban indoor restaurant dining, close gyms or restrict the hours and capacity of bars, stores and other businesses.

New York City’s school system — the nation’s largest, with more than one million students — suspended in-person classes Wednesday amid a mounting infection rate, a painful setback in a corner of the country that suffered mightily in the spring but had seemingly beaten back the virus months ago.

Texas is rushing thousands of additional medical staff to overworked hospitals as the number of hospitalized COVID-19 patients statewide accelerates toward 8,000 for the first time since a deadly summer outbreak.

Meanwhile, in Uruguay, a relatively coronavirus-free zone in hard-hit Latin America, health officials are starting to see a worrying rise in cases.

The African continent has surpassed two million confirmed cases as the top public health official warned Thursday that “we are inevitably edging toward a second wave” of infections.

The Africa Centers for Disease Control and Prevention said the 54-nation continent had crossed the milestone. Africa has seen more than 48,000 deaths from COVID-19. Its infections and deaths make up less than four per cent of the global total.

In Europe, Russia on Thursday surpassed two million cases after reporting an additional 23,610 infections and 463 deaths related to COVID-19, both record daily rises.

WATCH | Inside a Moscow COVID-19 ward:

A well-equipped, high-tech COVID-19 ward set up inside a Moscow convention centre is a stark contrast to the overwhelmed hospitals elsewhere in Russia. CBC News got a first-hand look at the facility and found out what’s creating the disparity in health care. 6:34

Poland reported a new daily high of coronavirus-related deaths for the second day in a row.

Ukraine registered a record of 13,357 new cases in the past 24 hours, while the number of deaths also hit a new high.

In the Asia-Pacific region, the leader of the small Pacific nation of Samoa appealed for calm Thursday after the country reported its first positive test for the coronavirus, although a second test on the same patient returned a negative result.

Samoa was among a dwindling handful of nations to have not reported a single case of the virus.

According to the Samoa Observer, the prime minister said the patient was a sailor who had been staying in a quarantine facility since flying in from New Zealand on Friday. He said the sailor returned a positive test four days after arriving, but then a second test on Thursday returned a negative result.

Tokyo raised its coronavirus alert to the highest level as the city’s daily tally of new infections rose to a record 534, while daily cases in Japan also hit a new record of 2,259.

Chinese President Xi Jinping is calling for closer international co-operation on making a vaccine for the coronavirus available.

“To beat the virus and promote the global recovery, the international community must close ranks and jointly respond to the crisis and meet the tests,” Xi said in an address delivered via video at an event at the Asia-Pacific Economic Co-operation forum.

Chinese companies Sinovac and Sinopharm are in the late stages of testing vaccines, putting them among nearly a dozen companies at or near that level of development. That has introduced both commercial and political competition among countries and companies to be the first to offer a solution to the pandemic.