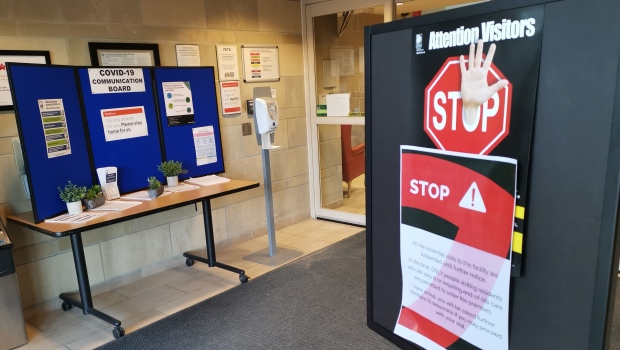 TORONTO — Ontario has announced it will further ease public health restrictions in nursing homes across the province to align with Step 2 of its reopening strategy.

The news means that residents will be able to have outdoor gatherings with up to 10 people and host indoor visits with up to two general visitors and two caregivers.

As well, personal care services like salons offered within any long-term facility will be permitted to resume. Cohorting of residents will also be relaxed during outdoor activities.

A limit on the number of people who can be designated as a caregiver by a resident or substitute decision-maker has also been dropped, the ministry said.

The new rules will come into effect on July 7, a week after Ontario enters Step 2 of its economic reopening.

Minister Rod Phillips made the announcement Tuesday in his first public appearance at the helm of Ontario’s long-term care sector.

“We’re giving the homes until July 7 so that they have the time to put in place these changes in a safe fashion,” he said.

Phillips added that public health restrictions will be loosened further when Ontario enters Step 3 of its reopening plan, which includes the most lenient of measures, in late July.

Those changes include the removal of limits on the number of visitors to homes, allowing buffet and family style dining to resume and all residents will be able to leave the home, regardless of their immunization status.

At that time, off-site excursions will once again be permitted and activities like singing and dancing will be allowed.

A full list of the changes announced today can be found here.

During Tuesday’s announcement, Phillips took the time to apologize for the COVID-19 crisis in long-term care homes that left nearly 4,000 residents dead.

“I think that anyone who has read the long-term care commission report can’t miss the clear conclusion: successive governments, including this one, failed residents, they failed families and they failed our staff,” he said.

“On behalf of both past governments and the current government, I apologize for that. I think that’s a necessary step, so that we can take the action we need to do now to move forward.”

Released on April 30, the 322-page Ontario COVID-19 Long-Term Care Commission report found that the ministry had “no plan” to protect residents from the novel coronavirus.

According to the commission, the ministry, under former head Merrilee Fullerton, was insufficiently prepared for a pandemic and cited a shortage of personal protective equipment, lack of adequate testing, and improper cohorting of infected and non-infected residents as contributing factors to the crisis that unfolded.

Fullerton refused to apologize for her management of the sector following the report’s release.

Premier Doug Ford moved Fullerton to the Children, Community and Social Services file and replaced her with Phillips earlier this month, in a move that sources told CTV News Toronto at the time was “in no way a demotion.”

Phillips previously held the position of finance minister before he was forced to resign following a secret trip to St. Barts at the height of Ontario’s second wave of the COVID-19 pandemic in December.

Phillips added that the Progressive Conservative government will table a new long-term care act in the fall.