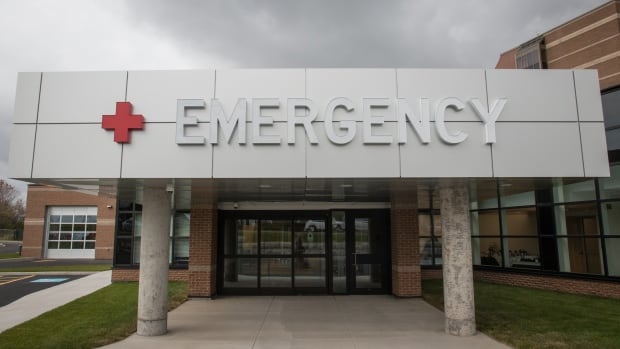 The leaders of Nova Scotia’s main health unions are feeling optimism, but also disappointment and trepidation in reaction to the health plan the Houston government unveiled on Friday.

“I think it’s a little short on details, like timelines,” said Janet Hazelton, president of the Nova Scotia Nurses’ Union, the most upbeat of the three union leaders contacted by CBC News.

“But it’s the first time since I’ve been president that we’ve actually had a government that has documented their plans as it relates to health care.

“I think that’s going to hold them certainly more accountable to Nova Scotians and to people that elect them.”

Nan McFadgen, Nova Scotia president of the Canadian Union of Public Employees, also felt the report “was light on details or vague.”

She is also worried by some of the language use by the PC government in its report, including “flexible legislation” and “person-centred approach,” which she felt may be code for moving away from publicly funded services toward contracting out.

“I don’t know if that’s what they mean, maybe it’s not, but when we hear those words that’s often where we end up,” said McFadgen.

Jason MacLean, president of the Nova Scotia Government and General Employees Union, called the plan “really good” and “a step in the right direction,” but he also pointed to three key areas the government is not addressing in the plan.

“If they want to be a magnet for health-care providers and for people to come into the system then they need to change what’s there right now,” said Maclean. “You need to look at remuneration, we need to look at what people are going to get paid.

“There’s more jobs out there than ever before and people are leaving different jurisdictions to go to others, but also leaving fields to go to other fields.”

“Government needs to be proactive about people’s health,” he said. “We know about the socio-economical issues that we have in the province and the direct correlation to bad health. If people aren’t making a living wage and able to provide for their families.”

Like McFadgen, MacLean would have also liked to see an explicit commitment to “public-funded, publicly delivered care.”

On the wage front, all three leaders interpreted the plan to same way — more money coming for their members in the next contract.

In fact, Hazelton said a message recorded by Premier Tim Houston for her union’s annual meeting, which starts Tuesday, is particularly encouraging on that front.

“The premier’s message to the nurses was that he is committed to recruiting, retaining, increasing seats in nursing, more so than is currently increased, and making fair compensation and making our workplaces a place where we want to work,” said Hazelton. “Any time I get commitments like that I will continue to remind them of their commitments.”

McFadgen also believes her members are due raises in light of the major raise continuing care assistants were given in February.

“A 23 per cent increase for CCAs was lovely for CCAs,” said McFadgen. “Nobody’s dissing that, I want to be clear.

“But the piece that’s missing is everybody else.”

McFadgen said lab technicians, housekeeping staff and all the other people who provide hospital support services also need a jump in salaries.