You Are Here Home Health News Higher levels of screen use during pandemic associated with worsening mental health in kids: study 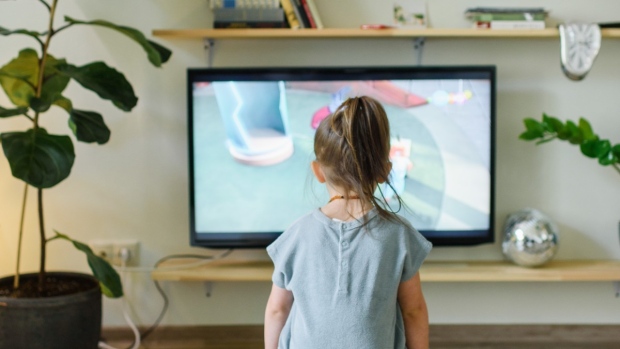 A new study has found an association between higher levels of certain screen use and worsening mental health symptoms in Canadian children during the pandemic.

The study, published Tuesday by JAMA (Journal of the American Medical Association) Network, examined the potential association between different types of screen use and mental health in children and youth during the COVID-19 pandemic, something researchers say, to their knowledge, is one of the first to explore this.

The study says interventions from policymakers are “urgently needed” to promote “healthful” screen use and mental health in children and youth.

Among these suggested interventions include resuming in-person learning, reducing electronic-learning time and encouraging children to reduce screen use.

“It is also important to ensure that children have access to additional mental health and social support resources and to provide teachers and therapists with training on problematic media use to help children recover from the isolation and stress of the pandemic,” the study says.

“Although individual parents and caregivers could adopt harm reduction strategies to promote healthful screen use in children, given the unique and challenging situation of the COVID-19 pandemic, we believe that interventions will rely heavily on systemic policy changes.”

The participants, who were from Ontario, ranged in age between two- and 18-years-old.

The longitudinal study, a process where the same subjects are observed over an extended period of time, included four cohorts, a total of 2,026 children and 6,648 observations between May 2020 and April 2021.

Parents were asked to complete repeated questionnaires about their children’s behaviours and mental health symptoms, as well as their time spent being exposed to TV and digital media, video games, electronic-learning and video-chatting.

For younger children, daily screen time was measured continuously and collected every other week. Screen use in older children and youth was collected monthly.

Among the younger children, who on average were 5.9-years-old, of which 275 or almost 52 per cent were male, higher TV or digital media time was associated with more conduct problems, as well as hyperactivity and inattention.

Older children and youth, who on average were 11.3-years-old and 844, or 56.5 per cent, were male, more time spent watching TV or digital media was associated in greater depression, anxiety and inattention. More video game time also was associated with increased depression, irritability, inattention and hyperactivity.

The study states that higher levels of electronic learning time, too, was associated with greater depression and anxiety.

“In most cases, the associations persisted even after accounting for previous mental health diagnosis,” the study says.

In children with ASD, no association with depression was observed, of which the authors say many theories have been proposed previously, such as reduced social, cognitive and physical demands during the pandemic and reprieve from “effortful” social interactions.

And despite their own hypotheses, the researchers say the study found that face-to-face interaction using digital technologies were not beneficial to children.

The authors note that the study tested associations and cannot conclude causality.

Some other limitations, the authors note, include child mental health challenges potentially “reversely” contributing to higher screen use during the pandemic. Children with mental health symptoms also may tend to be socially isolated and spend more time on screen, which could have been further exacerbated during the pandemic. Other potential factors include unmeasured pre-COVID child screen use, parent’s self-reporting bias, and the children being predominantly of European ancestry in Ontario.

The group of researchers say research done before the pandemic “consistently” showed that high levels of screen use are associated with depression, anxiety, conduct disorders and attention problems in children and youth, “although causality cannot be concluded.”

Along with high screen use and social isolation during the pandemic, the authors say worsening mental health could be related to the displacement of sleep, physical exercise and other pro-social activities. Online bullying, stressful news and harmful advertisements also may be contributing to the issue.

They add that the American Academy of Pediatrics and Canadian Paediatric Society recommend no more than one to two hours of screen use per day for children.

“During the data collection period, electronic learning was the primary mode of education for children and youth in Ontario. The abrupt change in learning environment and disruption in social interactions may pose a risk to child mental health.”