You Are Here Home Health News How far back are your first memories? You may have been younger than you think 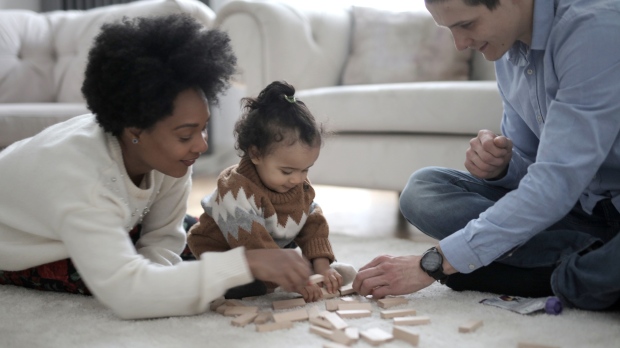 TORONTO — A new study from a Newfoundland researcher suggests that our earliest memories could be from as far back as 2.5 years of age.

Dr. Carole Peterson, a psychology professor at Memorial University’s Faculty of Science, reviewed decades of data from interviews conducted at her laboratory over the last two decades. She published her findings in in the journal Memory last month.

“Overall, people may have a lot more memories from their preschool years than is widely believed, and be able to recall events from earlier in their lives than has been historically documented,” she writes in the study.

She found that the average age of the earliest memory is around 2.5 years old, challenging the previous notion that our earliest memories start at age 3.5.

Part of the issue is that many people tend to be poor at identifying the dates of their earliest memories.

“Over and over again we find people think they were older than they actually were in their early memories,” she said in a news release.

In previous studies, Peterson and her colleagues interviewed children and young adults about their earliest memories and compared their answers with interviews with their parents. As the children aged and years had passed, the researchers found that the children would give a later age were when discussing memories, often from before they were four years old.

“That was the most compelling evidence,” Peterson said. “The children, as they age, keep moving how old they thought they were at the time of those early memories.”

Errors in dating memories is a phenomenon that Peterson calls “telescoping,” where individuals think a memory was closer than it really was.

“The more remote a memory is, the telescoping effect makes you see it as closer. It turns out they move their earliest memory forward a year to about three-and-a half-years of age,” said Peterson. “But we found that when the child or adult is remembering events from age four and up, this doesn’t happen.”

Other factors that could shape what a participant recalls as their “earliest memory” on a given day include their tasks they did that day before the interview as well as whether the participant was given an oral interview or asked to complete a written questionnaire.

Peterson says that people often need a prompt or a reminder to recall what their earliest memory is.

“It’s very easy to get people to remember earlier memories simply by asking them what their earliest memory is, and then asking them for a few more,” she said. “Then they start recalling even earlier memories — sometimes up to a full year earlier. It’s like priming a pump; once you get them started, it’s self-prompting.