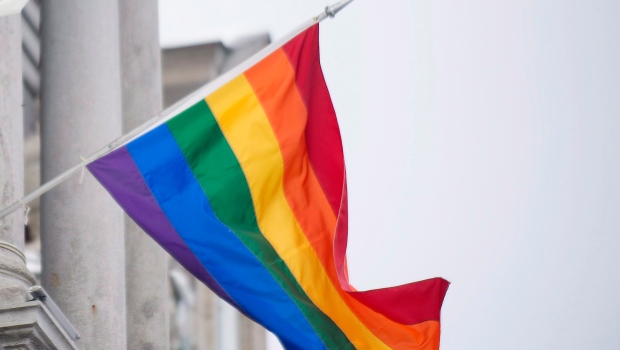 TORONTO — Despite being part of a population facing an increased risk for acquiring HIV, researchers say many middle-aged men who have sex with men (MSM) have exhibited considerable resilience against the virus since the start of the epidemic 40 years ago.

Researchers now seek to examine the different resources, personal strengths and protective factors among those who have tested positive for the virus and those who have not, in order to better inform public health policies in the future.

“It was important to conduct a study that would harness the vast knowledge that could be derived from the perspectives and lived experiences of middle-aged and older MSM, the population that has been impacted by HIV/AIDS the most in North America since the start of the HIV/AIDS epidemic,” collaborator scientist at the Centre for Addiction and Mental Health in Toronto and assistant professor at the University of Nevada, Las Vegas, Rainier Liboro said in an email to CTV News. “We also concluded that a strengths-based focus on their resilience to the clinical and social impacts of HIV/AIDS would be just the right research agenda to investigate.”

In conducting their research, scientists interviewed 55 men in Ontario who are over the age of 40 and have varying statuses of HIV.

According to the study, the majority of participants agreed that the presence of an established LGBTQ+ community in downtown Toronto and other urban areas of Ontario was a huge resource in terms of obtaining important word-of-mouth information they needed to better understand HIV/AIDS. Participants also expressed value in community health clinics and LGBTQ+ non-profit organizations.

“Having a gay doctor is great! I don’t have to do so much explaining” said one participant, who went by the pseudonym Abe.

When it comes to protective behaviours, participants noted that volunteering, having meaningful sexual relationships and the impact of losing so many lives in the first two decades of the epidemic were prominent factors that helped build resilience to HIV/AIDS.

“Seeing so many friends drop like flies… it scared the shit out of me!” said one participant, who was given the pseudonym Vic.

Following the devastating trauma of the epidemic’s deadliest years, participants noted effects such as paranoia, survivor’s guilt, social isolation, depression, loss of libido and/or celibacy, which lasted with them for many years.

A quarter of respondents who identified as living with HIV, expressed that they might not have been able to survive the early years of the epidemic without the use of recreational drugs like marijuana and/or illicit substances.

Participants were aware that there could have been other ways to cope, but say at that point in their lives, using drugs was their best and only available option.

“Sounds odd, but without drugs all those years, I may not have lasted this long,” said one participant, who went by the pseudonym Dan.

By volunteering at an LGBTQ+ or AIDS service organizations, participants say they were able to gain access to more reliable information about HIV/AIDS and how to mitigate their risk of contracting the virus, as well as the opportunity to socialize, get practical support and give back to the community.

Researchers say that personal strengths, such as proactiveness, self-awareness and self-control of their circumstances related to HIV/AIDS, contributed considerably to the forging of their resilience to the virus.

According to the study, the men were not only proactive in terms of researching important information, seeking doctors who could help them mitigate risk factors, and stringently following medical advice, they were also proactive with regard to discussing sexual choices with prospective partners, as well as articulating their needs clearly to their health care and service providers.

Despite all of these factors, participants still reported some barriers that researchers say are impacting public health.

“There were barriers such as problematic substance use (especially with sexual activity,) internalized and societal homo/bi/transphobia, and HIV stigma that were experienced and discussed by many of our participants,” the study says.

Other barriers to forging resilience to HIV/AIDS, included homelessness, racism and the disadvantage of living in a rural community away from the LGBTQ+ resources and health services that are heavily populated in downtown Toronto and other urban areas.

“[Participants] were very aware that their resilience to HIV/AIDS developed due to a combination of their own personal strengths, much-needed community-level resources, and protective factors that were unique to their own contexts and circumstances,” says Liboro.

He added, “The main takeaway is for us as a society to find effective ways to bolster these personal strengths, community-level resources, and protective factors by supporting existing services, programs, and policies in the community that already promote them, or developing and creating new ones that will.”