More contagious strains of the coronavirus have rapidly spread to more than 50 countries around the world, raising concerns that they may already be silently driving spikes in cases in Canada that threaten to overwhelm the healthcare system.

Variants recently identified in the United Kingdom, South Africa and Brazil are transmitting much more easily than the original strain, with the first estimated to be at least 56 per cent more transmissible.

But while early research shows the variants don’t necessarily lead to an increase in severe illness, health experts are growing more concerned about the effect the more transmissible variants could have on our already strained hospitals.

“It’s happening at a time when the system’s already stressed to the point of potentially being overwhelmed.”

“We keep hearing it doesn’t cause worse illness. Well, it doesn’t have to — it just causes more people to have that same illness.”

Topol said the variant first found in the U.K., also known as B117, exhibits changes in the spike protein — a key component of how the coronavirus binds to human cells. He said that those changes are likely behind its higher transmission, with the altered spike protein potentially allowing the coronavirus to infect cells more easily.

“A virus that was substantially more fit to infect more people was the last thing we needed right now, and we’ve got it and it’s not going away,” he said.

“The only thing we can do is slow its spread.”

How bad is the situation with variants in Canada?

Ontario has already identified 14 cases of B117, three of which have no known link to international travel. That prompted concerns from officials it could already be driving spread more than detected in hard-hit regions of the province.

“If that’s confirmed, we have evidence then of community transmission and that is a very serious concern that the vaccine will not be able to address quickly enough,” Dr. Barbara Yaffe, Ontario’s associate chief medical officer of health, said this week. “It’s very likely that we have more that we’re not aware of.”

Dr. Adalsteinn Brown, dean of the University of Toronto’s Dalla Lana School of Public Health and co-chair of Ontario’s COVID-19 science advisory table, said if B117 continues to spread in Ontario the rate of new cases could rise to “scary,” “almost near-vertical” levels.

“I wouldn’t be surprised if by the time we prove that there is community transmission definitively, it’s already spread like wildfire,” said Hota. “It’s just the nature of the beast.”

Brown added the variant could already be driving “a very dramatic growth in cases” in certain parts of the province, similar to the way it did in the United Kingdom despite strict public health restrictions. 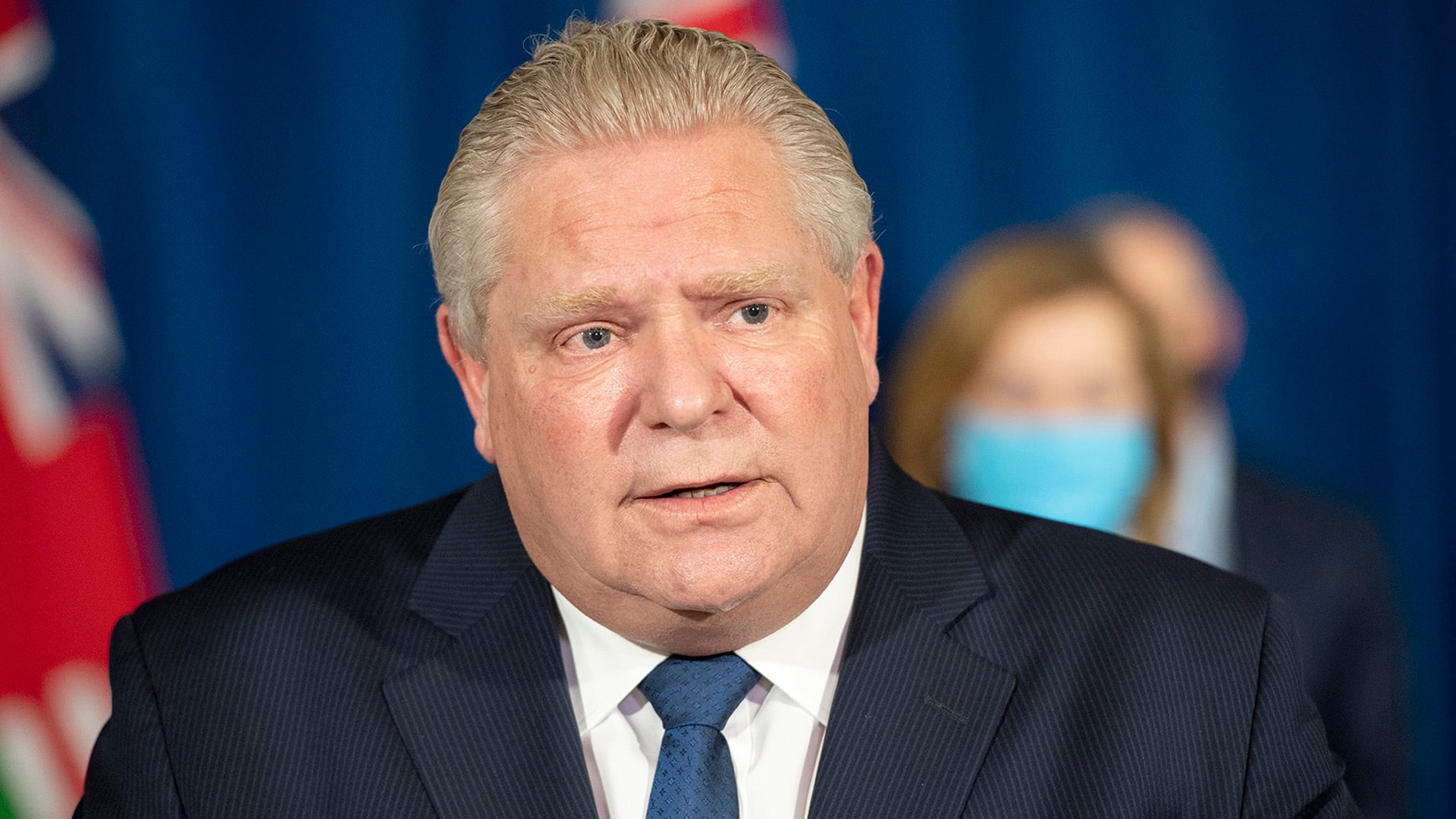 Ontario’s latest modelling data has painted a dire picture and prompted a provincewide stay-at-home order. But in many long-term care homes and ICUs, it may already be too late. 2:57

“What we’re detecting is likely only the tip of the iceberg,” said Dr. Sumon Chakrabarti, an infectious disease specialist at Trillium Health Partners in Mississauga, Ont. “We absolutely cannot discount the possibility that it is here and it’s already having some kind of influence on the spread.”

British Columbia identified its first case of the variant first found in South Africa on Thursday, in addition to four previously discovered cases of B117.

Provincial Health Officer Dr. Bonnie Henry said Thursday officials are investigating how the latest case became infected with the variant, due to the fact that they also had no known link to travel.

“It is, of course, concerning we don’t know where this arose,” she said, signalling the variants could be spreading more widely in the community.

Five cases of B117 have also been confirmed in Alberta, along with one case of the variant first discovered in South Africa, but officials say all of those cases are travel-related.

Dr. Howard Njoo, Canada’s deputy chief public health officer, said during a press conference Thursday that the mutation of the coronavirus is “normal” and that the “emergence of variants is not unusual or unexpected.” 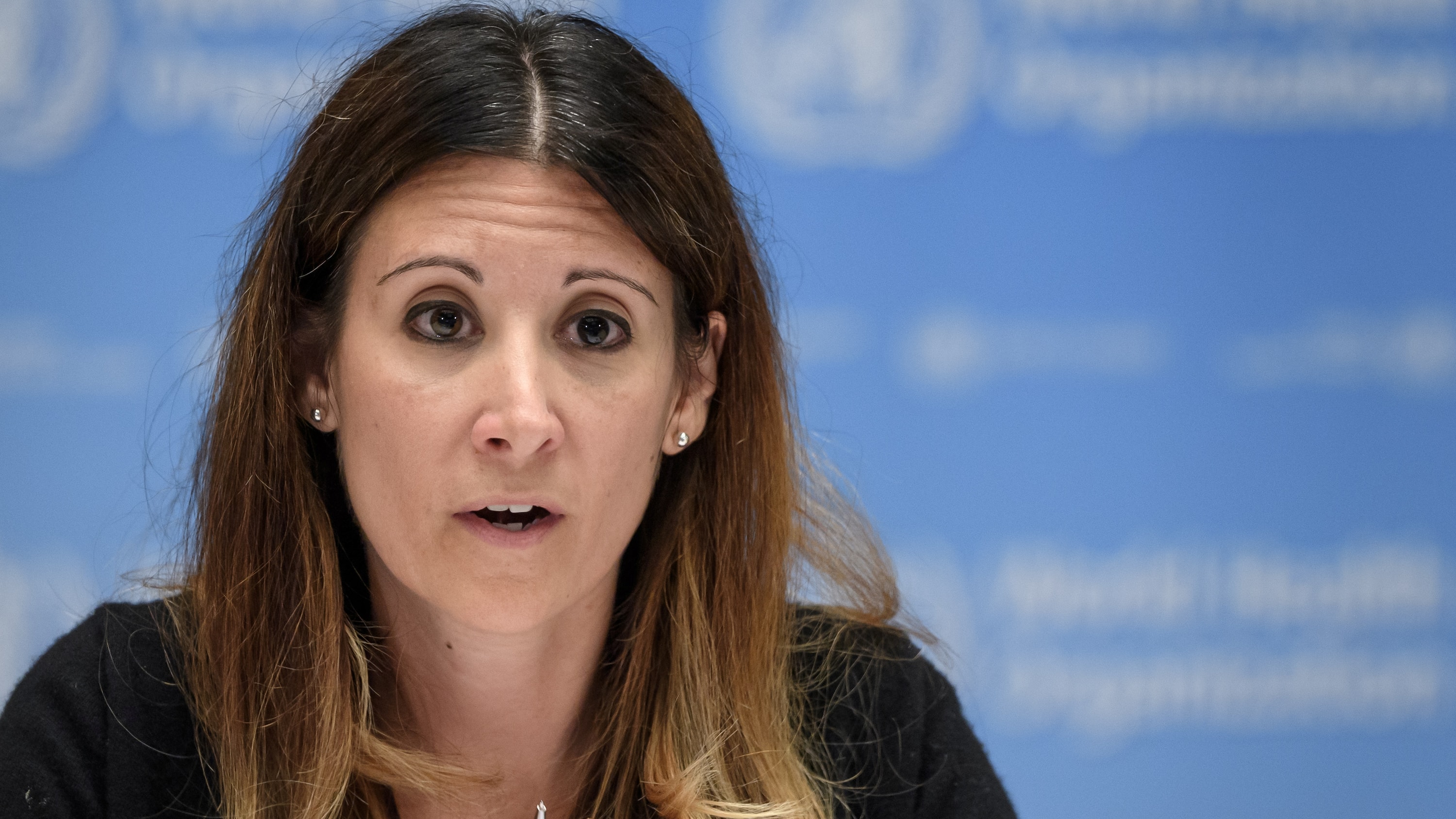 The World Health Organization says a third round of U.K. studies related to a variant of the coronavirus in Britain confirms it is more transmissible and also that infected people have a higher viral load than with the original virus. 1:59

He added that while Canada initially stopped all flights from the UK over fears the variant could spread here, that ban was lifted last week in favour of mandating all travellers into the country present a negative COVID-19 test.

On Friday, scientists with the U.S. Centers for Disease Control and Prevention (CDC) released modelling data that warned by March, B117 could become the dominant strain in the United States.

Jason Kindrachuk, an assistant professor of viral pathogenesis at the University of Manitoba and Canada Research Chair of emerging viruses, said he’s concerned Canada may be unprepared for cases of the variant increasing “underneath the surface.”

“We can’t judge when there’s going to be that sudden rise,” he said.

“You get a sense of the storm that could be coming and you’re watching that tsunami warning getting louder and louder — we need to be ready for this.”

Kindrachuk says the fact B117 took over as a main circulating strain in Ireland, England and Denmark in just a matter of weeks is “gravely concerning” for Canada because of the risk it could spread more widely here.

“The increases in cases we’re seeing right now are already concerning, but that’s not due to the variants,” he said. “So what happens when the variants start to take hold in different regions?”

Saskatchewan is the only province that currently says all of its COVID-19 testing will detect the B117 variant, while other provinces said that they only send positive test samples for further scrutiny if the context warrants.

“We’re not necessarily picking up on the cases of the known variants,” said Hota. “There may be other variants that are evolving as well under our noses.”

“The bottom line is, you don’t want to be stuck in a situation where by the time you have that information, it’s already your dominant strain.”

While efforts are underway to find a quicker way to test for variants, the current “deep sequencing” required is both expensive and time consuming — taking days to over a week to get results, said Dr. Zain Chagla, an infectious diseases physician at St. Joseph’s Healthcare in Hamilton, Ont.

What can be done to prevent the spread of variants?

While many of the public health guidelines recommended to stop the spread of the coronavirus are thought to be effective against the variants, experts say we should be doubling down on them and avoiding risky situations.

“Think of it this way, we don’t need to do more of the same — we need to do better of the same,” Dr. Tom Frieden, the former director of the CDC told CBC News. “It’s all about limiting risk.”

Physical distancing, mask wearing, hand hygiene and avoiding crowds are all effective, but Frieden says people should also reduce their time spent indoors with those they don’t live with, wear better quality masks such as N95s or surgical masks and have as few in-person interactions with others as possible.

WATCH | What scientists know about the new coronavirus variant (Jan. 8):

The B1-17 coronavirus variant, first discovered in the U.K., is now in at least 40 countries, including Canada. It has 23 mutations, including one that attaches to healthy cells like a key going into a lock. 1:56

Frieden said that means, if possible, spending a few minutes in the grocery store to pick up essential items, or ordering online, as opposed to going in for an extended period to shop.

Frieden said at a population level, countries like Canada should focus on vaccinating as many people as they can as quickly as possible — especially older age groups and long-term care residents.

“Vaccines are enormously important. They’re the single most powerful tool that we have,” he said, “but a vaccination program is going to take a long time to go out.”

“The more we don’t take precautions, the more we can see explosive exponential spread.”