Obtaining the Campaigns list from the server has failed!
Server response:
CM Ad cahger Server plugin is not active on https://legendarygroup.co/admanager/
You Are Here Home Health News Hundreds of ‘invalid’ COVID-19 vaccine doses given out in B.C. Interior 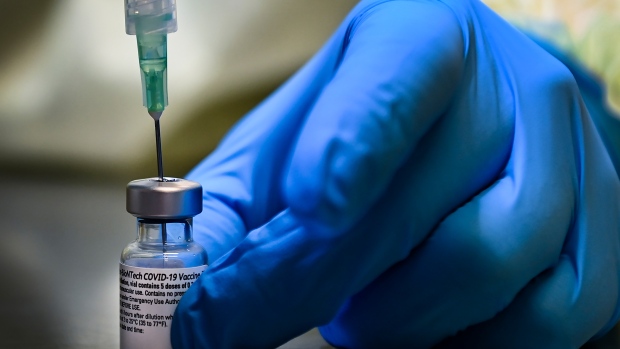 VANCOUVER — Health officials are offering hundreds of B.C. residents an additional shot of COVID-19 vaccine after determining they received an “invalid” dose.

The doses are considered invalid because they were stored in the wrong kind of freezer, Interior Health said in a news release on Tuesday. The health authority said the vaccine may have provided some protection, but suggested it would not be optimal for full immunization.

“Receiving an invalid dose of vaccine does not pose risk to the client and fortunately none of these individuals have contracted COVID-19 since their immunization,” Interior Health said in its release.

The vaccine was used for 15 first doses and 501 second doses administered in Revelstoke, a community of about 7,500 people located roughly 200 kilometres northeast of Kelowna.

Everyone who received an invalid dose is being contacted individually and offered an extra shot.

“While unfortunate, this situation demonstrated our monitoring and surveillance systems are working. Additional precautions have been implemented to prevent this from occurring in the future,” Interior Health said.

“We apologize for any concern or frustration this may cause.”

Interior Health experienced an alarming surge in COVID-19 cases after B.C. loosened many of its restrictions in June and July, as the highly contagious Delta variant became the dominant strain in Canada.

B.C. officials initially stressed the need to increase vaccination numbers to curb transmission, but eventually re-implemented a number of local restrictions in the Interior Health region.

This week, the government also announced a province-wide vaccine passport system and announced the return of an indoor mask mandate.