You Are Here Home Health News ‘I stopped eating’: Rise in eating disorders seen among Ontario youth during pandemic 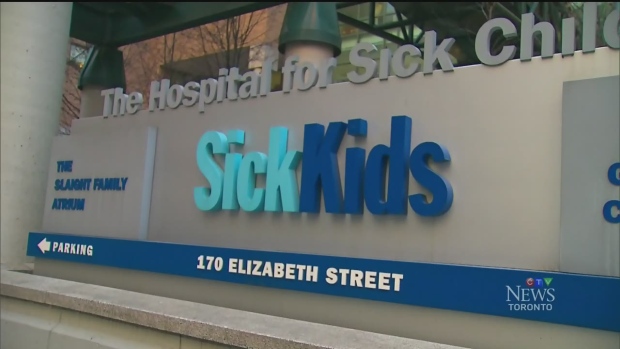 Hadley Phillipson-Webb didn’t know right away that the symptoms she began experiencing last December were those of an eating disorder.

She knew she was eating less, but she didn’t think much of it. Her mind was largely occupied with increasingly negative thoughts about her appearance as pandemic restrictions left her cut off from socializing with friends at school and at a karate studio where she taught and took classes.

“Not being able to see anyone or really kind of do anything just gave me more time to just think about myself,” she recalled. “As time went on, I was just less and less happy with my body and how I looked. So then I stopped eating.”

It’s a situation experts say many youth have found themselves in since COVID-19 hit — and a phenomenon hospitals in Ontario have been working hard to deal with.

For Phillipson-Webb, the realization that she had anorexia nervosa disorder came after a trip to the emergency room in February.

Her mother had grown concerned about how little she was eating and urged Phillipson-Webb to see her doctor, who suggested an electrocardiogram. The teen’s heart rate was so low in the results that her mother rushed her to SickKids hospital. It was there that she was diagnosed and admitted to an eating disorder program.

Phillipson-Webb said she went through a flurry of emotions trying to process her diagnosis.

“I was denying it, I was mad about it, I was sad about it, all within like 10 seconds,” she said. “It was just kind of hard to realize that that is what had happened.”

Christina Bartha, executive director of the brain and mental health program at SickKids, said the hospital has had to increase capacity in a number of areas and “stretch” staff to respond to the heightened demand for eating disorder services.

Even before the pandemic, Bartha said, wait times for mental health and eating disorder services at SickKids were “not good,” but COVID-19 made things far worse.

“COVID is a great amplifier,” she said. “In pediatrics, the mental health and eating disorder rise in numbers is, to some degree, our pandemic. This has been very significant in terms of the number of kids presenting for care, and being able to attend to that has been really challenging.”

At McMaster Children’s Hospital in Hamilton, there was a 90 per cent increase in referrals to the eating disorder program between 2019-20 and 2020-21, according to Bruce Squires, the hospital’s president.

Squires noted that the wait-list for treatment for an eating disorder averaged about four to six months at the hospital prior to the pandemic, but it’s now “well in excess of 12 months” for the vast majority of patients.

Meanwhile, the Children’s Hospital of Eastern Ontario has reallocated resources and increased inpatient capacity to manage the influx of young patients with eating disorders.

Joanne Lowe, vice-president of mental health and addictions at CHEO, said the hospital went from having six beds to nine beds dedicated for its inpatient eating disorder program, but has seen as many as 25 children and youth admitted with an eating disorder during the pandemic.

“We were having to take resources from other parts of our mental health program to support those young people,” said Lowe.

There are many factors that have led to a spike in youth eating disorders during the pandemic, Squires said, with one notable factor being the social and developmental interruptions youth have faced.

A recent SickKids study, which had over 2,700 participants ranging in age from two to 18 years old in Ontario, indicated that losing in-school services due to COVID-19, such as healthy eating programs, counselling and learning supports, resulted in worse mental health outcomes for children and youth.

CHEO’s Lowe noted that children and youth have felt “anxious overall” about the pandemic and many of those who had mental health challenges going into the pandemic only saw those become aggravated.

In November, the Ontario government announced an $8.1-million investment in 2021-22 to support specialized care for children and youth with eating disorders at SickKids, McMaster Children’s Hospital, CHEO and the Children’s Hospital at London Health Sciences Centre.

Lianne Phillipson, Phillipson-Webb’s mother, called the funding a “very positive first step,” noting she had to advocate for her daughter to receive care for her eating disorder multiple times.

Phillipson-Webb, who has recovered from her eating disorder but is still dealing with mental health challenges, said she wants other children and youth to know that they shouldn’t lose hope.

“It’ll get better,” she said. “You’re valid, you matter and I really believe in you.”

This report by The Canadian Press was first published Dec. 10, 2021.

The following is a list of resources and hotlines dedicated to supporting people in crisis: