Obtaining the Campaigns list from the server has failed!
Server response:
CM Ad cahger Server plugin is not active on https://legendarygroup.co/admanager/
You Are Here Home Health News ‘I was so petrified’: How a Quebec woman overcame her vaccine fear and got a first dose 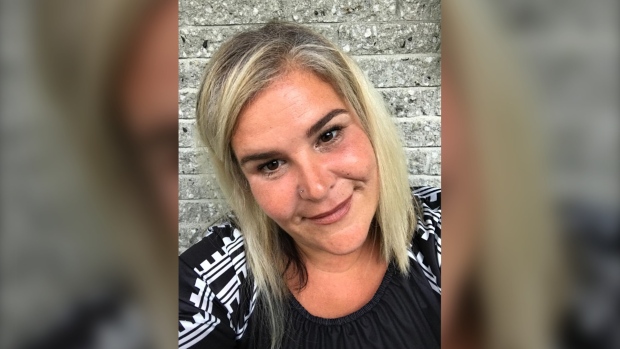 MONTREAL — Marie-Hélène Desmarais went to her local vaccination clinic for her first dose so many times that the nurses eventually knew her by name.

She estimates she stepped into the clinic on Sainte-Croix Avenue in Saint-Laurent about 10 times — and each time she’d get in her car and drive away.

So I got my first dose of Pfizer , I know I’m late but I had to conquer my fear ! Fears are real folks and they are hard to get over , if anyone wants my support to get vaccinated please pm me, I will never judge you pic.twitter.com/WgsqiBCgtE

“My fear was insane,” she said of the reason she avoided the COVID-19 vaccine for months. “My panic was so strong I would throw up in the parking lot. I would sit in the chair and they would have the needle in their hand, ready to vaccinate me and I would say, ‘No, I have to go.’”

The Montreal resident finally got her first dose with the support of her husband, friends and some very patient nurses on Saturday at the Vaccin-o-bus and shared a photo on Twitter of a bandaid covering her arm where the needle went in.

The post has been retweeted more than 200 times as of Tuesday morning and received nearly 5,000 likes.

It also received almost 300 comments from strangers congratulating her for doing her part, even catching the attention of Quebec’s health minister, who thanked her for sharing her story.

“It is never easy to overcome your fears,” wrote Minister Christian Dubé. “To all Quebecers who feel the same, it is not too late to get some info and your first dose. The benefits of the vaccine are greater than the negative effects of the virus.”

Desmarais told CTV News she had to do her own research on the vaccines, which are approved by Health Canada, to ease her fears about what’s inside the needles that have gone into the arms of millions of Canadians.

Reading up on the vaccines was only part of her strategy to join the vaccination campaign, she said. What really helped her was being able to overcome her fear outdoors, near the Vaccin-o-bus in familiar territory, instead of in a sterile environment.

“It was outside on, like, camping chairs with a regular table and I think that that helped me feel more at ease,” she said. “When I sat there, I was so petrified. But I had it written down in my pocket, how the vaccine goes into your body, where it goes into your body, what it does in your body. So, all my fears that I would get after getting the vaccine, I would be able to read the information, the true information, not my fears.”

She’s not alone in joining the call to get a first dose of the vaccine this late in the game.

Dubé says there has been a recent uptick in the number of people registering for the first dose, which may have something to do with the announcement of the implementation of a vaccine passport in Quebec.

The province is expected to announce more details about this on Tuesday.

The vaccination rate for people between the ages of 18 and 39 is the lowest among all age groups in Quebec, which explains why the province has turned to other ways of encouraging younger residents to roll up their sleeves, including a vaccine lottery and pop-up vaccination clinics at Piknic Electronik and La Ronde.

For Desmarais, she says she always wanted to get the vaccine and it wasn’t the vaccine passport, nor the fears around the more contagious Delta variant that made her go through with her first dose.

She says she knew that in order to safely visit her elderly parents, to send her kids to school without feeling anxious and “for things to get back to normal,” she would have to get a first dose.

She says the response from the public about her tweet has been “overwhelming.”

One person who messaged her online said, “Totally, I support you. My BILs [brother-in-law’s] funeral was last Thursday. He told us to tell everyone to Take the Damn Vaccine.”

Totally, I support you. My BILs funeral was last Thursday. He told us to tell everyone to Take the Damn Vaccine.

Thank you for sharing your hesitation and your triumph in conquering your fears! Many people will feel empowered to do the same after reading your thoughts. #thisisourshotCA #TogetherAgain

I don’t know you but I need you to know I am incredibly proud of you! Way to go on being part of the solution!

Congrats and thank you so much for over coming your fears and getting the shot. You are an amazing person…#weareinthistogether

“You know what, maybe I’ll help somebody. Maybe one person will want to have advice or want to just say, ‘You know what, I’m scared, too,’ and I can help them out,” Desmarais said. “I’m a regular person that had fears and talked about it openly.”

When asked if she plans to get a second dose, she unequivocally insisted, “Yes, absolutely.”