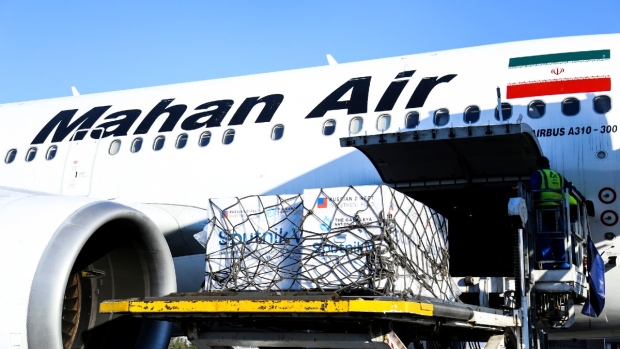 TEHRAN, IRAN — Iran on Thursday received its first batch of foreign-made coronavirus vaccines as the country struggles to stem the worst outbreak of the pandemic in the Middle East.

Also Iranian state TV quoted Tehran’s ambassador to Russia, Kazem Jalali, as saying that Iran has ordered 5 million doses from Russia. The next batches are to arrive on Feb. 18 and Feb. 28, said Jalali.

The coronavirus has so far infected over 1.4 million people in Iran and killed more than 58,000.

In December, Iran began testing an Iranian-made vaccine in humans and said it expects to distribute it in spring, an extremely aggressive timeline. Before this year’s fast-tracked development of coronavirus vaccines, the usual methods of testing a vaccine for safety and efficacy with mass trials could take up to a decade.

The country has also began working on a joint vaccine with Cuba. It is also planning to import some 17 million doses of vaccine from COVAX and millions from other countries. But Iran is struggling to transfer some $220 million held in South Korean banks to pay for the COVID-19 vaccines through COVAX, an international program designed to distribute coronavirus vaccines to participating countries.

The government in Tehran has touted Iran’s domestic vaccine research, repeatedly alleging that tough American sanctions undermine its efforts to purchase foreign-made vaccines and launch mass inoculation campaigns like those underway in the U.S. and Europe. While U.S. sanctions do have specific carve-outs for medicine and humanitarian aid to Iran, international banks and financial institutions hesitate in dealing with Iranian transactions for fear of being fined or locked out of the American market.