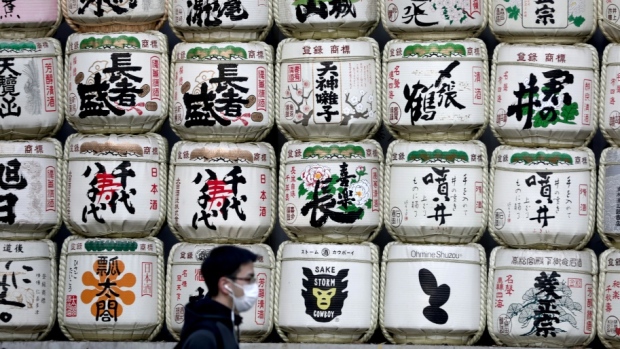 TOKYO, JAPAN — Strong alcoholic drinks can be used “when absolutely necessary” instead of hand sanitizer in Japanese hospitals, authorities said, as supplies run dry as a result of the coronavirus pandemic.

Spirits with an alcohol proof of between 70 and 83 per cent can be substituted to sterilize hands under new rules set out in a health ministry document obtained by AFP on Tuesday.

Some vodkas are that strong, but traditional Japanese tipples such as sake and shochu do not make the grade — at a maximum alcohol proof of roughly 22 and 45 per cent respectively.

But some sake makers have begun producing stronger alcohol products to meet the demand for sanitizer.

Japan beverage giant Suntory is already manufacturing sanitizer in the United States, the country hardest-hit by the outbreak.

Under Japanese regulations, liquids designed for disinfection should contain between 76.9 and 81.4 per cent alcohol content.

Any more than this is less effective and should be diluted, officials say.

Japan has so far been spared the disastrous outbreaks seen in Europe and the U.S., but a recent spike in cases — especially in Tokyo — has raised concerns.

The virus has killed 109 people domestically and infected more than 7,600.