Johnson & Johnson’s long-awaited vaccine appears to protect against COVID-19 with just one shot — it’s not as strong as some of its two-shot rivals but still potentially helpful for a world in dire need of more doses.

J&J said Friday that in the U.S. and seven other countries where their trial has been conducted, the single-shot vaccine was 66 per cent effective overall at preventing moderate to severe illness, and much more protective — 85 per cent — against the most serious symptoms.

There was some geographic variation. The vaccine worked better in the U.S. — 72 per cent effective against moderate to severe COVID-19 — compared to 57 per cent in South Africa, where it was up against an easier-to-spread mutated virus.

Dr. Matthew Oughton, an infectious disease specialist at Jewish General Hospital in Montreal, told CBC News the trial data “certainly looks promising for a single dose, which of course will certainly ease a lot of the logistics we’ve been dealing with so far with the current vaccines that have been granted approval.”

He said by examining mixed populations across continents, the J&J trial is not only “looking at differences in how different groups of people respond, that also means that they capture different viral variants, so they have a good sense of the real-world efficacy of this vaccine.”

With vaccinations off to a rocky start globally, experts have been counting on a one-dose vaccine that would stretch scarce supplies and avoid the logistics nightmare of getting people to return for boosters.

But with some competing vaccines shown to be 95 per cent effective after two doses, the question is whether somewhat less protection is an acceptable tradeoff for getting more shots in arms quickly.

Matthew Miller, an associate professor at the Institute for Infectious Disease Research at McMaster University, told CBC News by email that the decision will depend on multiple factors, including “the procurement timelines for specific vaccines in each country” and how prevalent the newly circulating variants become.

The Canadian government signed an agreement with Johnson & Johnson for up to 38 million doses of their vaccine, though as of earlier this month, officials said a vaccine schedule had not been finalized.

J&J said that within a week, it will file an application for emergency use in the U.S., and then abroad. It expects to supply 100 million doses to the U.S. by June, and expects to have some ready to ship as soon as authorities give the green light.

The U.S. Food and Drug Administration has set a 50 per cent threshold for any COVID-19 vaccine to be considered for emergency use authorization.

The J&J data comes from preliminary findings from a study of 44,000 volunteers that isn’t completed yet. Researchers tracked illnesses starting 28 days after vaccination — about the time when people getting a two-dose vaccine would have needed another shot.

After day 28, no one who got vaccinated needed hospitalization or died, regardless of whether they were exposed to “regular COVID or these particularly nasty variants,” Dr. Mathai Mammen, global research chief for J&J’s Janssen Pharmaceutical unit, told The Associated Press. When the vaccinated did become infected, they had a milder illness.

Defeating the scourge that has killed more than two million people worldwide will require vaccinating billions, and the shots currently being rolled out in different countries require two doses a few weeks apart for full protection. Early data is mixed on exactly how well all the different kinds work, but shots made by Pfizer and Moderna appear to be about 95 per cent protective after the second dose.

But amid shortages, some countries have advised delaying the second dose of certain vaccines with little data on how that would affect protection.

All COVID-19 vaccines train the body to recognize the new coronavirus, usually by spotting the spike protein that coats it. But they’re made in very different ways.

WATCH l Canada’s Providence Therapeutics hopes to get a homegrown vaccine into the pipeline: 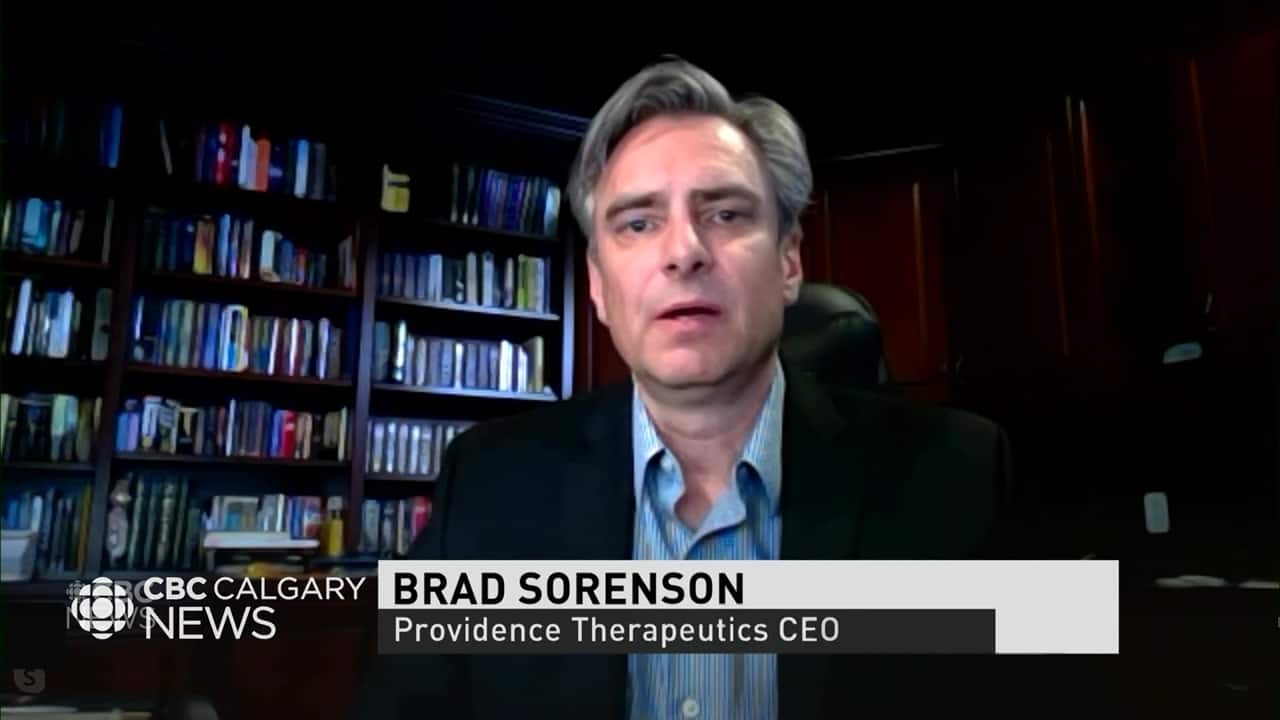 A made-in-Canada vaccine to protect against COVID-19 is now in human clinical trials in Toronto. Providence Therapeutics CEO Brad Sorenson says they’ve purchased a site in Calgary to mass produce the vaccine. He spoke with Rob Brown about the project on CBC Calgary News at 6. 7:55

J&J’s shot uses a cold virus like a Trojan horse to carry the spike gene into the body, where cells make harmless copies of the protein to prime the immune system in case the real virus comes along.

Rival AstraZeneca makes a similar cold virus vaccine that requires two doses. Both the AstraZeneca and J&J vaccines can be stored in a refrigerator, making them easier to ship and use in developing countries than the frozen kind made by Pfizer and Moderna.

It’s not clear exactly how well the AstraZeneca version, being used in Britain and several other countries, works. Tests in Britain, South Africa and Brazil suggested two doses are about 70 per cent effective, although there are questions about how much protection older adults get. An ongoing U.S. study may provide more information.

J&J said its vaccine works consistently in a broad range of people: A third of participants were over age 60, and more than 40 per cent had other illnesses putting them at risk of severe COVID-19, including obesity, diabetes and HIV.

J&J said the vaccine is safe, with reactions similar to other COVID-19 shots, such as fever, that occur when the immune system is revved up.

“Gambling on one dose was certainly worthwhile,” said Mammen.

While it released few details, the company said there were no serious allergic reactions. But occasionally other COVID-19 vaccines trigger such reactions, which can be reversed if promptly treated — and authorities have warned people to be on the lookout regardless of which type of vaccine is used.

J&J has hedged its bets with a study of a two-dose version of its vaccine, which is still underway.

Friday’s interim results come on the heels of another vaccine in final testing. Novavax reported this week that its vaccine appears 89 per cent effective in a U.K. study, and that it also seems to work — though not as well — against new mutated versions of the virus circulating in Britain and South Africa. A larger study in the U.S. and Mexico is still enrolling volunteers.