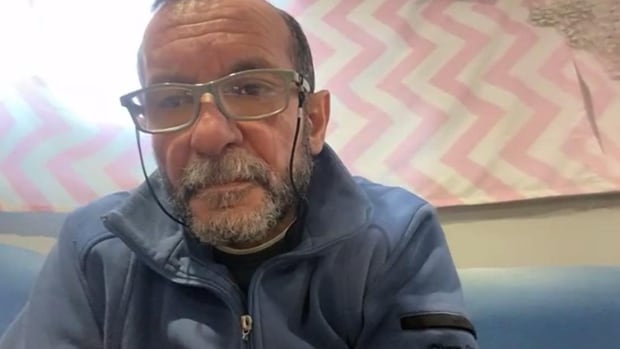 The father of a London, Ont., teen who died Thursday after being diagnosed with COVID-19 says his son died at home after being treated as a day patient in hospital earlier this month.

Ahmad Dabeh said his 19-year-old son Yassin was diagnosed with COVID-19 in the second week of January. He said Yassin went to a London emergency room complaining of chest pains and difficulty breathing on more than one occasion, but was never admitted to hospital.

During these visits, his son was treated with oxygen and released after a few hours, he said.

Dabeh was speaking at a news conference he held Tuesday via online video, in part to address rumours circulating online that his son’s death was caused by something other than COVID-19.

“These are rumours and they are hurtful to our family and to Yassin,” he said, at the news conference, speaking Arabic and answering reporters’ questions through a translator.

He said his family is grieving the loss of a “very loving and compassionate” young man.

Yassin worked as a cleaner at Middlesex Terrace, a long-term care home just outside of London in Delaware, Ont., that has been dealing with a COVID-19 outbreak.

Dabeh did not say what days his son went to hospital, but that Yassin was diagnosed with COVID-19 in the second week of January.

On Thursday, Yassin complained of difficulty breathing and chest pain, Dabeh said. That evening, the family was unable to wake him up after he fell asleep, he said.

Dabeh said the family called 911 on the night his son died. Paramedics tried to revive Yassin but the teen was pronounced dead that evening, he said.

Dabeh said he believes medical staff gave their son the best treatment they could.

Yassin was buried the day after his death. Dabeh and other family members were not able to attend the burial because they are now positive for COVID-19.

On Monday, the Middlesex-London Health Unit said there would be no further investigation into Yassin’s death.

Yassin’s death made national news because of the more than 19,000 Canadians who’ve died of COVID-19, he is one of only three people younger than 19.

He was a Syrian refugee who moved to Canada with his family in 2016.

Dabeh said he wanted “the best future” for himself and his eight children and said he’s “very grateful” to the people of Canada for helping his family have a better life here.