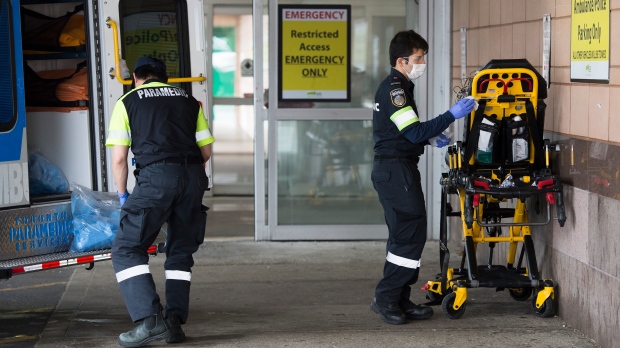 TORONTO — Ontario health officials are reporting that the vast majority of the province’s new cases of COVID-19 involve people under the age of 60.

Officials confirmed an additional 111 new infections on Tuesday, and reported that 96 of those cases were people younger than 60 years older.

The province also reported that the new number of cases did not include anyone over the age of 80. Fifteen of the new cases were people between the ages of 60 and 79.

It’s welcome news for many as the novel coronavirus has taken a significant toll on seniors in the province and long-term care homes. More than 1,876 people over the age of 80 have died in Ontario since the start of the pandemic.

The province also reported on Tuesday that one more person over the age of 60 died of COVID-19. It’s a slight drop from Sunday and Monday when three people were reported to have died.

The recent numbers bring Ontario’s total number of lab-confirmed cases of the disease to 36,950, including 2,723 deaths and 32,785 recoveries.

Where are the COVID-19 cases?

Ontario Health Minister Christine Elliott said that 28 of the province’s 34 public health units have reported five or fewer new cases of the disease on Tuesday, with 21 of them reporting no new cases at all.

The majority of total deaths to date have been reported in people over the age of 70. One person, under the age of 19, who had COVID-19 died in Ontario, but it is not clear if the death was caused by the disease or other health issues.

As of Tuesday, there were 137 people in the hospital due to COVID-19. Thirty of those patients are in the intensive care unit and 21 of them are breathing with the assistance of ventilators.

Ontario health officials have conducted more than 1.7 million tests for the disease since the pandemic was declared.

More than 13,000 tests are still under investigation.

Today, Ontario is reporting 111 cases of #COVID19, a 0.3% increase. Locally, 28 of Ontario’s 34 public health units are reporting five or fewer cases, with fully 21 of them reporting no new cases at all. With 122 more resolved, there are 11 fewer active cases in the province.

Coronavirus: What’s happening in Canada and around the world on May 17