The country’s chief public health officer on Thursday urged Canadians to step up their coronavirus-fighting efforts to drive down cases of the resurgent coronavirus and reduce that strain.

“Given recent developments, there is an urgent need for everyone take individual actions to not only protect ourselves but also our vulnerable populations and communities,” Dr. Theresa Tam said.

She said Canada needs to “retake the lead on COVID-19” by following public health guidance, such as reducing close contact, wearing a mask, frequent hand washing and staying home when appropriate.

Tam said on Wednesday that COVID-19 transmission is increasing in settings such as long-term care homes and Indigenous communities, which is contributing to spikes in hospitalizations that are putting stress on already taxed health systems.

Health officials in British Columbia warned of just that on Wednesday.

“This second surge is putting a strain on our health-care system, our workplaces and us all,” said a statement from Provincial Health Officer Dr. Bonnie Henry and Health Minister Adrian Dix.

With case numbers on the rise in B.C. and across much of the country, Premier John Horgan on Wednesday called on Ottawa to work with provinces to discourage non-essential inter-provincial travel. 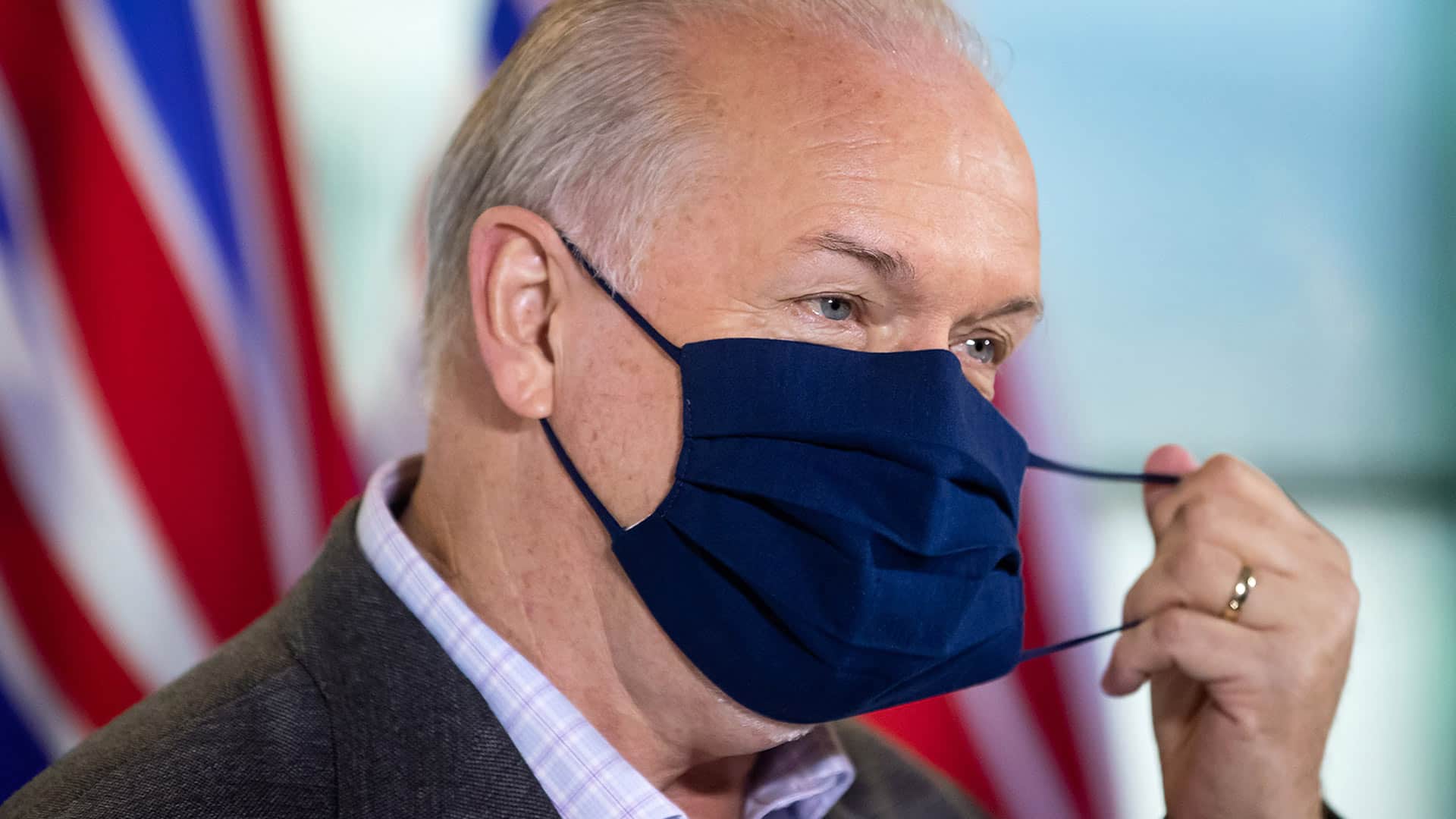 British Columbia’s premier has called on the federal government to restrict non-essential travel between provinces. B.C. is also considering a 14-day mandatory quarantine for travellers to Vancouver Island. 2:01

In neighbouring Alberta, the chief medical officer of health warned on Wednesday that if the province doesn’t change its current COVID-19 trajectory the “implications are grim.”

“This is deadly serious. I have asked for kindness but I also ask for firmness,” Dr. Deena Hinshaw said.

“The need to control our spread and protect our health system is why I ask everyone, anywhere in the province, to abide by all public health measures.”

In hard-hit Ontario, the province reported on Thursday that admissions to intensive care jumped considerably up to 146, an increase of 19. Of those, 88 people — 10 more than yesterday — are on ventilators.

Further to the province’s official number, an internal report from Critical Care Services Ontario, shared by sources with CBC Toronto on Thursday, puts the number of patients in ICUs at 150.

Last week, public health officials said that is the threshold before other surgeries and procedures will likely need to be cancelled to accommodate COVID-19 patients.

“We’re going to add surge capacity within the hospitals,” he said.

In Saskatchewan, 16 high schools in Saskatoon and Regina will switch to a mix of in-person and remote learning as of Thursday because of rising COVID-19 cases in the province.

Manitoba on Thursday announced new restrictions as cases in the province continue to rise.

New public health orders will forbid people from having anyone inside their home who doesn’t live there, with few exceptions, and prohibit businesses from selling non-essential items in stores.

Premier Doug Ford on Wednesday warned that some of the province’s “red” zones could be facing another lockdown.

Quebec on Thursday reported 1,207 new cases of COVID-19 and 34 deaths, including seven that happened in the last 24 hours. Hospitalizations stood at 651, with 101 in intensive care.

Premier François Legault is expected to provide details around holiday gathering size and the possibility of an extended school break later in the day.

In Atlantic Canada, Nova Scotia and Newfoundland and Labrador both reported one new case.

In the territories, Nunavut health officials reported four more cases of COVID-19 on Thursday, bringing the number of cases in the territory to 74.

A new case was confirmed in Whitehorse on Wednesday evening, bringing Yukon‘s case total to 26. The territory said it will also “divorce” B.C. from its COVID-19 travel bubble as case counts rise in that province.

And the Northwest Territories renewed a state of emergency for Yellowknife to clear the way for an emergency warming shelter in light of capacity limitations at other facilities amid the COVID-19 pandemic.

As of early Thursday, there were more than 56.3 million reported cases of COVID-19 worldwide, with more than 36.2 million of those cases listed as recovered, according to a COVID-19 tracking tool maintained by Johns Hopkins University. The global death toll stood at more than 1.3 million.

In Europe, Russia’s total number of confirmed coronavirus infections rose above two million and the country recorded 463 deaths on Thursday, its highest one-day increase in fatalities. The country’s confirmed death toll is 34,850.

WATCH | Inside a Moscow COVID-19 ward:

A well-equipped, high-tech COVID-19 ward set up inside a Moscow convention centre is a stark contrast to the overwhelmed hospitals elsewhere in Russia. CBC News got a first-hand look at the facility and found out what’s creating the disparity in health care. 6:34

In Asia, South Korea has reported more than 300 new coronavirus cases for a second consecutive day as authorities begin enforcing toughened social distancing rules in some areas to fight a resurgence of small-scale clusters of infections.

In the Americas, U.S. doctors, nurses, hospital officials and the Centers for Disease Control and Prevention joined forces Thursday to urge scaled-back Thanksgiving and holiday gatherings to help keep Americans and overburdened hospitals safe during the coronavirus surge.

Africa has surpassed two million confirmed coronavirus cases as public health officials warn the continent is “inevitably edging toward a second wave” of infections. The WHO says this time the surge is driven not by South Africa — which leads the continent with more than 750,000 confirmed cases — but by North African nations as temperatures fall there.