You Are Here Home Health News Manitoba nurses preparing for possible strike action; what it could mean for ICUs 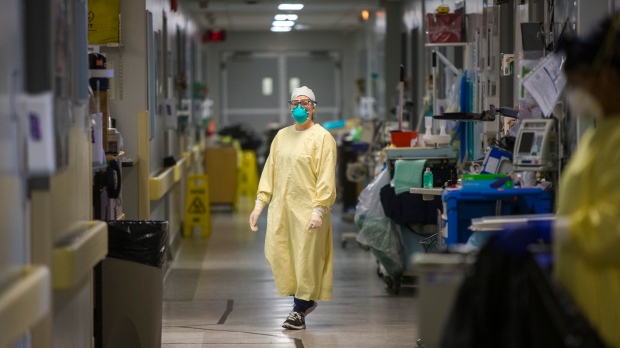 WINNIPEG — Manitoba nurses are preparing for a possible strike action as talks with the province on a new collective bargaining agreement have stalled.

“We’ve been given no other option but to pursue this route,” said Manitoba Nurses Union president Darlene Jackson.

Nurses in Manitoba have lacked a collective agreement for four years and bargaining with the province has been ongoing for the last seven months.

In a letter sent to members over the weekend, the MNU said it wants to bring in an “interest arbitrator,” a third-party negotiator brought in when an agreement with a union can’t be reached, to facilitate the bargaining process.

But, without the province agreeing to an interest arbitrator, the only way to secure one is with a strike lasting at least sixty days.

“Had we been granted voluntary access to interest arbitration we wouldn’t be in this position,” said Jackson.

“But we are in this position because our employers, and this government, has denied that right.”

Acting Health Minister Kelvin Goertzen said Monday he is hopeful an agreement will be reached soon.

“My understanding is that, at the bargaining table, there is a recognition of the value of nurses and that’s recognized in a monetary way as well,” said Goertzen.

A “strike action” wouldn’t take nurses off the job completely.

A strike could, however, involve any form of slowdown of work or limiting labour output, which could come at a time when ICU beds are so sparse the province is moving COVID-19 ICU patients out of province.

So far, 40 COVID ICU patients have been sent to hospitals in Ontario and Saskatchewan.

Glen Dickson’s sister, Alison Simard, is one of them and was only just released from hospital in Ontario.

“I know nurses, in particular health care aides, they have certainly been stressed to the limit under a pandemic like this,” said Dickson.

Dickson also said raising wages for nurses during the pandemic may not be the right move.

“If you increase their compensation now and the pandemic is over, what happens then?” he said.

But Jackson said it isn’t just about compensation, as a new agreement has to help recruit and retain nursing staff, especially since the province will need to catch up on thousands of surgeries and procedures postponed or cancelled due to the pandemic.

“We have to ensure that we are competitive,” she said. “That we are able to draw in and keep nurses in this province when Saskatchewan and Ontario are so much more competitive than we are.”