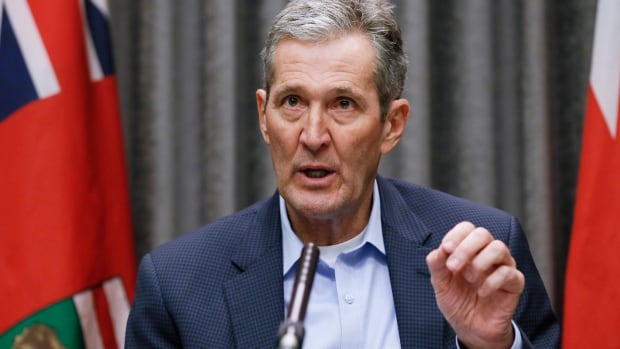 Manitoba needs up to 50 critical care nurses and 20 respiratory therapists, as well as up to 50 contact tracers from Statistics Canada, Premier Brian Pallister said after talking with Prime Minister Justin Trudeau on Friday.

“This is going to be, we hope, a temporary thing and a short-term thing, but the sooner we get a little bit of backup help here the better,” Pallister said.

Manitoba is in the grip of the third wave of the pandemic and is seeing record numbers of new cases and people in intensive care.

Earlier this week, three intensive care patients were sent to Ontario to free up bed space.

Pallister said officials from the two levels of government have been discussing the idea of bringing in staff from other provinces for about a week. He said the prime minister was supportive of the idea.

“I thanked him for that and, clearly, we’re not asking for anything that others haven’t already needed,” he said, referring to interprovincial help received in some provinces hit earlier by the third wave.

Winnipeg Mayor Brian Bowman, who spoke separately with Trudeau, said he is disappointed with the provincial government’s pandemic response to date.

Physicians across Manitoba warned weeks ago that growing COVID-19 cases would put a heavy strain on hospitals.

“Every week [the government is] reacting to rising case counts, when doctors and many in our community, myself included, have said we need strong proactive measures,” Bowman said.

The mayor reiterated calls to increase fines for people who break public health orders. He also said non-essential retail businesses should be closed. Stores are currently allowed to remain open at 10 per cent capacity.