Obtaining the Campaigns list from the server has failed!
Server response:
CM Ad cahger Server plugin is not active on https://legendarygroup.co/admanager/
You Are Here Home Health News Manitoba scientist continuing cancer research after losing research partner to the disease 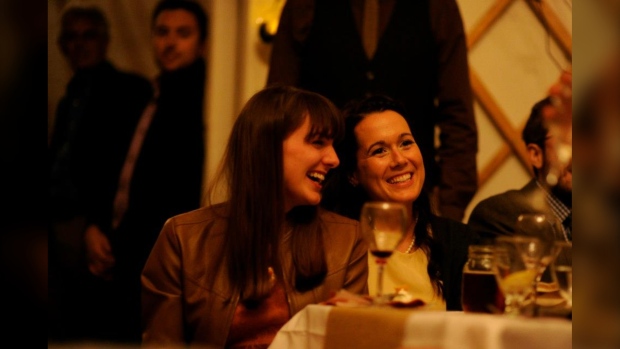 WINNIPEG — A Manitoba-based research scientist is keeping her best friend’s memory alive through a project the pair started together.

Alyson Mahar recently received five years of funding from the Canadian Cancer Society for work looking into gaps that exist in cancer care in Canada. The project is called MEGAN-CAN after her late-best friend Megan Duncan, the two thought of the idea together when Duncan was battling breast cancer for a second time.

“From the moment of her cancer diagnosis, it was always about how can I improve this for the next generation?” said Duncan’s husband Jeff Crane, who is also a member of the MEGAN-CAN team as a patient advisor.

Over that period, the young family had moved to several different parts of Canada, meaning Megan’s diagnosis, treatment, and end-of-life care happened across many provinces.

After the cancer returned, Mahar and Duncan, who both worked in the public health field, decided to do something with the situation they were handed while they could.

“She wanted better for other people, and I said, ‘Hey I’m an epidemiologist who’s interested in health inequity. There’s something maybe I can do here,’ and so we worked on this idea together,” said Mahar.

The idea was to develop a national platform and website focused on cancer treatment inequities that exist in Canada.

“These are reasons why people are sick or why they don’t get the treatment they need that are unrelated to their illness,” said Mahar, who is a research scientist at the Manitoba Centre for Health Policy at the University of Manitoba.

Mahar said the priorities on the platform will be gaps identified by patients and their families, and those will be looked into further using health databases like the one at the Manitoba Centre for Health Policy.

“The advancements we make in cancer care need to be translated for all Canadians and not just those who hold privilege, and by putting equity at the forefront, both in the clinic, but also in research, that’s how we can get there,” said Mahar.

Duncan passed away in February 2020, before the project got off the ground. Mahar has since renamed the project MEGAN-CAN in honour of her friend, which stands for Measuring Equity and Generating Action in Cancer.

Megan’s husband Jeff said he can’t think of a better way to honour a caring wife, mother, and friend.

Mahar has been on maternity leave since the MEGAN-CAN project received the Canadian Cancer Society’s Emerging Scholar Award. She said she expects to be back to work in the next few weeks to begin the project she and Duncan dreamed of doing together.

“Her ability to think of others in what were her darkest times, it’s not something that everyone could do,” she said.