You Are Here Home Health News Many supplements for vision loss do not achieve their label claim, researcher says 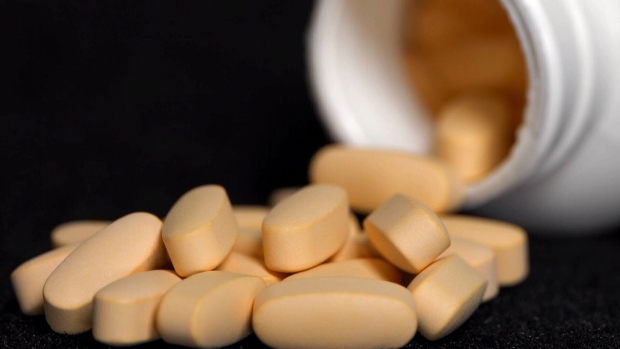 TORONTO — A new generation of supplements have become a billion-dollar business, boasting antioxidants that slow the development of macular degeneration, a leading cause of blindness.

Studies show these carotenoids, like lutein, zeaxanthin and meso-zeaxanthin, reduce the risk of macular degeneration by up to 25 per cent.

Considering that more than 2 million Canadians over the age of 50 are affected by age-related macular degeneration (AMD), these supplements can be a big deal.

But tests done by researchers at the Waterford Institute of Technology in Ireland found that what’s on the supplement label isn’t always in the package — raising questions around whether regulations for these products should be strengthened.

“We were amazed with what we saw,” John Nolan, founder and director of the Nutrition Research Centre Ireland (NRCI) and one of the authors of the new report, told CTV News. “Not every product that’s commercially available actually has what it says on the label.”

The lab tested 46 supplements sold in places including Europe, Mexico and the U.S. Eleven of the supplements studied are sold in Canada.

Sixty-one per cent of the supplements did not have the amount of carotenoids that they claimed to have on the label, according to the report.

Among the Canadian supplements, the test found 64 per cent failed. This means that the nutrients required to protect the eyes weren’t present in the levels needed.

“Out of the 11 products that we could analyze, seven of them were on the south side of their label claim, and some of them were even significantly under what Health Canada would request,” Nolan said.

Health Canada guidelines for Natural Health Products require that the quantity of medicinal ingredients be a minimum of 80 per cent of the label claim. Two of the Canadian supplements studied fell short of achieving even that mark with two of the carotenoids they claimed to have on the label, according to the test.

Nolan believes that allowing this leeway only allows companies more room to get it wrong.

“Setting the limits to 80 per cent allows the companies to work towards these lower limits,” he said. “Those that know what they are doing will of course do this.”

He believes that the regulation should be changed to require supplements to have to prove their product contains 100 per cent of the label claim.

“There’s harm to the consumer, in so far as that if they need these nutrients to protect their vision, […] they’re not getting the active ingredients,” Nolan said.

“We know that when the right nutrients, when the true carotenoids are used, we can help patients. That’s not a hypothesis anymore. That’s a scientific conclusion from a well-conducted experiment.”

The new report is authored by Nolan and Alfonso Prado-Cabrero, a senior researcher at NRCI at the Waterford Institute. Nolan has done consultancy work for several companies creating these types of products and Prado-Cabrero has spoken at meetings sponsored by some product makers, but both authors have no stake in any of the companies whose products were tested in this new study, and received no payment for these tests.

The report is not published yet, but Nolan stated that he is preparing to submit the results for publication.

The results of the report were a big surprise to eye specialist and Dalhousie professor Dr. Alan Cruess.

He and colleagues across Canada advise patients with macular degeneration to take these supplements long-term, often for the rest of their lives.

“I think it’s concerning in the sense that people are spending their hard earned dollars to take supplements that may or may not be helping them,” Cruess said.

“They wouldn’t be lowering their risk by 25-plus per cent. They might be lowering it by 10 or 12 per cent, but not as much as we would hope they would.”

THE PRICE OF SIGHT

Whether or not these supplements work as advertised means a lot for people like 76-year-old Percy Ford-Smith, who has been on supplements for several years after being diagnosed with macular degeneration.

The pills he takes cost $50 for a three-month supply.

The findings in this report were “very disturbing” to him, he told CTV News.

Ford-Smith discovered he was slowly losing his vision after he went in for a routine eye exam. As an avid gardener and model plane maker, it’s important to him not to lose his eyesight.

“I want to dearly want to save my eyesight,” he said. “I rely on it so much. You can see from my planes and my gardens here that I really do every day appreciate my eyesight tremendously.”

Macular degeneration affects the macula, a region near the centre of the retina that provides us with “over 90 per cent of our vision, and all of our color vision,” Nolan explained.

Carotenoids are actually pigments present in many fruits and vegetables such as bell peppers and corn, helping to provide the yellow colour. They play a crucial role in our eyes to not only assist in colour vision but also to act as antioxidants, helping to protect the eye itself.

The idea behind the supplements is to help those who have dietary deficiencies in carotenoids such as lutein, zeaxanthin and meso-zeaxanthin.

“These are not silver bullets in terms of trying to fix morphology or fix a disease that has developed over 60, 70 years of a person’s life,” Nolan said.

But when eyesight is on the line, lowering the risk of progressing to severe AMD by 25 per cent, as studies have shown these supplements can do, could make a real difference to older Canadians.

Nolan is one of the leading scientists looking at carotenoids and the eye, having studied in this field for two decades. He said he has published more than 100 papers in peer-reviewed publications. Some of his papers or research studies have looked at commercially available products in the past.

POWDER OR SOFTGEL? HOW THE CAPSULE PLAYS A ROLE

In these recent tests, the lab also took note of how the 46 different products were formulated, meaning whether the supplement came in the form of a softgel capsule or other forms like chewable or powder capsule.

Those that passed were all softgels, with one tablet passing the test. While some softgel products also failed, all of the products examined that were powder-based failed the test.

“The most worrying thing that we started to see was that when the formulations were provided, the carotenoids provided, in powder formulations, we saw that a) they were not [matching] label claim, but over a short period of time, they were degrading and essentially reducing to zero activity,” Nolan said.

And this degradation can occur fast. Nolan took one of the Canadian products that was powder-based and had failed the test, and re-tested it 22 days after it had been opened.

The active amount of lutein per capsule had gone down from 6.47 mg to 1.65 mg, a 75-per-cent degradation in less than a month.

The label claim was that consumers would receive 10 mg of lutein per capsule.

Researchers believe powder products may oxidize faster than those formulated in oil and protected from light.

Nolan thinks that some companies may not be aware of the problem and that governments aren’t requesting enough ongoing testing.

“[Businesses] should be forced to make sure they do everything possible to deliver these food supplements at the highest possible caliber,” he said.

CTV News has the names of the companies listed in the report, and has contacted them, but has decided not to publish the names pending the Health Canada investigation into the Canadian products.

So what should consumers do in the meantime?

Cruess said those who are already taking supplements should continue with their current product.

“Probably the most cautious thing to say is to stick on their product and stay tuned for Health Canada,” he said.

A good bet for those who are thinking of starting to take supplements is to focus on the formulation, he added.

“If people are starting these supplements they might prefer to consider gel formulations. It would be my advice anyway as they are easier to swallow and seem better tolerated in my patients.”

The supplement business is worth billions of dollars, making this type of research all the more important — and more contentious.

Nolan shared that he has received threats from one company who he named in this recent report.

CTV News has the names of the companies listed in the report, and has contacted them, but has decided not to publish the names pending the Health Canada investigation into the Canadian products.

But the problem in the industry has existed long before Nolan pointed it out.

A 2019 Polish study published in the scientific journal Trends in Food Science & Technology looked at the question of mislabelling among food supplements available throughout the European Union.

The study looked at EU and Polish databases regarding fraud in health foods and supplements, and found that in 2018, 77 per cent of the irregularities reported with “dietic foods, food supplements and fortified foods […] were related to mislabelling.”

Of the instances of non-compliance that the study found, 31 per cent concerned the final composition of the product, and more than a quarter concerned various “nutrition/health claims” that the product made.

“Governance needs to be strengthened both at the EU level where overarching regulation can be introduced and also in individual member states,” the study concluded.

Cruess said this new report from the Waterford Institute begs the question of whether we need to reexamine the regulations on these supplements, “and invoke some of testing of products” by governments.

“There will be repercussions from this report, clearly,” he said. “Hopefully to improve the situation. We’ve got to get through and try to support patients with the right products.”

Health Canada told CTV News in a statement that they were looking into it.

Their response to CTV News is included below in its entirety.

The Department has opened a case for follow-up to determine whether any non-compliance has occurred. This action was based on the information provided by Professor Nolan to Health Canada regarding products being sold for macular degeneration/eye health.

Q2- How is Health Canada ensuring that companies sell products that actually contain ingredients listed on their labels?

Q3- What happens to companies that fail to meet their label claim?

When Health Canada identifies or is notified of potential non-compliance with the Food and Drugs Act or its associated regulations, it takes steps to verify whether non-compliance has occurred. Health Canada uses a variety of compliance and enforcement tools to monitor and verify that regulated parties comply with requirements such as on-site visits, reviewing ingredients on product labels and/or sending products for laboratory testing. The primary objective of Health Canada’s compliance and enforcement approach is to manage the risks to Canadians using the most appropriate level of intervention and action is taken based on the risk posed to the general public.

More information on Health Canada’s national compliance and enforcement approach for health products regulated under the Food and Drugs Act and its regulations can be found in the Compliance and Enforcement Policy.

The Department encourages anyone who has information regarding potential non-compliant sale or advertising of a health product to report it using the online complaint form.