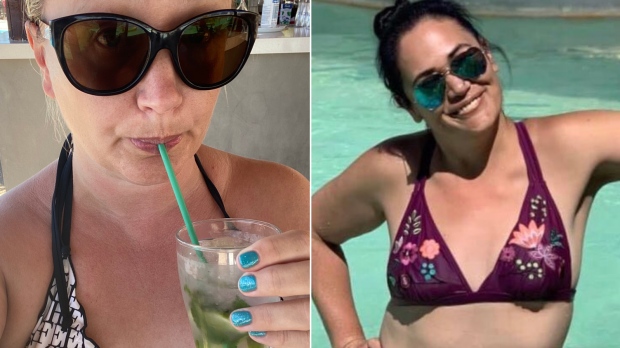 A medical journal is retracting an article that called some social media posts “potentially unprofessional” after outraged health professionals flooded Twitter with photos of themselves posing in bikinis and holding alcoholic drinks.

Many medical professionals argued that the contents targeted women and highlighted the sexism problem in the medical field.

Vera Bajarias, a nephrologist in training in the Philippines, posted a photo of herself in a bikini with the words, “I can wear swimwear to the beach in my free time & be a competent & compassionate physician at work.”

“The backlash should have erupted the minute this paper saw the light of day,” she told CNN. “As a female doctor, I’m incredibly aware of how sexist the medical world is. Unless women are regarded as equals, we cannot achieve full progress not just in medicine, but in any other field of occupation.”

Several men come to the same conclusion and are standing up for their female colleagues.

“I don’t feel like this study applies the same social responsibility to men and women equally,” Anthony Tucker, an ear, nose, and throat surgeon in Florida told CNN. “

“In my, the medical profession, male physicians have behaved poorly for decades and with little grief. …However, when a strong willed, confident, intelligent and very skilled women does the same… they are given grief. I have seen it countless times.”

The study was first published in December 2019 came to light after being included in the August edition of the Journal of Vascular Surgery.

It evaluated the accounts of 480 young vascular surgeons to see if their social media posts could be labeled as blatantly unprofessional or potentially unprofessional to a future patient searching for a doctor. Sixty-eight percent of the accounts were men and 32% were female, and over half could be publicly identified.

The article based their research on a 2012 study that found that over 40% of adults search for their potential doctor online and said the information they found impacted their choice of physician.

The study found that 26% of accounts had one of these two types of posts and concluded that, “Young surgeons should be aware of the permanent public exposure of unprofessional content that can be accessed by peers, patients, and current/future employers.”

The study also admitted it saw positive professionalism being practiced as well, and that neither men nor women were more likely to post unprofessional or potentially unprofessional content to their accounts.

Due to the backlash, one of the authors and the journal issued apologies for the article late Friday night. And the journal announced that the study would be retracted.

“Our intent was to empower surgeons to be aware and then personally decide what may be easily available for patients and colleagues to see about us,” author Thomas Cheng said in a thread on Twitter.

“However, this was not the result… We are sorry that we made the young surgeons feel targeted and that we were judgmental.”

The Journal said in its statement on Twitter that it understood the intent of the authors but admitted that they failed in the review of the study in regard to “conscious and unconscious bias.”

It also concluded that the authors did not get permission to use the database identifying whom the young surgeons were and chose to remove the study and retract its contents.

Some comments applauded the apologies as taking responsibility, but other still said that it didn’t go far enough to keep issues like this from happening again.

Wearing a bikini at the beach doesn’t make me unprofessional. Stop it with the double standard – it’s time we start viewing male and female doctors the same way. #MedBikini pic.twitter.com/e3UlUzjZPS

Misogyny is medieval. Do I have to wear my white coat at all times to deserve the title of “professional”?
Fun, sexy, smart & hard-working can exist in the same space. I can wear swimwear to the beach in my free time & be a competent & compassionate physician at work. #medbikini pic.twitter.com/bWC4tSEVTR