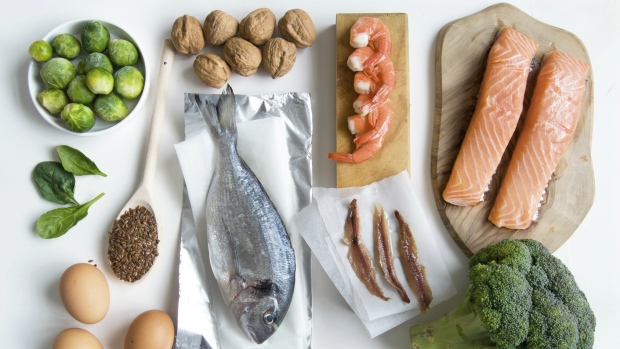 In a clinical trial with 612 volunteers aged 65 to 79 across five European countries, those who adopted a typical MedDiet for a year showed more “good” microbes linked to better brain function, and a net drop in gut flora thought to trigger inflammation and increased frailty.

The results held true regardless of age or weight, both of which influence the community of bacteria species — numbering up to 1,000 — that make-up the human microbiome, the scientists reported in the journal Gut.

“This diet might act on gut bacteria in such a way as to help curb the advance of physical frailty and cognitive decline in older age,” lead author Paul O’Toole, head of the School of Microbiology at University College Cork in Ireland, told AFP.

In the later stages of life there is a natural decline of bodily functions and a tendency for the immune system to overreact, leading to a clinical condition known as frailty.

“In an older person, the immune system is striking at shadows,” O’Toole explained. “It is constantly turned on and firing into deep space.”

Previous research has suggested that the restricted diet common among older people, especially those living alone or in institutions, sharply reduces the range and types of bacteria found in the gut, thus helping to speed the onset of these conditions.

“At the same time, we have long known the Mediterranean diet” — rich in fresh produce and olive oil, and fish rather than red meat — “is good for you,” O’Toole noted.

This style of cuisine correlates with less frailty and inflammation, and better cognitive function, he added.

But researchers didn’t know why this was true.

O’Toole and his colleagues in Ireland were part of a European project that set up an experiment to see if gut microbes might play a role.

Coordinating with teams in Poland, Italy, France and the Netherlands, they compared seniors eating a narrow range of mostly prepared foods with those who had switched to eating fresh, MedDiet ingredients delivered to their doorstep every week.

In the second group, good bacteria flourished while microbes associated with poor health were reduced in number by the good diet.

But the strongest evidence of the MedDiet’s impact came in looking at who adhered to the new regimen most closely.

“We interviewed everyone in detail to measure compliance,” O’Toole said.

A year was long enough to see a measurable change in mix of microbes, but seniors would have to stick to the diet far longer to see “clinically significant” changes in inflammation and frailty scores, the study found.

“I would recommend this diet to anyone in that age group, but at the same time I’m realistic,” he said.

“My priority is to find a supplements that contains all the ingredients of a MedDiet to replace the missing microbes in frail and order people.”

“If you have been on a bad diet for a really long time… it’s like the World Wildlife Fund says: ‘extinction is forever’, and it may not be possible to bring the microbes back even with a good diet.”

Curve at tip of shoes eases movement but may lead to weaker muscles, problems