You Are Here Home Health News Mental disorders affect more than half of COVID-19 survivors: study 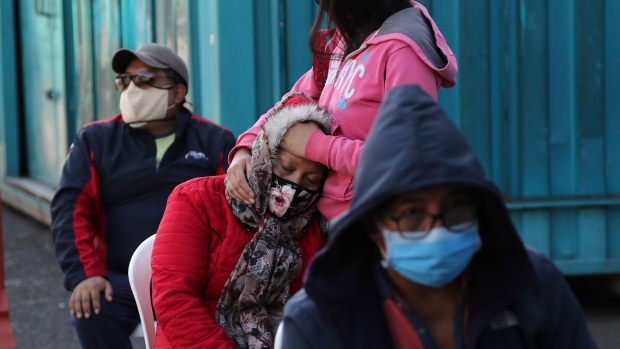 TORONTO — An alarming new study suggests that the majority of people who recover from COVID-19 suffer from at least one mental disorder a month after treatment, raising serious concerns about lingering psychological effects of the virus.

The research, published online last week in the journal Brain, Behavior and Immunity, screened 402 adult survivors of COVID-19 and found that 55 per cent presented a clinical score for at least one mental disorder.

Anxiety was the most prevalent affliction, impacting 42 per cent of affected patients, followed by insomnia (40 per cent), depression (31 per cent), post-traumatic stress disorder (28 per cent) and obsessive-compulsive symptoms (20 per cent).

One patient described how, three weeks after their treatment, they suffered from terrifying panic attacks in the middle of the night that made them feel “as if I was to die.”

“I stayed there out on the balcony, for hours, trying to put fresh air into my lungs. It was terrible. Panic made me suffer more than COVID,” the patient wrote in a follow-up report.

Researchers surveyed 265 men and 137 women during follow-up appointments one month after hospitalization. Women were more likely than men to suffer from anxiety and depression, researchers found, and patients with a history of psychiatric diagnoses had a higher rate of mental disorders.

Researchers call their findings “alarming” and recommend that survivors undergo mental health assessment as part of their recovery. As well, they say more research on inflammatory biomarkers is necessary in order to treat emergent psychiatric conditions.

The high prevalence of mental health disorders among COVID-19 survivors may be due to inflammation, researchers say, pointing to an earlier study that suggests inflammation has a direct impact on several neurotransmitter systems in the brain responsible for motivation, anxiety and arousal. Other factors may include traumatic memories of severe illness and social isolation during treatment, researchers wrote.

Other research released earlier this month suggested that a significant proportion of COVID-19 patients may experience delirium in the acute stage of the illness, and that doctors should be aware of the possibility of long-term issues such as depression, anxiety, fatigue, post-traumatic stress disorder, and rarer neuropsychiatric syndromes. However, the same research suggested that if COVID-19 follows a similar trajectory as SARS and MERS, then “most patients should recover without experiencing mental illness.”

Exposure to other coronaviruses, including SARS and MERS, has been linked to neuropsychiatric diseases such as depression, PTSD, obsessive compulsive disorder and panic disorder among some patients. These conditions were reported anywhere from one to 50 months following treatment.

Persistent physical symptoms that last for months have also been reported among some COVID-19 survivors. These self-described “long-haulers” say they continue to suffer from a range of chronic ailments including fatigue, chest pain, heart palpitations, high-blood pressure, sinus issues, loss of taste, shortness of breath and a dry cough.

Mental disorders are not currently listed among Health Canada’s list of 11 symptoms of COVID-19. However, multiple studies have suggested that levels of anxiety and depression have spiked among Canadians since the start of the pandemic.

A study identified 15 novel biomarkers for diseases predisposing to dementia

Manitoba in position to lift most pandemic capacity limits