You Are Here Home Health News Mexico detects fake remdesivir at hospital, for sale on web 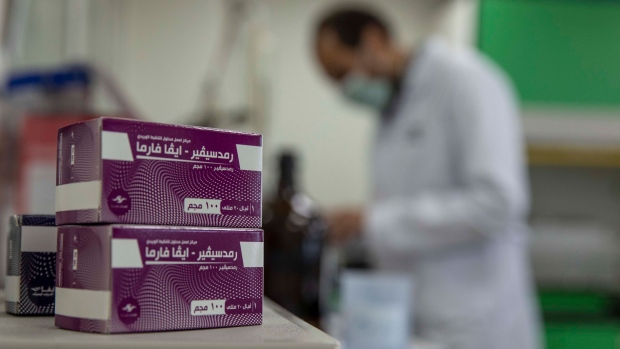 MEXICO CITY — Authorities in Mexico say they have found fake doses of the COVID-19 drug remdesivir offered for sale on the internet and at a private hospital near the U.S. border.

The federal medical safety commission said late Monday that the fake antiviral drug, which it called “a health risk,” was found at a hospital in the Gulf coast city of Tampico, in the border state of Tamaulipas.

The commission said the doses had been purchased in an “irregular manner” on the internet, but did not say whether the medication had been used there.

The drug’s manufacturer, Gilead Sciences, confirmed the falsification. The appearance and lot numbers on the packaging did not match the original.

The U.S. and Mexico have approved remdesivir as a treatment for COVID-19.

In February, police in northern Mexico arrested six people in the border state of Nuevo Leon for allegedly trafficking in fake coronavirus vaccines, but did not say what kind of fake shots were involved. The suspects allegedly offered the vaccines for sale for the equivalent of around $2,000 per dose.

Analysts have long worried that criminal gangs in Mexico could seek to steal, hijack or counterfeit much-desired vaccines or medications during the pandemic. There have been hijackings or thefts of medicines and oxygen in Mexico.

Mexico is currently experiencing a third wave of coronavirus in which case numbers have now exceeded the first wave of 2020. The country has suffered about 236,000 test-confirmed deaths, but because so little testing is done, the real toll is closer to 360,000.