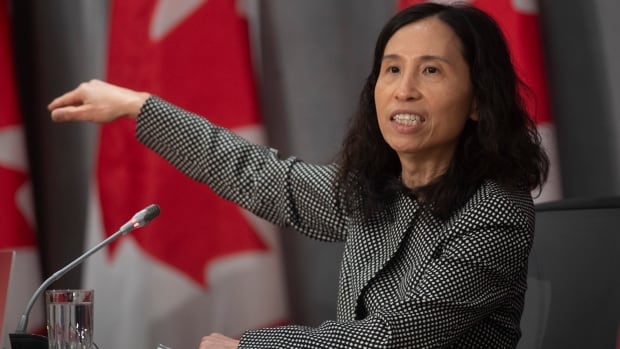 Canada’s Chief Public Health Officer Dr. Theresa Tam says models that attempt to predict how many people could become infected and die from the coronavirus are not “crystal balls,” and that it’s more important to focus on what is happening with the outbreak in real time.

Tam said public health officials and the federal government use different models for planning purposes, but whether or not different projections will actually play out is highly dependent on the actions taken by governments and citizens.

“The use of modelling or other projections always describes a range of possibilities … they’re not actual crystal balls or real numbers,” said Tam. “That’s why we keep saying we need to act now and practise social distancing, self-isolation, hand hygiene, and all those measures, because the fate of those possibilities and scenarios is in our hands.”

The comments come as pressure mounts on the federal government to release national-level projections for the number of cases and deaths that could result from the pandemic that has already claimed the lives of over 200 Canadians while infecting over 13,000 more.

More provincial projections on the way

The Ontario government released a series of projections on Friday showing that between 3,000 and 15,000 people could die in the province from complications related to COVID-19, the respiratory illness caused by coronavirus, over the course of two years.

The model also included predictions of when the province’s hospital capacity could become overloaded.

Before that, the B.C. government released projections showing that physical distancing measures had reduced the rate of increase in confirmed cases per day to 12 per cent from a possible 24 per cent, and that the province’s hospitals had the capacity to handle even a severe outbreak similar to what happened in China’s Hubei province..

Both Alberta and Quebec have committed to releasing projections some time next week.

Trudeau says that the federal government will continue to collect the necessary data to make broader COVID-19 predictions. 0:25

The Public Health Agency of Canada released an online dashboard Saturday that presents a number of data points showing the current state of the outbreak across the country. The data shows the number of cases and deaths broken down by categories including age, sex, and location.

It’s the first time authoritative data has been customized and integrated in an interactive way, said Tam.

But the dashboard does not include projections into the future showing how COVID-19 might play out in the months ahead, including how many people will be hospitalized and how many could die across the county.

At his daily briefing, Prime Minister Justin Trudeau would not commit to releasing national projections, but said the federal government would continue to collect and collate data from provinces to build a picture of what’s happening across the country

“We recognize that people want to know how bad this is going to get, how much longer it’s going to last,” said Trudeau.

“One thing is consistently clear — the measures that have been put in place by all orders of government from closing schools to staying home, are saving lives,” said Trudeau.

Trudeau said the government would continue to release up-to-date data on a daily basis and use it to inform decisions.