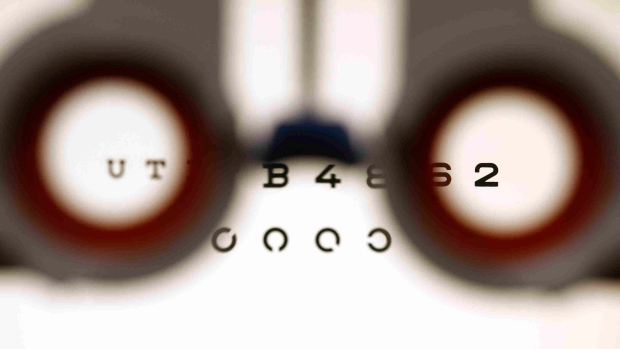 TORONTO — A new report suggests that improved services for those with vision loss are needed to address growing costs that could otherwise put a strain on the health-care system and Canada’s economy.

The report, published on Wednesday from Deloitte Access Economics and commissioned by four leading vision organizations in Canada, used established data on major eye diseases to estimate that vision loss costed Canada nearly $33 billion in 2019 and is expected to climb to $56 billion in 2050, primarily due to trends in population growth and aging.

“Canada is experiencing an emerging crisis of preventable blindness,” Doug Earle, president and CEO of Fighting Blindness Canada, told CTVNews.ca in an interview.

The report found that 1.2 million Canadians are currently living with vision loss, and the number is expected to reach two million by 2050 as the population ages.

The report also indicates that people with vision loss experience a loss of income of $10,666 per person, or 21 per cent of the average Canadian’s wage.

“We see in the report people taking early retirement because of their vision loss, and that’s because they’re they don’t have the technologies in place to help them continue in their roles,” Earle said.

The coalition that commissioned the report — the Canadian Council of the Blind, Fighting Blindness Canada, the Canadian Association of Optometrists and the Canadian Ophthalmological Society – said its findings indicate the need for increased federal supports for people with vision loss and for provinces to cover the costs of comprehensive eye examinations.

“Federal leadership and agenda-setting are required to implement policies that address the issue head on, and that build a framework for coordinated action that will address the multifaceted nature of the issue,” the report states. “A comprehensive and national plan for vision health in Canada is not only desirable, rational, and ethical, but also long overdue.”

In 2003, the federal government committed to the World Health Organization to develop a “Vision Health Plan” by 2007, but it never materialized.

While cases of vision loss are expected to climb, the good news is that an estimated 75 per cent of cases are reversible, preventable or treatable if caught early enough.

“Research has delivered those treatments that are available to you today and that’s why regular eye exams are critical and governments across Canada, they’ve actually delisted those regular eye exams for working age adults,” Earle said.

Doug Purdy from Vancouver is one of those people who caught his condition early enough and can treat it. He was diagnosed with age-related macular degeneration (AMD) in his 50s but noticed his condition worsening over time, and was able to receive the proper treatment before this progressed to irreparable levels.

“The ophthalmologist that I had at the time provided me with the key brochures on AMD, and that was critical,” he said in an interview.

While Purdy still has vision issues and requires regular treatment to maintain his eyesight, he would be blind if it weren’t for the innovative procedures his been able to undergo. He also said his consulting business would be virtually over if he had lost his sight.

“I would have not been able to have the successful businesses that I have had for the last 20-odd years without these treatments,” he said. “It would have had a profound financial impact on me as well, not to be able to carry on my business.”

Earle said a regular eye exam — biannually for those between the ages of 40 and 65 and annually for those over the age of 65 – combined with knowing what to look for is among the best strategies for protecting your long-term eyesight.