You Are Here Home Health News More people died of illicit drug overdoses in first third of this year than ever before in B.C.: report 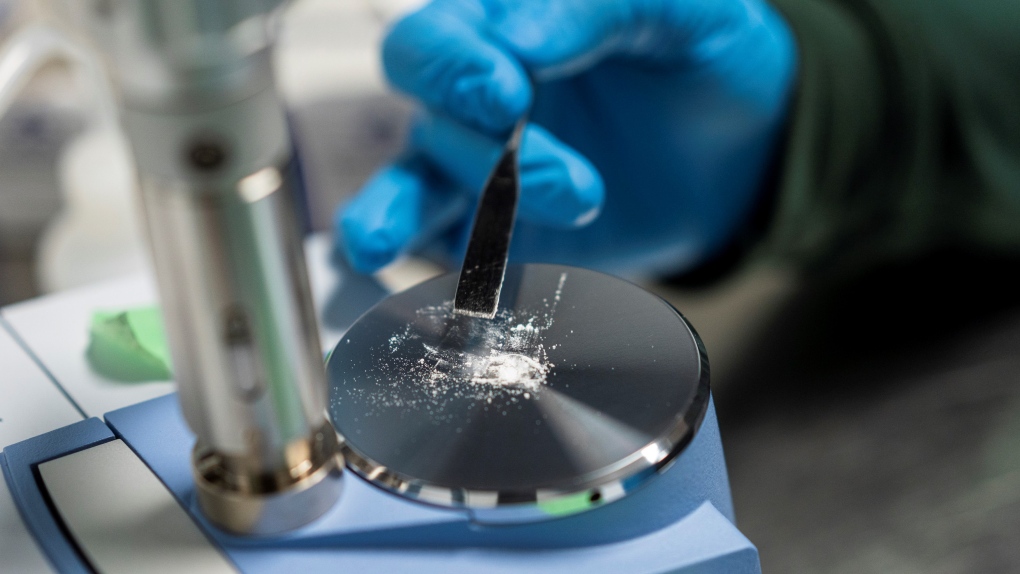 More people died of illicit drug overdoses in British Columbia in the first third of the year than ever before in the province, just-released data shows, in part because the street supply contains more of an antidote-blocking drug.

A report from the B.C. Coroners Service shows 722 deaths have been attributed to drugs like heroin, cocaine, methamphetamine and fentanyl (and often a combination) between January and April.

It’s an average of 180.5 deaths per month, the second-highest monthly average ever seen in the province.

And looking strictly at those four months, this is the highest toll ever seen in B.C.

By this time last year, 721 people had died, a total that, at the time, beat out the previous record by 164 deaths.

The solemn news comes on the heels of an announcement from the federal government that health officials will allow B.C.’s request to decriminalize small amounts of the drugs behind these deaths. The three-year trial begins next year, and the amount Health Canada is allowing – 2.5 grams – is much lower than the province’s requested 4.5. Critics also said before the approval that the province was already asking for too little.

When the program begins at the end of January, adults found carrying that amount or less will not be subject to charges for personal possession, and their drugs will not be seized.

The goal is that it will save lives as police provide information on available services instead of reaching for handcuffs.

With months to go before the program begins, the latest coroners’ report shows the province may be on track for yet another record-breaking death toll.

There were 161 illicit drug overdose deaths in April alone, which is the second-highest number of deaths seen in that month and equates to about 5.4 people each day.

So far this year, officials say, about three-quarters of people who’ve died were within the ages of 30 and 59. Most were male, most were in the Vancouver Coastal and Fraser health authorities, most were in private residences, social housing and shelters at the time.

None were at supervised consumption or overdose prevention sites, and there is no indication through post-mortem toxicology reports that prescribed safe supply is contributing to the death toll, the coroners’ report said. While many associate the crisis with use on sidewalks and parks, only 14 per cent of deaths were in those locations, compared to 84 per cent indoors.

In terms of sheer numbers, the Lower Mainland is seeing the most deaths, which makes sense as the most populated part of B.C. But looking at death rates, Northern Health continues to have the highest at 58 per 100,000 individuals, compared to the provincial average rate of 41. Specific areas seeing the highest rates in B.C. this year are Lillooet, Mission, Cariboo/Chilcotin, Merritt and Alberni/Clayoquot.

Illicit drug toxicity remains the leading cause of unnatural death in the province.

These trends have been noted through much of the province’s six-year overdose crisis.

What’s concerning authorities lately is that the female rate of overdose is increasing, as is the rate of people dying over the age of 50.

Fentanyl remains a concern, as its presence is still noted in the systems of most (83 per cent) who have died this year, but officials are now also watching closely the detection rate of benzodiazepines.

And it’s not just the effects the drug has on body that’s concerning, it’s that it can block the live-saving effects of the overdose antidote naloxone. Also known by the brand name Narcan, the substance is regularly used to treat those who’ve overdosed on opioids. But if a person has taken an opioid cut with benzos, the naloxone may not be able to bring them back.

Also increasingly present in recent months is the benzodiazepine analogue etizolam, which has been found in the toxicology results of 40 per cent of people who’ve overdosed from illicit drugs.

It too is a non-opioid sedative that doesn’t respond to naloxone.

In a news release Thursday that included the data, chief coroner Lisa Lapointe said her team is watching the “volatility and inconsistency” of the street drug supply.

“The reality is that every time someone uses drugs purchased from the unregulated market, their life is at risk,” she said.

“Until a safer, regulated supply is widely accessible, I encourage those using drugs to only use in the presence of someone who can provide help or call for medical assistance if that’s required.”