You Are Here Home Health News More than 1,000 Albertans in hospital with COVID-19 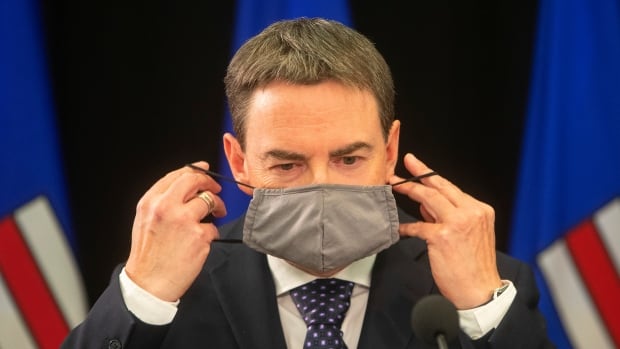 The number of Albertans in hospital with COVID-19 has surpassed 1,000, a milestone not seen since the peak of the fourth wave last fall.

Updated COVID-19 statistics released Monday by the Alberta government say there are 1,007 people in hospital, up from 822 on Friday.

The number of COVID-19 patients in intensive care has also increased, now at 94, up from 81 on Friday.

As well, there were 23 deaths reported to Alberta Health in the last 72 hours, including a child between the ages of five and nine who did not have any pre-existing conditions. Since the start of the pandemic, 3,403 people in Alberta have died of COVID-19.

Over three days of testing, from Friday through Sunday, there were 15,886 new cases identified out of 42,622 tests.

There are 72,368 known active cases of COVID-19 in Alberta but that number is reflective of positive PCR tests, which are only offered to specific groups of Albertans — mainly those who are at risk for severe outcomes and those who live or work in high-risk settings.

The government statistics on active cases do not include individuals who have tested positive with a rapid test — a group that now includes Health Minister Jason Copping.

“After displaying mild symptoms last week, I have taken a rapid test and tested positive. I am now isolating at home,” Copping tweeted on Monday afternoon.

In his tweet, Copping urged Albertans who haven’t gotten immunized or still need a booster to consider doing so.

After displaying mild symptoms last week, I have taken a rapid test and tested positive. I am now isolating at home. <br><br>Please stay home if you have symptoms, and take a rapid test if you can. /1

Here are how known active cases break down around the province:

As of Friday, more than eight million doses of COVID-19 vaccine have been administered in Alberta, with at least 85 per cent of individuals aged 12 and up having received at least one dose.