You Are Here Home Health News Most public health restrictions will stay in place across Quebec, premier says 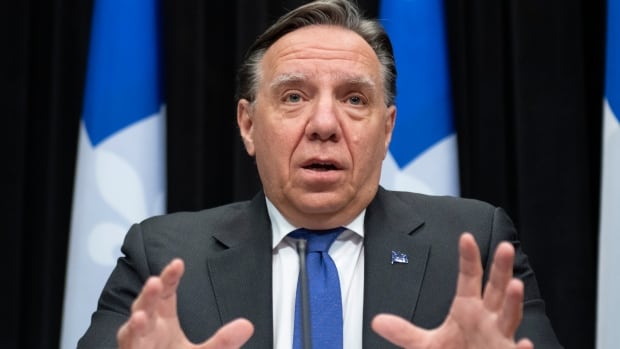 Quebec Premier François Legault says the COVID-19 situation is improving across the province but not enough to lift many of the public health restrictions on Feb. 8, as hoped.

That likely means keeping the curfew, which restricts people to their homes between the hours of 8 p.m. and 5 a.m., Legault said during his Thursday news briefing.

“The situation continues to improve compared to the last weeks but the number of hospitalizations is too high,” he said.

“We have to think about those who are waiting for surgery.”

The government was hoping to scale back public health restrictions by Feb. 8, but that was always a pencilled-in date, as officials planned to monitor the situation and extend it as needed.

As it stands now, Legault said, “We have to be realistic: most of the measures will continue.”

He said the curfew is deterring people from spending time in the homes of others, something that has proven to be a major vector for the virus.

“The curfew is working,” Health Minister Christian Dubé said. “We see that it works.”

However, Legault made it clear that nothing has been decided. He said the decision will be announced next week.

Legault said 80 per cent of hospital patients are 65 years old or over and 95 per cent of deaths are in that age range.

Until everybody in the province 65 and older is vaccinated, the province must do everything it can to protect those residents from the virus, he said.

However, vaccine deliveries have been again delayed, Legault said.

Looking ahead to the March break, the premier said the government is still looking at how it will restrict travel and gatherings. He said it is vital that people in the most vulnerable age group do not attend family gatherings or babysit.

The government is looking at many ways to stop people from travelling, he said. While roadblocks are being discussed, he said, police also need to be on duty to enforce the curfew.

He again called on the federal government to clamp down on international travel to prevent COVID-19 variants from taking root in Quebec. He said forced hotel isolation or a complete stop to non-essential flights is necessary.

Quebec Public Health Director Dr. Horacio Arruda said the seventh case of a COVID-19 variant first reported in the U.K. has been detected in the province.

With 1,264 people in hospital and the pandemic heading into its 11th month, Legault said health-care workers are exhausted.

While he had talked about lifting measures in regions outside of Montreal, Legault said it’s not just Montreal that is struggling to fight the pandemic. Even in some of the more rural areas, hospitalizations are high, he said.

That may mean restrictions will stay in place even in regions that are not overwhelmed by new cases or hospitalizations, the premier said.

While there are still decisions to be made, Legault said, there will be a day of commemoration on March 11 for all those lives lost to the disease. So far, 9,667 Quebec residents have died from COVID-19.