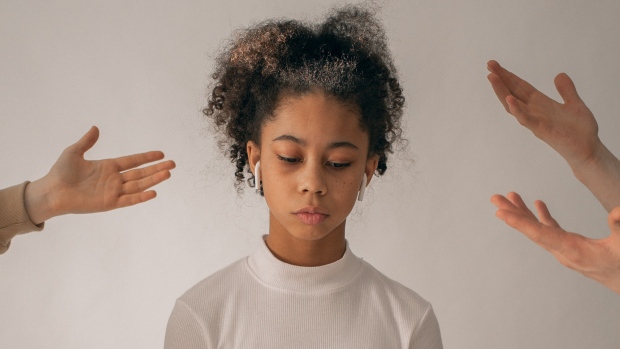 OTTAWA — Concern about the mental health challenges of young Canadians has been growing during the nearly two years of disruptions and repeated isolation during the COVID-19 pandemic.

But experts say we do not have the tools to properly assess the toll that the pandemic has taken on the mental health of Canadian kids. Creating standards for how mental health is measured could help grasp the scale of the problem.

Young Canadians reached out to Kids Help Phone about 4.6 million times in 2020, up from the 1.9 million connections in 2019, according to a report from the health service for youth.

Keith Dobson, professor of clinical psychology at the University of Calgary, said while certain metrics like hospitalizations and physician contacts are well-recorded, there are no standardized screening tools for mental health assessment in the country.

Dobson, who is also a researcher at the Mental Health Commission of Canada, said different groups and organizations, even within the same health-care system, will use different tools.

“That makes it really difficult to know what the rates are and how to compare them from place to place,” he said.

Paul-Emile Cloutier, president of HealthCareCAN, said standards are important for making sure money invested in the health system will actually result in positive outcomes.

“If you don’t have any standards, you won’t be able to evaluate if you’ve improved the health-care system of those people who are suffering from a mental illness,” said Cloutier.

Currently the provinces and territories are engaged in a “disjointed approach” to mental health care, where each province has a separate way of not only providing those services but collecting data as well, he said.

“And once you have that data, they don’t share that data with other provinces, which I think is a major unfortunate situation, because I think they should,” said Cloutier.

Dr. Tyler Black, a child and adolescent psychiatrist at University of British Columbia, said, “We haven’t done a great job in regularly surveying, or even monitoring national collections of this sort of data.”

Black, who is also a suicidologist, said there is a need for large national data sets to make any determinations about suicides among children, because it is less common, but it can take years to get that data in Canada.

“We’re not great in collating these types of things with modern, responsive, dashboard-style data. We get dumps of data every year, which makes it very hard to know what’s going on in the moment.”

Dobson said an existing tool that could be used as a standard for assessing depression is the depression module of the Patient Health Questionnaire, the latter a diagnostic tool for common mental disorders.

He said this measure is being used more internationally and can be used for adults and children alike.

Black said because that screening tool was designed in a very specific way, he would prefer one that is “unequivocal” to interpret, such as asking a patient point-blank how they are doing at this moment.

He said that while he appreciates researchers wanting to create complicated scales, they are simply turning a subjective question into a scale that acts as a proxy for asking the question directly.

He added that he would like to see child patients and their families give input in the types of measures used for kids’ mental health.

“There isn’t really a great one, unfortunately, for anxiety, because anxiety comes in different forms,” said Dobson.

“But if there was a standard tool that was used across the country, that would be fantastic.”

Cloutier said the selection of Carolyn Bennett as minister of mental health is a significant step forward for creating these types of countrywide standards.

Bennett said in an interview with CTV News published on Jan. 18 that the federal government’s proposed mental health transfers to provinces may be tied to showing standards are being met.

The development of mental health standards is one of the first priorities listed in Bennett’s mandate letter.

The office did not respond to a question about whether the minister would create standardized assessment tools.

This report by The Canadian Press was first published Jan. 30, 2022.