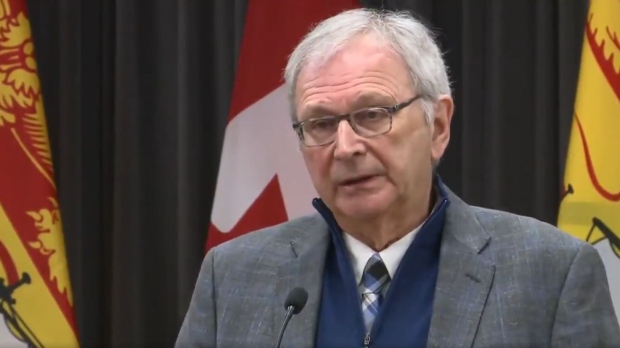 FREDERICTON, N.B — New Brunswick Premier Blaine Higgs has announced his government is backing down on a decision to close emergency rooms overnight in six community hospitals in the province, in order to allow for community consultations.

In a statement released late Sunday, Higgs says residents of rural New Brunswick face unique challenges, and that he can’t in good conscience move forward with the March 11 implementation date without addressing those concerns.

He says he will visit the communities with the affected departments — Sussex, Sackville, Sainte-Anne-de-Kent, Caraquet, Grand Falls and Perth-Andover — in April and May to get the views of leaders, health-care providers and citizens.

The announcement follows Deputy Premier Robert Gauvin’s decision last week to quit in protest over the reforms and opt to sit as an independent.

It left the minority government in the precarious position of facing a confidence vote or possibly calling an early election.

Higgs had said as late as Friday that his resolve had not changed, but that he would meet with his caucus to decide how to proceed.

“I have said time and time again that we are on a mission to save New Brunswick, and that includes tackling the crisis in health care,” Higgs said in his announcement to cancel the closures Sunday.

“But we need people in this province to be part of the solution and that must start with hearing from the people most impacted.”

Gauvin’s departure left the Tories and Liberals tied with 20 seats in the legislature. The Green party and the People’s Alliance have three each, Gauvin is the lone Independent and two seats are vacant.

He was the second Tory MLA to denounce the ER closures, after Bruce Northrup said Thursday he couldn’t support the move but intended to continue supporting the government in other areas.

Both the Greens and Liberals said they were prepared to defeat the government on a confidence motion.

Higgs said Sunday that the government will hold a health-care summit in June to develop a strategy for ensuring a sustainable and reliable public health-care system for the future.

The findings from the community meetings and summit will be released in the fall, Higgs pledged.