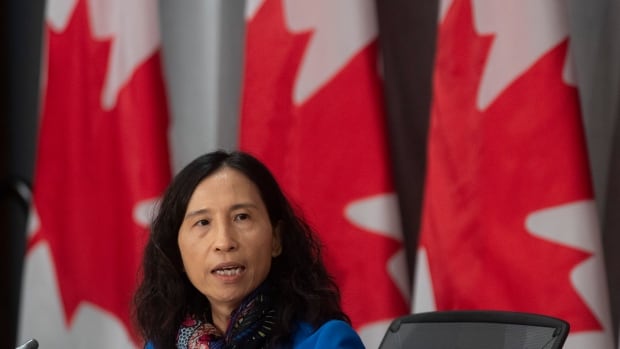 Federal health officials will give updated projections today on the number of potential cases and deaths in Canada from COVID-19, as debate ramps up across the country about when to ease restrictions around business and school closures, as well as physical distancing rules.

Dr. Theresa Tam, Canada’s chief public health officer, first released the federal government’s COVID-19 modelling on April 9. Those projections included a number of scenarios and long-term forecasts, including a death toll of between 11,000 and 22,000 over the course of the pandemic — even with ongoing physical distancing and other disease control measures.

Prime Minister Justin Trudeau will speak about the latest modelling during his daily briefing at 11:15 a.m. ET, before officials hold a technical briefing to release the detailed new projections at noon ET. CBCNews.ca will carry the events live.

The earlier modelling also included a shorter-term forecast, projecting between 22,580 and 31,850 reported cases and between 500 and 700 deaths in Canada by April 16.

However, by that mid-April date the number of Canadians who died because of COVID-19 topped 1,200 — more than double the lower estimates from the federal projections.

The first round of federal projections differed greatly depending on the level of physical distancing. Some provinces, like Saskatchewan, New Brunswick and Ontario, have already released tentative plans to ease those restrictions.

Ontario Premier Doug Ford is taking a more cautious approach. He released a plan for a staged reopening process but stressed it is a “roadmap, not a calendar.”

Ontario’s framework says the province must see a “consistent two-to-four-week decrease in the number of new daily COVID-19 cases” before the government begins loosening restrictions.

Ontario, Alberta to lower minimum age for AstraZeneca-Oxford COVID-19 vaccine to 40 from 55

Impacts of coronavirus lockdowns: New study collects data on pollutants in the atmosphere

Uncovering the secret of the hunger switch in the brain