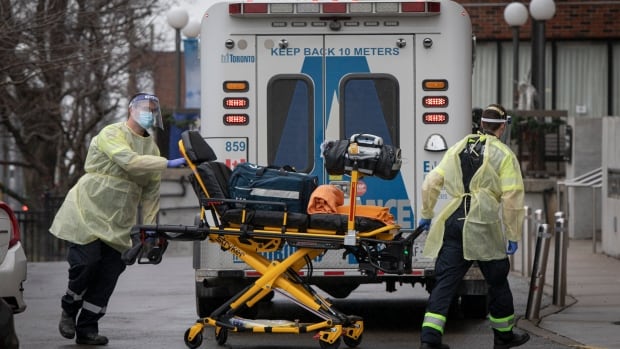 Ontario reported another 3,338 cases of COVID-19 and the province’s death toll topped 5,000 on Monday, as a government source told CBC News that a curfew will not be among further restrictions expected to be announced tomorrow.

The idea of a curfew, similar to the one recently implemented in Quebec, was floated as a possibility for Ontario as infections continue to surge. Premier Doug Ford said last week that revised COVID-19 forecasts show current measures are not doing enough to slow transmission of the novel coronavirus.

Sources told CBC News the updated modelling, set to be detailed at an 11:30 a.m. briefing tomorrow, projects the province’s intensive care units will be filled beyond capacity by early February. It also forecasts that Ontario is on track to see up to 6,000 new cases per day by the end of this month.

At a news conference Monday afternoon, Dr. Barbara Yaffe, associate chief medical officer of health, said that “urgent action” is necessary. She said that the cabinet is meeting about new recommendations Monday, before they will be announced tomorrow.

“Unfortunately, I’m not able to give you any good news today,” she said.

“The number of people who have lost their lives remains unbearably high.”

Ford has repeatedly said that “nothing is off the table” but has offered no specifics about what new restrictions could be coming. In a brief statement this morning, Ford said his cabinet will meet later today, with an announcement expected after the modelling has been released publicly.

Other public health units that saw double- or triple-digit increases were:

Combined, the additional cases bring the seven-day average of new daily cases to a record high 3,555.

There are now 30,632 confirmed, actives cases of COVID-19 provincewide.

The number of patients with COVID-19 in hospitals climbed to 1,563, 80 more admissions than yesterday. Of those, 387 are being treated in intensive care and 268 require a ventilator to breathe, a new pandemic high in the province.

Notably, Critical Care Services Ontario, which produces an internal report on ICU admissions and capacity each morning, puts Ontario’s current ICU figure at 409, according to Anthony Dale, president of the Ontario Hospital Association.

Ontario’s network of labs processed 46,403 test samples for the novel coronavirus and reported a test positivity rate of 7.7 per cent. Another 28,774 tests are in the queue to be completed.

The northern portion of the province is allowed to return to school buildings as positivity rates for COVID-19 in that region are relatively low.

All students began their winter term with online learning this month and the government announced last week that students in southern Ontario will continue attending classes remotely until at least Jan. 25.

Education Minister Stephen Lecce announced Saturday that the list of essential workers eligible for emergency child care would be expanded.