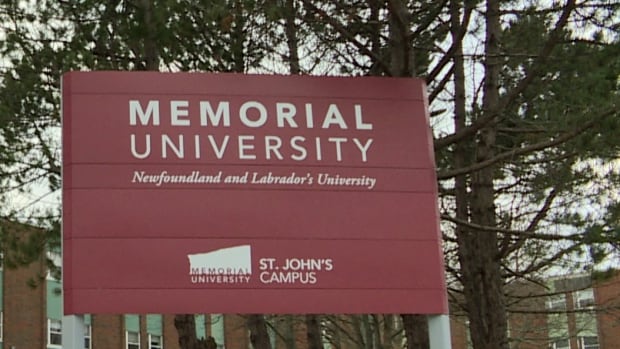 Employees at Memorial University are back to campus this week, but some are unhappy with the return being mandatory, and the paperwork required to get out of it.

One worker who spoke with CBC News on the condition of anonymity said he wants to stay home because three of his immediate family members have health problems.

Emails exchanged with human resources staff at MUN show he submitted his accommodation request with a note from his own family doctor, but MUN requested notes from all three doctors who treat his family members instead.

“So when I sent the form in the second time, there was the request form with three doctors’ notes. And in all cases, the doctors that had to write those three notes all thought that it was crazy,” he said.

“Now you have an institution that’s asking for medical information from somebody that’s not even employed by them.”

CBC News spoke with two employees who felt MUN administration should have trusted its employees to make decisions that were best for their families, especially after 10 months of working from home.

MUN told its employees in the fall that they were starting a staggered return to campus before the end of November, but a small spike in cases around that time prompted the university to postpone the return.

The employees were then told just before Christmas that they’d be required to return to work on Feb. 1, but the school abandoned its staggered approach and instead mandated everyone to move back to campus.

People can submit accommodation requests, which are being evaluated on a case-by-case basis.

“The health and safety of Memorial employees is at the forefront of all our decisions. We are guided by this principle, and our policy governing workplace accommodations,” reads a statement from the university.

“That policy requires employees seeking an accommodation to take an active role in the accommodation process, including providing documentation to support their request. This may include medical information. Shared information, communication and cooperation are necessary to ensure a fair process.”

The statement goes on to say that “compassion and empathy” would be guiding factors in assessing the requests.

To date, 73 accommodation requests have been made, and 43 have been approved. Many requests remain pending, and the university says only three have been denied so far.

One employee who has returned to work said she doesn’t feel her work space is large enough to fit everyone with a safe amount of physical distancing.

“You’re herding a lot of people into a small space. There’s just not a lot of consideration for the comfort of staff, perhaps. And that might seem a little petty or privileged,” she said.

“But I think one of the reasons they’re trying to get people to go back to campus is they’re touting the mental health aspect of having people return to a normal routine. But it just adds so much more pressure to people’s daily routines as it is, that I don’t know if they really considered the full scope of the mental health aspects for everyone.”

MUN does have stringent COVID-19 protocols in place, including a provision allowing supervisors to report if their work spaces are too crammed. In that case, accommodations can be made to allow for more distancing.

Both employees who spoke with CBC News said they felt MUN’s administration went about the situation wrong and did not give employees enough say in their work life.

“It should be something that can be arranged between staff and their respective supervisors or managers as long as productivity or service is not affected,” the male employee said. “It shouldn’t be something that’s mandated top-down.”