You Are Here Home Health News No proof smokers protected against COVID-19: epidemiologist explains how studies get misinterpreted 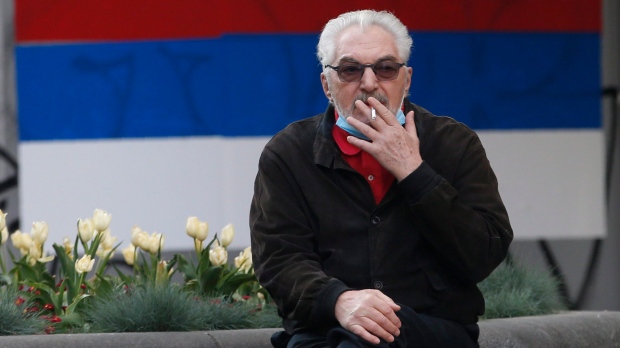 If you’ve seen these questions posed in dramatic headlines recently, you might be more than a little perplexed. After all, isn’t smoking a risk factor for COVID-19?

There have been numerous studies related to COVID-19 and smoking released over the past few weeks, and sifting through them all provides a confusing picture of just how a history of smoking affects a COVID-19 patient’s prognosis — or their chances of catching the virus in the first place.

Many studies have shown that when smokers end up in hospital with COVID-19, they have a much higher chance of developing severe complications, or dying.

Several news reports have used studies like these to suggest that current smokers may actually be protected from contracting the virus. But is this supported by the science?

In a nutshell, no.

CTVNews.ca talked to Eleanor Murray, an assistant professor of epidemiology at Boston University, to find out when and how these studies are being misinterpreted by media and the general public — and why it’s a concern.

Two recent studies causing a stir are a Paris study released in late April, and a study conducted in Italy that released a preliminary paper this week.

Both reported low levels of smokers among COVID-19 patients, and both posited this could point to smoking providing some sort of “protection.”

Murray was skeptical of this claim.

Her main issue with the studies she had taken a look at was their limited scope.

“The life expectancy among smokers is lower than among non-smokers. And so it’s entirely possible that if you’re looking at a sample that’s mostly older individuals, you might just expect any sample like that to have fewer smokers than the overall general population.”

In the Italy study, researchers looked at 441 patients confirmed to have COVID-19 between March 5 and March 31, in Parma, northern Italy.

According to the most recent data from the World Health Organization (WHO), around 23 per cent of Italians over the age of 15 are smokers. But less than five per cent of the COVID-19 patients were active smokers, the study said.

The median age of the patients was 71 years old. And of the 21 Italian smokers in the study who caught the virus, 11 died — a mortality rate significantly higher than for the non-smokers.

The study noted that researchers only looked at symptomatic COVID-19 patients who were receiving treatment, and theorized that “smoking could attenuate the normal defensive function of the immune system, which becomes tolerant of a continuous inflammatory insult, while the immune system of non-smokers may be more prone.”

However, Murray pointed out that a similar theory could be used to explain why the number of smokers among confirmed COVID-19 patients is low.

“If smokers already have decreased lung capacity, they may not notice the milder symptoms of COVID, for example, and they may not [be] getting tested as much,” she said.

According to WHO, around 31 per cent of those aged 15 and older in France are current smokers, and around 22 per cent are daily smokers.

Roughly 60 per cent of the outpatients and inpatients in the study identified as former smokers, however, leading to another problem: When did they quit?

The duration of a person’s smoking habit is a big confounder in this, Murray said. How long did a former smoker engage in the habit before they quit? How long has a current smoker been smoking regularly?

“It could be, ‘Well, I smoked when [in] my teens, then I quit and now I’m 80 years old and yes, I am a former smoker, but it doesn’t really have anything to do with my life right now,’ versus, ‘Oh, well, I saw on the news there was a respiratory disease going around and so I decided to quit smoking,’” Murray said.

Health officials all over the world have been stressing that smokers should quit in order to minimize their risk of complications if they catch COVID-19.

In the case of the France study, it muddies the data when it’s unclear what percentage of that 60 per cent quit smoking recently.

The France study also specified that they gathered this data by asking patients about their smoking habits, which leaves the possibility that some patients weren’t completely honest.

They acknowledge in the discussion portion of their study that “because this is a cross-sectional study, we cannot confirm the causality of this association,” between smoking and a potential protective effect. They also acknowledged that the outpatients they studied were from a limited area around a Parisian hospital, and that healthcare workers were over-represented in the outpatient group.

Their hypothesis is that it’s not the act of smoking that could protect people, but nicotine itself, theorizing that it could adhere to the cell receptors that the novel coronavirus targets and block the virus.

However, there is no proof of this yet.

The researchers said in April they planned to test further by using nicotine patches on health-care workers in a Paris hospital to measure if the nicotine could protect them, but these additional tests do not appear to have been carried out yet.

“Our findings should be interpreted cautiously,” the initial study said.

These two studies aren’t alone in their findings.

Several other studies assessing smoking and COVID-19 in China and in the U.S. have found lower percentages of smokers among COVID-19 patients than would be expected. But no study has yet revealed a definitive “why,” and Murray pointed out that there are many confounding problems to address, such as the impact of socioeconomic standing on smoking statistics.

“Taking the conclusion from [preliminary studies] that there’s some protective effect of nicotine is probably wishful thinking, just because there’s really no clear evidence here either way of whether smoking is at all protective [against] COVID,” Murray said.

The very idea of smoking being protective against COVID-19 is apparently enticing enough that even when researchers aren’t looking specifically at only smokers, it catches on.

Last week, Murray noticed a specific U.K. study on COVID-19 risk-factors that was gaining traction on Twitter — for all the wrong reasons.

The massive study, released on May 7, was a collaboration between the University of Oxford and the London School of Hygiene and Tropical Medicine. It used anonymized records of 17 million adults in the U.K.’s National Health Service in order to create a list of numerous risk-factors for COVID-19 deaths.

But in the sea of data, what caught the eye of the public were some strange numbers that seemed to imply current smokers were dying of COVID-19 less often than non-smokers.

“The media immediately picked it up and ran with the idea that smoking is protecting people from dying from COVID, [along with other] really strong causal claims, which were not at all the goal of the paper,” Murray said.

“The reason it’s getting play is I think it’s sort of feeding into things that people kind of wanted to be true.”

Murray explained in a “Tweetorial” — a Twitter thread unravelling the miscommunication — that the main issue was finding conclusions where the study only presented observed correlations.

There’s a new paper circulating today about “risk factors” for COVID19 which is getting misinterpreted in a pretty common way: applying conclusions about causation to results obtained via methods designed only for finding correlations.

“There are lots of different goals for research studies and you know, identifying is this a cause of that is not always the goal,” she told CTVNews.ca.

She said this study was simply aiming to describe potential risk factors that researchers might want to look into in the future regarding COVID-19.

In the study, there was a section assessing those who had never smoked, ex-smokers, and current smokers.

When researchers adjusted for only age and sex, current smokers were found to be 25 per cent more likely to die of COVID-19 than non-smokers.

But when researchers adjusted for the other risk factors they were looking at — including heart disease history, weight, lung disease history, etc. — current smokers were actually 14 per cent less likely to die of COVID-19 than non-smokers.

“If you compare smokers and non-smokers who have exactly the same age, level of heart disease, level of cancer history, et cetera, then the smokers seem to be doing better,” Murray said.

This was “one of the big issues,” with the study, she said, particularly when it came to the smoking data.

“An important thing to consider is that if you have heart disease and a history of cancer and you’re a smoker, it’s probably your smoking that has led to a lot of those health problems. But if you’re a non-smoker and you’re getting the same level of cancer history, heart disease, history, et cetera, as a smoker, it’s … quite possible you have a lot of much worse things going on in your life. And so your general health might actually just be less good.”

In other words, smoking is too entangled in some of the other risk factors to adjust for them in this way. We can’t trust the ‘14 per cent less’ figure because of the wider context.

“Adjusting for heart disease will make current smoking look related to COVID hospital death *even if it’s not*!” Murray wrote in her original tweet thread.

If the other cause of heart disease affects COVID19, hospitalization, &/or death in hospital with COVID, we have a problem

Adjusting for heart disease will make current smoking look related to COVID hospital death *even if its not*!

She emphasized that the U.K. study itself was an “impressive effort,” and that the “group should definitely be commended” for their work to compile all of this data.

WHAT HAPPENS WHEN SCIENTIFIC DATA IS TAKEN OUT OF CONTEXT?

“There’s this issue of the media kind of running with [a study’s] findings and over-interpreting them,” Murray said.

She added that when she tweeted out her explanation of the U.K. study, some researchers who had worked on it thanked her for clarifying that they weren’t aiming to imply causation in the smoking data.

It can be dangerous for media and those with large audiences to boost medical theories that haven’t been proven, she said.

“We saw it even a few weeks ago when [U.S.] President Trump was sort of opining on possible medical uses of bleach,” she said. “We saw several cities … in the U.S. reporting [an] uptick in poison control calls after that of people who had ingested bleach.”

“There’s definitely a risk that some people will make decisions which could be harmful for them based on these kinds of information.”

The World Health Organization emphasized this in a May 11 statement on smoking and COVID-19, calling for researchers and media outlets to “be cautious about amplifying unproven claims that tobacco or nicotine could reduce the risk of COVID-19.

“There is currently insufficient information to confirm any link between tobacco or nicotine in the prevention or treatment of COVID-19,” the statement reads.

“Certainly we would not recommend someone to take up smoking based on [these new studies],” Murray said. “And we would still be recommending that people quit smoking because smoking has a lot of negative [health effects].”

So how can the general public know while reading a study, or a news article about a study, whether it contains advice for their daily life?

“The main thing is to sort of ask yourself, ‘If I was going to make a decision based on this [study], what type of action would I take?’ And then ask yourself whether anyone in the study took that action,” Murray said. “If the study can’t tell you about what happened when people made that decision, you shouldn’t rely on it to make a decision on your own.”