You Are Here Home Health News One cup of milk per day associated with up to 50 per cent increase in breast cancer risk: study 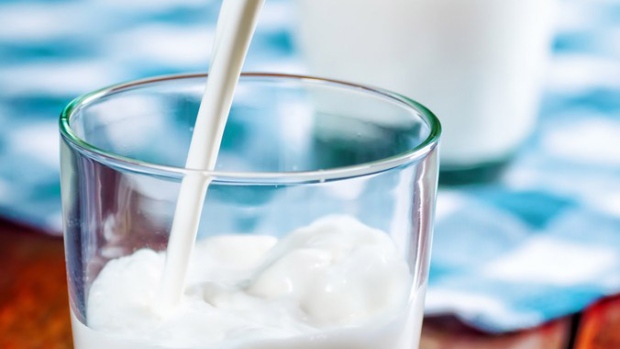 TORONTO — New evidence suggests that women who drink as little as one cup of dairy milk per day could increase their risk of developing breast cancer by up to 50 per cent.

Researchers say the observational study gives fairly strong evidence that dairy milk or factors closely related to the consumption of dairy milk is linked to the development of breast cancer in women.

“Consuming as little as one-quarter to one-third of a cup of dairy milk per day was associated with an increased risk of breast cancer of 30 per cent,” study author Dr. Gary Fraser said in a press release.

“By drinking up to one cup per day, the associated risk went up to 50 per cent, and for those drinking two to three cups per day, the risk increased further to 70 per cent to 80 per cent.”

More alarmingly, Fraser points out that these figures correspond with the current U.S. dietary guidelines, which recommend three cups of milk per day for adults.

“Evidence from this study suggests that people should view that recommendation with caution,” Fraser said.

Researchers followed the dairy consumption of nearly 53,000 women across North America for eight years as part of the study which compared dairy and soy product consumption. Participants’ family history of breast cancer, physical activity, alcohol consumption, medication use, and reproductive and gynecological history were also taken into consideration.

By the end of the study, 1,057 new breast cancer cases had been diagnosed.

Although no clear associations were found between soy products and breast cancer, those who had higher intakes of dairy milk were at greater risk of developing breast cancer when compared to those who drank little to no milk.

“The data predicted a marked reduction in risk associated with substituting soymilk for dairy milk. This raises the possibility that dairy-alternate milks may be an optimal choice,” said Fraser.

Researchers noted that the consumption of full fat versus reduced or nonfat milks had little impact on the results.

The study notes that the association between breast cancer and dairy milk could be related to the sex hormone content of the milk, noting that often 75 per cent of the dairy herd is pregnant.

Researchers also note that intake of dairy and other animal proteins has previously been associated with higher blood levels of the growth factor-1 (IGF-1) hormone, which is thought to promote certain cancers.

Fraser said that although dairy milk does have “some positive nutritional qualities,” additional research is required to understand the link between dairy consumption and certain cancers.

In January, Canada’s Food Guide was updated for the first time in more than a decade and noticeably de-emphasized dairy consumption, suggesting instead that water should be Canadians’ “beverage of choice.”

Lower-fat milk and plant-based beverages are listed as other options, though less preferred.