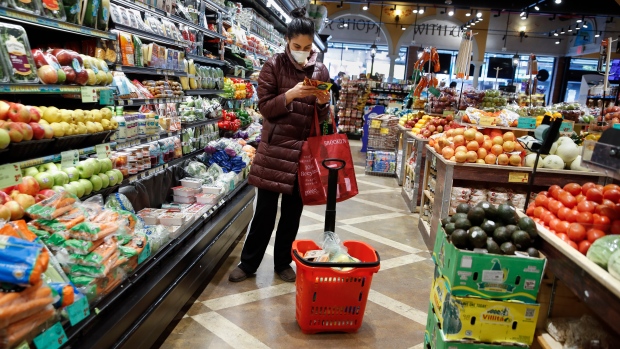 TORONTO — Have you ever missed or ignored those one-way arrows on the grocery store floor telling you which way the traffic is flowing? New research based on mathematical models suggests they can be “highly effective” in reducing the rate of direct transmission for COVID-19.

The study, published in the Proceedings of the National Academy of Sciences (PNAS), found that if all customers followed the one-way shopping aisles, the rate of direct transmission fell by 70 per cent. Partial compliance cuts the rate by 11 per cent.

But if the dominant method of transmission is due to air flow, or “wake” transmission — where a customer is following in the path of an infected customer in front of them — then the one-way measures had no impact.

“Intuition about the impact of one-way traffic on wake transmission is less clear: On the one hand, customers are less likely to move close to each other, but on the other hand they spend more time walking behind each other,” researchers wrote.

“We show that these effects balance each other: The direction of traffic does not impact the degree of wake transmission at all in our model.”

Physical distancing guidelines are effective against direct exposure, researchers said, but added that wake exposure would remain a concern.

The study, which set out to assess how well interventions like one-way aisles, store sizes and occupancy limits work, also found that reducing the speed differences of shoppers’ movements and controlling the number of customers that go through a store at a time can be effective interventions for both direct or wake transmission.

Adding a variable like a shopper stopping to look at a product (speed variable), for example, increases customer interactions and direct exposure. The study’s scope did not include quantifying that impact.

The study noted a number of other caveats as well, including the fact that the model does not include “real life” situations like interactions between customers and employees, as well as other variables like the quality of the ventilation systems, whether the transmission is by heavy droplets or aerosols, and the proportion of customers wearing a mask.

“We show that the optimal admission rate to a store falls as the disease prevalence rises and the ratio of profit to infection cost falls,” the study said.

“The results highlight the need for a better understanding of how the virus spreads in real-world conditions, so that we may choose the most effective interventions.”