Ontario Education Minister Stephen Lecce says he will announce on Wednesday the dates on which schools will reopen in the province.

“We want all students in all regions back to class,” Lecce said in a tweet on Monday.

Lecce said Dr. David Williams, chief medical officer of health for Ontario, has confirmed to the minister and Ontario Premier Doug Ford that he will finalize his advice on the matter on Wednesday.

“The Government will provide certainty parents deserve by announcing on Wednesday the dates for reopening,” Lecce said.

We want all students in all regions back to class.<br><br>The Chief Medical Officer of Health confirmed to Premier <a href=”https://twitter.com/fordnation?ref_src=twsrc%5Etfw”>@fordnation</a> &amp; I that on Wednesday he will finalize his advice.<br><br>The Government will provide certainty parents deserve by announcing on Wednesday the dates for reopening.

Earlier on Monday, Lecce said the provincial government is expanding COVID-19 testing for students and will allow boards to tap into teacher candidates to fill supply roles as more schools reopen amid the second wave of the pandemic.

Lecce announced the changes at a news conference at Queen’s Park on Monday.

Provincial officials said earlier that the targeted testing will be available in all public health units where students have returned to class. They said they expect that Ontario has capacity to complete up to 25,000 laboratory processed and 25,000 on-site, rapid antigen tests per week but offered no timeline on how long it could take to get to that level.

The testing will be voluntary and an option for both students and staff, officials said.

The Ministry of Education previously carried out about 9,000 targeted tests in some schools in Toronto, Peel, York and Ottawa between Nov. 26 and Dec. 18, 2020. Officials said today that public health units found that initial phase useful in tracking and containing COVID-19 cases within their respective boundaries.

Williams said the province recently worked with the manufacturer of the rapid antigen tests to approve a less-intrusive swab for young children, who sometimes struggle with the conventional nasopharyngeal method. 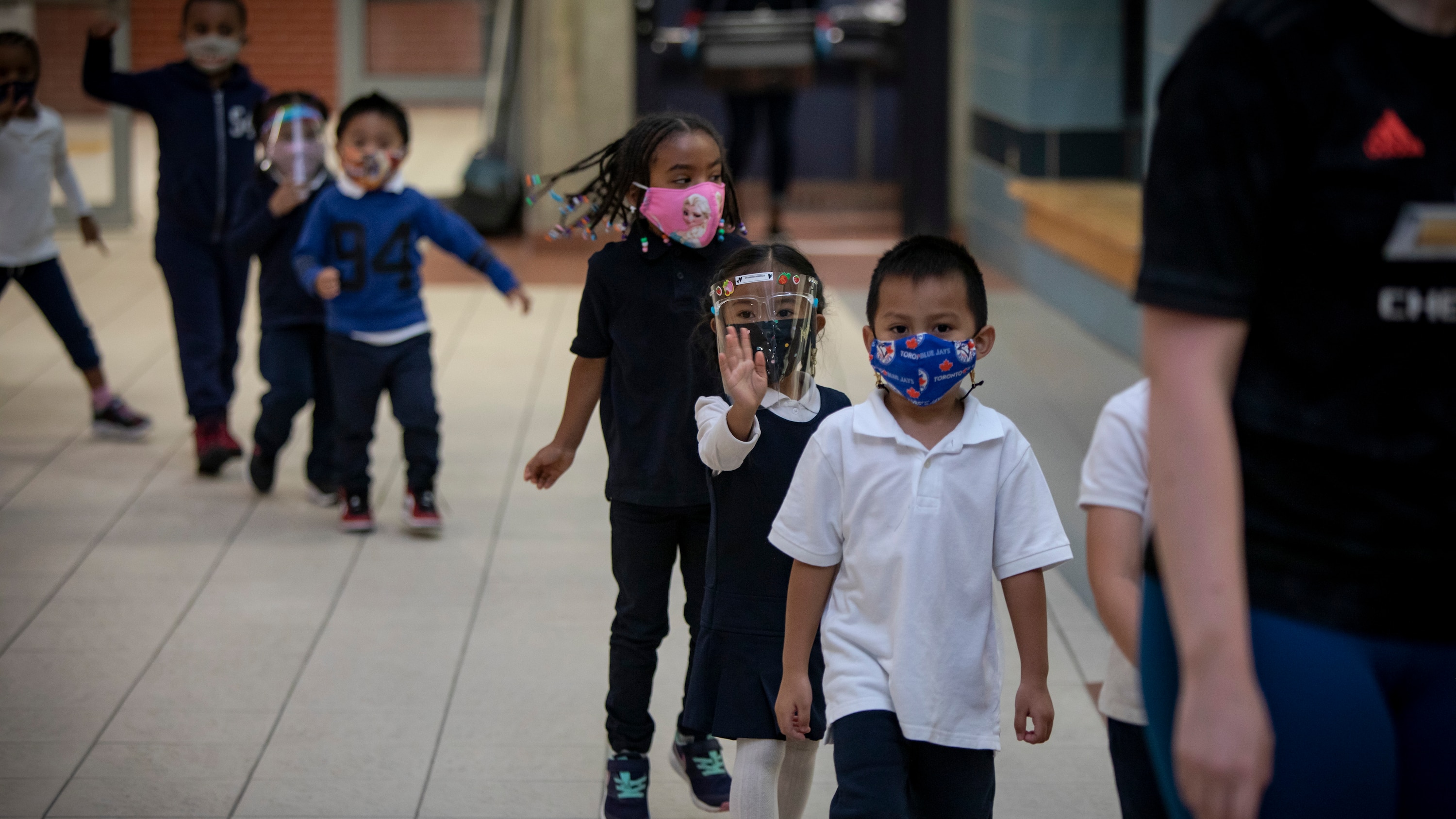 Expansion of the testing program accompanies the injection of another $381-million Ottawa recently released as part of Phase 2 of the Federal Safe Return to Class Fund. A previous $381-million in federal funds for school reopenings came last August.

That money will be put toward health and safety in schools, as well as the development of summer and online learning materials and mental health supports, among a host of additional priorities, Lecce said.

Meanwhile, to help school boards deal with teacher shortages, the province says it is making a temporary change to its teacher certification program.

The change will allow about 2,000 student teachers to fill supply roles, the province said.

The teacher candidates must be enrolled in a current program and have successfully completed a portion of it. They must also be scheduled to complete their program by Dec. 31, 2021.

Last fall, the province allowed boards to bring on retired teachers and principals as they looked to reduce average class sizes.

To date, more than 500,000 students in 19 of Ontario’s 34 public health units have been given a green light to return to classrooms. That includes those in the Middlesex-London, Ottawa, Southwestern and Eastern Ontario health units, areas where in-person instruction restarted on Monday morning.

The next wave of students, from Toronto, Peel, York Region, Windsor-Essex and Hamilton, are currently scheduled to return on Feb. 10.

Earlier, when asked if that return date is a certainty, Lecce said only that he hopes to have all students back in school as soon as it is safe to do so.

Williams said COVID-19 trends in the province suggest that transmission rates are falling in some of the hardest-hit regions, and that he is hopeful the Feb. 10 return date will happen. He said that local medical officers of health will have a say in whether a given region does move ahead with reopening schools.

In a recent letter to Lecce and Minister of Health Christine Elliott, regional health officials called on the provincial government to prioritize opening schools before lifting other public health restrictions aimed at reducing high levels of COVID-19 infection and hospitalizations from the illness.

“Upon careful review and consideration of local indicators, we believe it is possible, and in fact, imperative, that schools begin to open before the reopening of other sectors, as the stay-at-home orders are lifted provincially,” wrote Dr. Paul Roumeliotis, chair of the Council of Ontario Medical Officers of Health.

“Safe reopening of all schools in Ontario is essential.”

The letter, dated last Friday, cited guidance from Toronto’s SickKids Hospital that flagged “harms of prolonged school closures” and recommended daily in-person classrooms be “the last to close and the first to open.”

It also noted a recent paper from the U.S. Centers for Disease Control and Prevention that showed transmission risk within schools was low, with mask requirements and student cohorting in place.

Ontario has introduced some new safety measures in schools this winter — including masking for grades 1 to 3 — though debate continues about whether the measures are adequate.

A province-wide lockdown began in Ontario on Dec. 26, and it was supplemented with a stay-at-home issued earlier this month.

The measures appear to have, at least in part, curbed transmission of the virus. The seven-day average of new daily cases of COVID-19 in Ontario has been in steady decline since its peak on Jan. 11, and hospitalizations have slowed.

Revised models published last week, however, cautioned that variants of the virus could become dominant by mid-March.