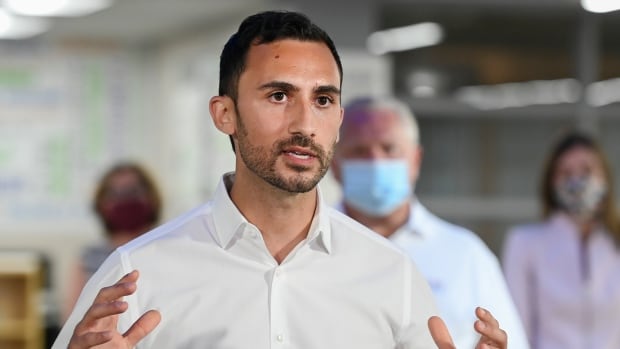 Ontario Education Minister Stephen Lecce is set to make an announcement Thursday afternoon as families in the province await news on whether schools will go ahead with March Break this year.

Lecce recently hinted that he would soon provide more information about the government’s plan for March Break, which this year is set for March 15th to 19th.

Some have speculated whether the annual week off would be cancelled to allow students to catch up on instruction that may have been missed during a turbulent school year.

Students in Ontario have been gradually returning to schools for in-person classes over the last several weeks.The last cohort from regions hardest-hit by COVID-19 — Toronto, Peel and York — are slated to head back to school on Feb. 15.

Lecce has said that any decision about March Break would be guided by medical advice from public health experts.

Earlier this week, the Ontario NDP called on the government to move ahead with the break as planned, saying that both students and educators are burned out from the stresses of online learning and navigating health protocols amid the pandemic.

The province’s largest teachers’ union has also advocated for the government to keep March Break in place.

The new cases also include 258 in Peel Region and 116 in York Region.

(Note: All of the figures used in this story are found on the health ministry’s COVID-19 dashboard or in its Daily Epidemiologic Summary. The number of cases for any region may differ from what is reported by the local public health unit because local units report figures at different times.)

According to the Ministry of Health, the number of people with COVID-19 that were in hospitals fell by 65, down to 883. Of those, 299 were being treated in intensive care, the first time that figure has fallen below 300 since Dec, 28, 2020.

Public health units also reported another 18 deaths of people with the illness, bringing the province’s official death toll to 6614.

At 3 p.m. ET. today, the head of Ontario’ COVID-19 Science Advisory Table will present the group’s latest projections for the virus in the province.