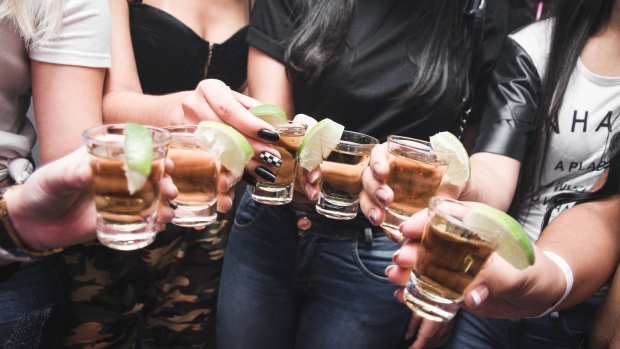 TORONTO — The Ontario Medical Association (OMA) is calling on the government to rethink allowing indoor bars to open their doors as part of Stage 3 of the province’s COVID-19 reopening plan, citing spikes in the number of novel coronavirus cases in other jurisdictions.

The OMA, who represents more than 43,000 physicians and medical students, argues that “reopening is not an all or nothing situation” and that in places like the United States, Spain and England, the reopening of indoor bars have led to outbreaks of COVID-19.

“The evidence from other jurisdictions is that the reopening of bars carries significant risk,” OMA President Dr. Samantha Hill said in a news release issued Friday.

As of Friday, at least 30 new COVID-19 cases in Montreal were linked to nine bars in the area, prompting the government to consider closing bars and nightclubs in the city. Quebec officials ultimately decided not to close the establishments, but urged anyone who visited a bar in Montreal to get tested for COVID-19.

In Ontario, 24 regions moved to Stage 3 of the provincial reopening plan. Under the new guidelines, gyms, bars, dine-in services and cinemas are now allowed to open.

At the same time, provincial health officials are still urging residents to remain physically distant from anyone not in their 10-person social circle.

While the Greater Toronto Area has not yet moved to the next state of reopening, bar patios that were allowed to reopen in Stage 2 have already experienced overcrowding.

The incidents have prompted the Alcohol and Gaming Commission of Ontario to partner with the city and Toronto police to increase inspections of “liquor licenced establishments” this weekend.

Given recent examples of bars in Toronto violating the restrictions set out in the Emergency Management and Civil Protection Act, the AGCO, @cityoftoronto and @TorontoPolice will be teaming up to increase inspections of liquor licensed establishments in the city this weekend.

At least one Toronto nightclub has had their liquor licence suspended after holding an alleged indoor party.

The OMA is arguing that allowing bars to open in Stage 3 may lead to a spike in COVID-19 cases, adding that in other jurisdictions public health restrictions had to be re-tightening following an increase of patients related to the region’s nightlife.

The medical association noted that transmission of the disease occurred at the establishments despite public safety guidelines were adhered to.

“We know how important reopening is for business and Ontario’s economy and we strongly urge the government to learn from other jurisdiction’s mistakes when it comes to reopening bars,” OMA CEO Allan O’Dette said.

“We need to keep moving forward but caution is needed as we can’t afford another full lockdown.”