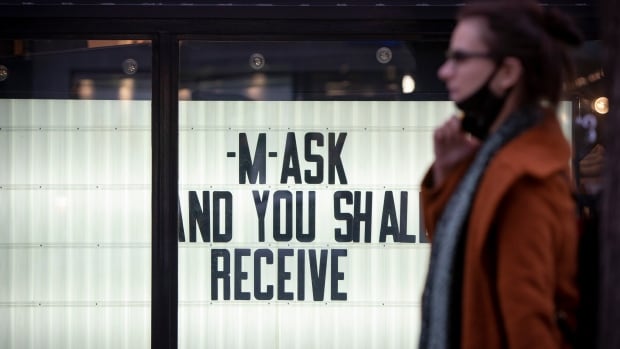 Premier Doug Ford is scheduled to hold a news conference beginning at 1 p.m. in Mississauga. Ford’s office says he will be joined by Education Minister Stephen Lecce.

Then at 3 p.m., Ontario’s chief medical officer of health, Dr. David Williams, is set to provide a briefing on updated COVID-19 projections.

You can watch both live in this story.

Ontario reported another 1,478 cases of COVID-19 and 21 more deaths linked to the illness on Thursday.

There are also 88 school-related infections, 70 students and 18 staff members. There are 679 publicly-funded schools in Ontario, or about 14 per cent, with at least one reported instance of COVID-19. Four schools are closed due to outbreaks.

The new cases drive the seven-day average up to 1,423 after two days of declines.

There are 12,871 confirmed, active cases of COVID-19 provincewide, 92 more than yesterday.

Ontario’s network of labs processed 47,576 test samples for the novel coronavirus and reported a test positivity rate of 3.9 per cent.

The numbers come hours before the province is set to release new COVID-19 projections.

It will be the first time they have released such data since sending Toronto and Peel Region into lockdown earlier this week.

Two weeks ago, the province unveiled modelling that showed Ontario could see as many as 6,500 new daily cases of COVID-19 by mid-December unless steps are taken to limit the spread of the virus.

At the time, Dr. Adalsteinn Brown, one of the experts behind the projections, said a five per cent growth rate was “slightly optimistic.”

Meanwhile, Ontario is moving to cap the fees third-party delivery apps impose on restaurants in regions where indoor dining is prohibited.

The associate minister of small business says the Progressive Conservative government will table legislation today that would give the province the authority to temporarily limit how much apps such as UberEats and DoorDash can charge restaurants in the grey or lockdown COVID-19 restriction zone for their services.

Prabmeet Sarkaria said companies who contravene the proposed law could face fines of up to $10 million.

He said restaurants can expect to see a cap of 15 per cent on delivery fees — similar to what was done in New York City, which recently capped delivery app commission fees at 20 per cent to help restaurants weather the pandemic.

The bill also aims to protect the pay of delivery drivers and ensure companies don’t restrict their delivery zones or cut out certain restaurants.

The proposed law is meant to provide temporary relief to restaurants that are now forced to rely on delivery and takeout orders as their only source of revenue due to COVID-19 restrictions barring indoor service.