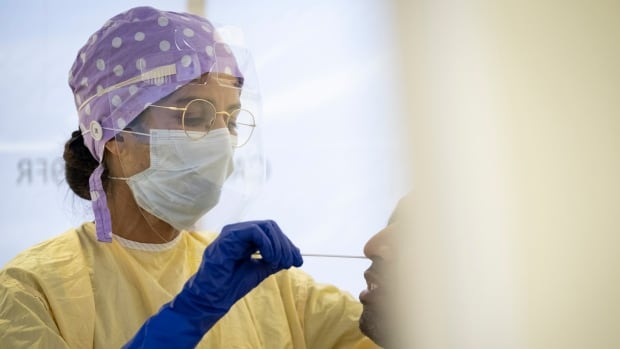 Ontario reported 216 additional cases of COVID-19 on Tuesday, after confirming fewer than 200 new daily cases in eight of the last 10 days.

The province also reported its first COVID-19-linked death in a patient under 20 years old.

She lived in Toronto and contracted the novel coronavirus through community spread, according to the Ministry of Health. Toronto Public Health officials say the girl is between zero and nine years old and “died with COVID-19, but not as a result of COVID-19.”

She was tested on June 18 and received her results on June 20.

The death is still under investigation by the local public health unit as well as the Ontario coroner’s office.

Health minister Christine Elliott said the province still had to include the infection in provincial data in order to do proper contact tracing.

Her death is just the fifth in persons under 30 since the outbreak began in Ontario in late January.

As has been the trend in recent weeks, the newly reported infections of the novel coronavirus are concentrated in just a handful of public health units. Namely Toronto, Peel and Windsor, as well in York, which confirmed 27 cases after several straight days with fewer than 20.

“While it’s too early to draw conclusions from a single day of data, we’re watching closely for shifts in [COVID-19] trends as we gradually reopen the province’s economy and as local public health officials work quickly to contain any spread,” said Health Minister Christine Elliott in a series of tweets this morning.

The relative rise in new cases comes as both Toronto and Peel Region joined the 31 other public health units already allowed to proceed into the next phase of Ontario’s reopening plan. Only Windsor-Essex  — which is dealing with outbreaks among migrant workers in the agri-food industry — remains in Stage 1.

Ford once again reiterated his ask for more testing on farms in Windsor-Essex Tuesday, adding they’ll be releasing more information on a plan to protect workers in the region on Wednesday.

“We have to make sure that testing is available to our farmers and to the workers,” Ford said.

There are now 2,127 active cases of COVID-19 in the province, down considerably from the 5,600 at the peak of the outbreak but 32 more than the last update. Active cases had been consistently trending downward for several weeks.

Further, the number of patients in Ontario hospitals with confirmed cases of COVID-19 increased yesterday for the first time since June 2, up 23 to 288 from 265. Conversely, the number being treated in intensive care units and on ventilators both dropped slightly, by 1 and 4, respectively.

The number of tests processed by the province’s network of labs yesterday dropped below 20,000 for the first time in nearly two weeks, with 16,189 tests completed. Another 16,418 are in the queue waiting to be processed, the Ministry of Health says.

Meanwhile, Ontario’s COVID-19 death toll grew by 10, up to 2,619. A CBC News count based on data provided directly from public health units puts the real toll at 2,655.

About three quarters of all deaths in the province were residents in long-term care homes, while more than 95 per cent of fatal cases of the illnesses have been people over the age of 60.

The Premier and health officials faced questions Tuesday about whether they’ll change their position when it comes to wearing masks in the province. Right now, wearing a mask is not mandatory.

He said local officers of health could use their powers to enforce the wearing of masks if they feel it’s necessary in their region.

Officials say you should always wear a mask if you cannot keep at least six feet of distance from someone outside of your established social circle.